Justice advocates ask brands to join fight against social network, which is stuck between dueling forces
READ THIS NEXT
Square to buy Jay-Z's Tidal music service and appoint him to the board 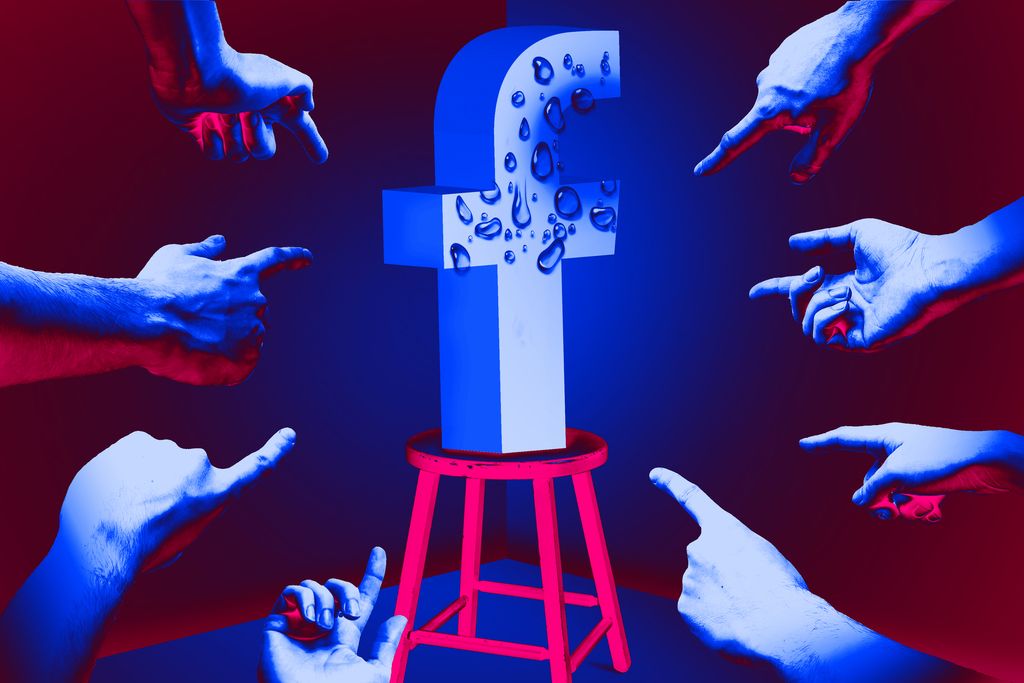 Facebook defended itself on Wednesday from what Nick Clegg, VP of global affairs and communications, called "countervailing sides," pressuring the social network to police more speech on one end and to keep its hands away from political posts on the other. Meanwhile, brands are starting to feel pressure, too, after civil rights groups issued a call to stop advertising on Facebook.

On Wednesday, Facebook's public policy leadership team came out to detail the social network's position between competing forces in U.S. politics. President Trump and Republican allies have pushed legislation to prevent Facebook from moderating his posts, while rival candidate for president Joe Biden and Democratic lawmakers urge more action against what they consider to be dangerous speech on the platform.

"The trump administration is demanding that we stop or reduce censoring content, fact-check less material," Clegg said in a call with reporters on Wednesday. "Civil rights groups and the Biden campaign are demanding that we censor and or fact-check more. Policymakers are just going to have to decide what rules they want for campaigns and for the role of the internet in times of electoral campaigns."

Clegg was repeating an argument that Facebook CEO Mark Zuckerberg has made before--that the social network would enforce its policies, but that any meaningful change to what speech is allowed would have to come from governments.

There has been legislation brewing to regulate social platforms, but one of the most significant laws is coming from Republicans, who want to strip internet companies of their immunity under Section 230 of the Communications Decency Act. Republican Senator Josh Hawley introduced a bill this week that would weaken the protections internet companies receive, holding them responsible for the content that appears on their services. As it stands, internet platforms are immune from liability over content published by individual users.

Internet companies have criticized the effort to undo Section 230, saying it would mean they would have to censor more content. "In the end, that means less speech of all kind appearing online," Clegg said.

The political jockeying is proving to be a nagging issue for Facebook, because it is tinged by the racial justice protests in the U.S. On Wednesday, civil rights groups, including the NAACP, the Anti-Defamation League and Sleeping Giants, advocated that advertisers stop buying ads from the company through the month of July.

"We are asking all businesses to stand in solidarity with our most deeply held American values of freedom, equality and justice and not advertise on Facebook’s services in July,” the civil rights groups said in an ad that appeared in The Los Angeles Times. “Let’s send Facebook a powerful message: Your profits will never be worth promoting hate, bigotry, racism, antisemitism and violence.”

At the heart of the debate are two Facebook posts last month by President Trump. In one message, Trump questioned the legitimacy of mail-in voting, which people argued violated the social network's policies on misinformation around elections. The other message, Trump sent at the height of the protests over the killing of George Floyd in Minneapolis. The president suggested shooting people who were demonstrating in the streets, which many argued violated Facebook's policies against promoting violence. Twitter moderated those same messages from Trump.

There have been growing calls from corners of the advertising world to protest Facebook. Last week, a social media executive at IPG Mediabrands wrote a LinkedIn post that called for advertisers to hold Facebook accountable. A group on Twitter called "Detox Facebook" has reached more than 5,000 followers and is shaming brands that serve ads on the social network.

On Wednesday, Carolyn Everson, VP of global business group at Facebook, reached out to advertisers by email to outline the steps the company has been taking to maintain the integrity of the platform. “In my last email I talked about it being the most challenging week I have ever had,” Everson wrote in the email obtained by Ad Age. “And yet I remained optimistic because of the passion and energy being channeled into solutions that make a difference. Your feedback has been incredibly valuable to us. And we know we have a long five months ahead of us to get to the U.S. election, let alone everything else going on in the world.”

Everson relayed to brands the election updates Facebook announced on Wednesday. Facebook implemented a tool that allows users to opt-out of receiving political ads. It also updated its political ads library, which reveals information about who is running political ads. Users will be able to see breakdowns of political ad spending in U.S. House and Senate races.

Facebook also announced a new voter information hub, modeled on the coronavirus information center it created. It promised to populate the voter hub with accurate information about voter registration and polls. Facebook also said it expects to help 4 million people sign up to vote in the U.S.