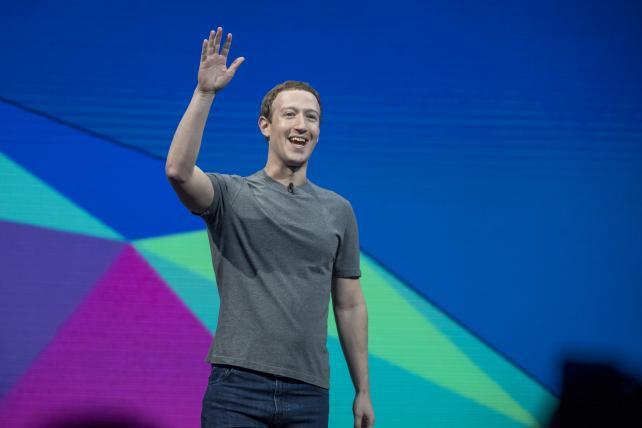 Facebook's ad empire is facing worries including brand safety on the live video it carries and constraints on inventory growth, but it had a strong start to 2017 all the same.

The social network said Wednesday that it took in $7.86 billion in ad revenue in the first quarter, a 51% jump from the equivalent period last year. Its ad sales were propelled by its massive user base, a laser focus on lucrative video ads, and re-developing its Instagram unit to compete with the insurgent Snapchat.

Instagram announced this week that it has 200 million daily viewers watching its newish Stories, 24-hour vertical-video diaries shared by users and publishers. The format was built to take on Snapchat, which pioneered vertical video Stories. An apples-to-apples comparison is not available, but Snapchat has about 160 million daily users, while Instagram cites 700 million monthly users.

Facebook has also moved to make it easier for advertisers to buy a presence on Instagram. "Facebook and Instagram ad sales are now in one holistic platform," said Harry Kargman, CEO of Kargo, a publishing ad technology platform. "That opens a vast amount of inventory, and if you've been on Instagram lately it feels like there's a ton more advertising."

After years of fueling ad sales by adding inventory to its main News Feed, Facebook has begun to calculate that there isn't much further it can go in that direction, warning that its growth this year could face headwinds as a result.

It repeated that caution on Wedesday.

But it is looking for new inventory where it can. It has introduced vertical video ads in Instagram Stories and is testing commercials in live videos.

Facebook is also dealing with many of the same digital ad dilemmas facing digital publishers, with advertisers demanding stricter standards on matters including how ads are measured.

The brand-safety concerns that beset YouTube this spring also affect Facebook, where users have posted video of violent incidents and advertisers are beginning to scrutinize content more closely.

On Wednesday, Facebook said it would hire 3,000 monitors to review live videos for bad content, a tast that took on added urgency after a live shooting death was streamed last month.

But there have been signs that publishers are pulling back from one of its core programs, Instant Articles that let users read publishers' content without leaving Facebook, according to a number of partners, who spoke on condition of anonymity. The media partners typically don't make as much money from stories on Facebook as they do on their own websites, they said.

If they stop posting on Facebook, that could have an impact on ad inventory.

Also, top brands and media holding companies have been pressuring Facebook, Google and major publishers to follow stricter standards when measuring ads' viewability. Facebook counts an impression more quickly than industry guidelines call for. If advertisers decide that many Facebook ads aren't on-screen long enough to be worth paying for, that constricts the platform's supply of desirable ads further.

"There's no question viewability will have material impact on inventory," Kargman said.

Facebook is still growing, however, hitting 1.94 billion monthly active users, an increase of 17% from the same time last year, so that goes a long way toward alleviating these pressures.

Facebook is focusing on data and targeting, too, as a way to create more efficient and lucrative ads for brands. Chief Operating Officer Sheryl Sandberg told analysts that the company is working with brands and agencies to reach business goals beyond just focusing on ad views, which has become an industry obsession.

"What matters is the impact on sales," Sandberg said.