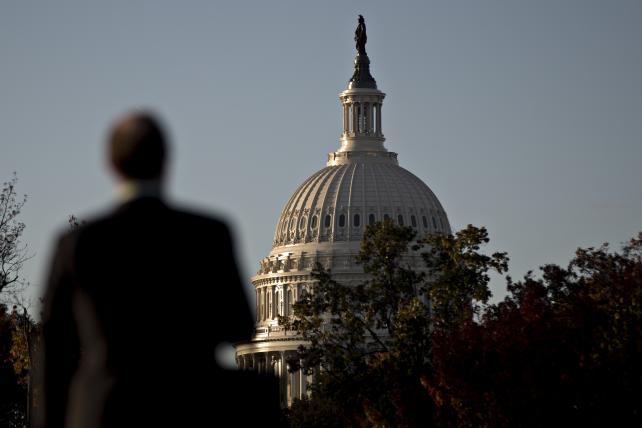 Political consultant Mark Jablonowski predicts that Facebook won't lack for political ads during this year's campaign season despite the rancor caused by Russian election meddling and a massive data leak.

"For the time being, people are still on Facebook, and political advertisers want to advertise where their constituents are," says Jablonowski, partner and chief technology officer at DSPolitical, a digital ad firm that serves Democrats.

Facebook has grown into a colossus in campaign spending, serving up a rich bounty of intimate data that is used to target potential voters from among its online audience of more than 200 million monthly users in the U.S. Campaign spending on Facebook and other digital media will rise to an estimated $600 million this year, compared with about $250 million in 2014, the last congressional election year without a presidential contest. That's roughly one-fifth of the money expected to be spent on campaigns this year and Facebook is poised to get three-fifths of that.

Yet Facebook's role in American elections is under intense scrutiny amid revelations that the data of millions of users was obtained by a political consulting firm linked to President Donald Trump. The firm, Cambridge Analytica, had siphoned data from some 50 million Facebook users as it built an election-consulting company that boasted it could sway voters in contests all over the world.

And questions remain about how Russia used the platform to sway the 2016 presidential campaign. An indictment by Special Counsel Robert Mueller described a multiyear effort by the Internet Research Agency, a Russian outfit, and others to shape American opinions, including by impersonating Americans on Facebook, Instagram, Google's YouTube and Twitter. About 150 million users saw posts from a St. Petersburg-based troll farm whose main purpose was to push Kremlin propaganda, and 11 million users saw ads it purchased.

Members of Congress want Facebook CEO Mark Zuckerberg to testify about the scandals, even after he broke days of public silence to outline steps to prevent a recurrence and to suggest that more regulation may be appropriate. House lawmakers sent him a letter Friday, saying "many questions were unanswered" by Facebook representatives who briefed congressional staff, and that "you are the right person to testify."

More disclosure about ad sponsors is "a first step," says Larry Noble, general counsel for the Campaign Legal Center, a Washington-based policy group dedicated to strengthening democratic processes. "Let's find out who's paying for these ads."

"We may be at the beginning of a close look at the internet, and a public realization that it's not just the kid in the bedroom blogging about something," Noble says.

Ad transparency by this summer

Asked about the potential impact of the scandals on Facebook's campaign revenue, spokesman Andy Stone referred to public statements by company executives pledging to protect user data. Facebook is testing advertising-transparency tools in Canada and will bring them to U.S. users by the summer, Stone said.

The company generated more than $40 billion in revenue from all sources last year.

Jablonowski, the Democratic consultant, says regulations may dim but won't seriously dent, Facebook's appeal as an advertising vehicle for campaigns.

"There will be additional scrutiny and additional hoops that advertisers will have to jump through that I'm sure will cause some political advertisers not to spend as much," he says.

"There's no expectation in our industry that we see any candidate, campaigns or PACs slowing down in their online advertising, whether that be through Facebook or any other channel," he says. "Regardless of the stuff that's popping up in the news."

Digital media's share of campaign ad spending will exceed half the portion taken by local TV stations, the traditional heavyweight of campaign spending, according to ad-tracking firm Borrell Associates. More money's flowing into digital media, and also into cable TV, in part because it can target a defined audience better than TV broadcasts, according to Borrell.

Digital spending is "real easy and it's real cheap. And you can test it for almost nothing," said Kip Cassino, an executive vice president at Borrell, who estimates that Facebook accounts for about three-fifths of digital campaign spending.

It stands out for ease of use: Trump digital campaign manager Brad Parscale tried out 100,000 different messages in 2016 as he built an operation that raised the candidate's profile—and millions of dollars in campaign donations.

Trump last month named Parscale to be campaign manager for his 2020 re-election bid. The hiring signals that the campaign is likely to be a digital-first—or at least digital-heavy affair, that will once again leverage Facebook and other social media to galvanize the president's followers and raise money.

Ad buying platforms, including Facebook's and those created by Alphabet Inc.'s Google, allow buyers to send millions of ads with little oversight, says Chris Nolan, whose firm Spot On has been buying online ads for Democratic campaigns since 2008.

"The only thing you need right now to buy political ads on the internet is a credit card and a web browser," Nolan says.

The Kantar Media/CMAG ad-tracking unit projects growth in campaign spending on local broadcast TV spending this year too, but at a slower pace than digital. The company estimates $2.4 billion will be spent this year on broadcast TV, up from $2.1 billion in 2014.

Retirements from House and Senate seats have created competitive races, and three dozen governor's races—including an expensive one in Illinois pitting wealthy candidates—will add to the totals.

The spending shift comes as lawmakers, investigators and regulators scrutinize social media's role. The Federal Election Commission advanced new regulations for online advertising disclosures for the first time since 2006. The rules would require disclaimers identifying the sponsors of online, mobile and other forms of digital advertising, offering alternative rules. A public hearing is scheduled for June.

U.S. senators including Democrats Amy Klobuchar, of Minnesota, and Mark Warner, of Virginia, are pressing for more accountability from Facebook and other companies after revelations their platforms were used by shadowy Russian groups that sought to sway the 2016 election.

Facebook, after stressful hearings before Congress last year, has promised what Zuckerberg called a "major ads transparency effort." Among reforms: Facebook will require political advertisers to include a disclosure of their identity that can be accessed when users viewing ads click on a box.

That response is insufficient, according to Warner. He says that political ads sold online should be subject to the same rules as ads sold on TV, radio and satellite, where sponsors must be identified.

"Facebook has taken some first steps," Warner says. "But I still believe that legislation will be necessary in order to address the kind of disinformation campaign the Russians executed in 2016."