'Facebook Has Not Reached Saturation': 5 Things to Expect From Wednesday's Earnings Call 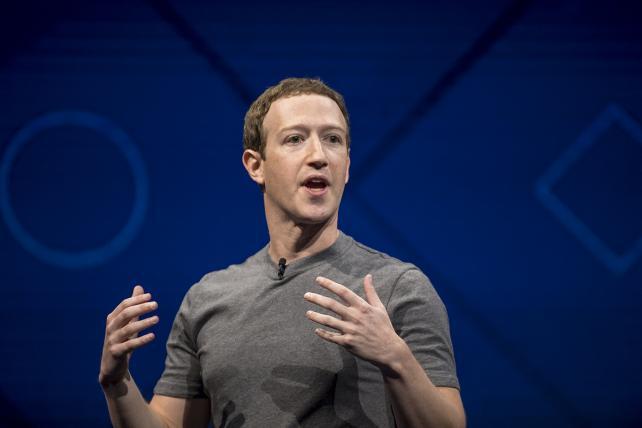 Some say Mark Zuckerberg is acting like a presidential contender. Currently on a 50-state listening tour, he's been photographed in highly orchestrated settings showing off his everyman side, visiting farms, factories, military bases and coffee shops as he mingles with the locals.

The reality is Zuckerberg already is the unelected president of a massive community, a milestone the company will likely emphasize in its next public quarterly report on Wednesday. In June, the social network announced it topped 2 billion monthly users.

Here's what to expect from Zuckerberg's state of the network, as Facebook releases its second-quarter numbers this afternoon.

Thumb on the scale
The best move Zuckerberg ever made was training the market to think a billion is the only number worth talking about when it comes to platform size.

Facebook is now able to tout 2 billion monthly users; those are people who check in at least once every four weeks on either desktop or mobile devices. "Facebook has massive scale no one else could match," said Alec McNayr, COO at social agency McBeard.

Since last quarter, Facebook's number of daily users has held steady at 1.3 billion (still up 18% from the year before). Messenger app and Instagram claim 1.2 billion and 700 million monthly active users, respectively.

Ad load
Facebook has said this was the quarter when it would start approaching peak ad loads in News Feed. For marketers, this could mean fewer available ad slots to get in front of people, leading to fewer opportunities to grab consumers.

"Ad load will not continue to grow at the same pace in the future, as the social media giant seeks to enhance its user experience," Merkle, a marketing agency, said in a new report. "Impression and click growth

Brands on Merkle's platform increased their Facebook spending by 56% in the second quarter, which just represents its clients. Growth in social media spending is still outpacing other digital areas, like search, according to Merkle.

Video hopes
Facebook is banking on video to change the whole platform, and how advertisers view the social network. It wants to dip into television budgets, and is investing in live video programs and longer-form video on demand. Facebook essentially wants to be television on the internet.

Video accounted for 40% of brands' ad spending on Facebook, according to Aaron Goldman, chief marketing officer at 4C, a data and tech advertising platform. "Video is coming on strong," Goldman said. "It's open road ahead for video as Facebook cracks into TV budgets."

So much video also gets expensive; Facebook has been acting like Netflix, buying tentpole shows. It also needs to pay the bill for streaming all that video. Facebook is still testing new video formats like mid-roll commercial breaks.

New ad space
Facebook also has Instagram and it just started serving ads in Messenger in July, which won't have an impact on the second quarter. Instagram accounts for 12% of Facebook's ad revenue, and will approach $4 billion this year.

"The marketplace still hasn't caught up," said Chris Tuff, director of business development and partnerships at 22squared. "Just look at time spent on Facebook and Instagram and there's still a huge disparity with big spenders. Facebook has not reached saturation."

Publisher problems
Facebook has started to recognize its responsibility for keeping some of its biggest partners motivated to stick with the platform. Publishers have been concerned that as they keep giving away their articles and videos, their audiences become more loyal to Facebook -- and they make less money.

At the same time, Facebook is combating bad actors, such as publishers that spread false news, damaging the credibility of the platform.

Facebook launched what it calls a "journalism project," and has been meeting with thousands of publishers. The social network says it will permit them to sell subscriptions directly from the social network, giving media partners a closer relationship with their readers. Typically, social network users expect everything for free.