Microsoft Vet Everson Says It Is About More Than Ads and Collecting 'Fans'
READ THIS NEXT
TikTok tactics: What to know about reaching audiences on the social media platform

Carolyn Everson made a big splash when she jumped the Microsoft ship for Facebook in February. She'd only spent nine months in charge of global ad sales at Microsoft before being wooed away by the promise of the social network's advertising potential. Ms. Everson started her job as Facebook's VP-global sales a month ago, and this interview with Ad Age is her first in her new role.

As Facebook heads toward 700 million users -- including most major brands -- it is becoming more and more of a crucial media outlet for advertisers. 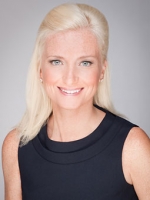 Facebook had been seeking a sales leader since Mike Murphy stepped down last fall to be an adviser to Facebook partner Zynga. Microsoft is an investor and longtime ad-sales partner with Facebook, so Ms. Everson had plenty of opportunity to become acquainted with her new boss, David Fischer, Facebook's VP-advertising and global operations. *

Microsoft's initial reaction to Ms. Everson's sudden departure was anger and a potential lawsuit -- Steve Ballmer had hired her himself after a years-long search. Prior to joining Microsoft last year, Ms. Everson was MTV Networks ad sales' chief operating officer, where she spearheaded a $500 million multi-year advertising deal with Microsoft at the end of 2007. She has also managed web operations for Primedia and Zagat in addition to holding posts in cable TV and Disney. Ms. Everson will work in New York, where she can stay up close and personal with her friends on Madison Avenue. She is in charge of a team that is more than 300 people strong, spread out worldwide and growing daily.

Ad Age: Is Microsoft still contesting your move to Facebook? How was that resolved?

We are all on great terms at this point. I have nothing but positive things to say about Microsoft's team. Microsoft and Facebook have been partners for years and will continue that partnership. Day to day, I do not have involvement with what Facebook is doing with Microsoft, but my team is responsible for relationships with the top brands globally -- of which Microsoft is one -- so I have people on my team who work with Microsoft.

Ad Age: What is the biggest difference between working at Microsoft and working at Facebook?

Ms. Everson: It's a question of focus and how much is the advertising/marketing core to the business. Microsoft is a huge corporation with many different businesses and significant revenue, of which advertising is a small piece of the pie. Here, our core revenue streams are driven by advertising, so I feel very much at the center of how Facebook is going to evolve. The culture here feels a bit more entrepreneurial. I'm sitting at a desk with a phone next to three other people -- I've never had this kind of work environment before. We don't even have offices -- it's one big room. And I'm sitting next to my executive assistant who has worked for me for seven years, and I've never sat this close with her before! You can feel the energy.

Ad Age: Will Facebook advertising be more about brands and agencies or about self-serve ads, which are a bigger part of the Facebook business today?

Ms. Everson: My responsibility -- and one of the reasons why Facebook brought me here -- is to work with the largest brands and largest agencies. My experience with Madison Avenue is what I'm bringing to Facebook. Everyone is really eager to partner with Facebook, and I see tremendous interest in Facebook, more interest than in any other company I've worked for -- and that's why I joined. The companies are asking for help in how to bring their brands to life.

Ad Age: What is your role?

Ms. Everson: I'm going to be focused with premium brands as well as media and creative agencies; to have them be partners with us and to figure out what it means to use social in the form of marketing; to figure out what it means to put people in the center of social; to work with how those brands think about their overall business in a social context. If you look at my background -- I've been in the media-marketing space for 17 years -- pretty much all of my experience has been with the largest brands, whether it be at Disney or at MTV networks.

Ad Age: How does Facebook fit in with other media?

Ms. Everson: I see Facebook as a complement to other forms of media. What sticks out is that Facebook is a much more social and personalized experience. In the age where people are getting hit with hundreds of marketing messages a day -- depending on what study you use, it can be as high as 700 messages a day -- how do you stand out from that? I think a recommendation from a friend is extremely powerful.

Ad Age: The Facebook sales team owns the home page. Facebook created a new ad unit called the Sponsored Story to be included the news feed. Any other ad products on the drawing board?

Ms. Everson: While I'm not able to disclose specifically, I can tell you there was an amazing brainstorm that happened right before I started, and there were 500 ideas. The threshold at Facebook is that marketing should be as valuable and useful to the consumer as the rest of the Facebook experience. That means we may brainstorm 500 ideas, and only a handful will be implemented. Sponsored Stories is directionally where we need to head. You'll see a lot of new stuff coming from us in the next few months. There was a "Fast Company" article with a term that I liked -- "usertising" [user-generated advertising]. And we need to make sure that the creative community understands how we incorporate all of our advertising for the good of our users.

Ad Age: Considering that many major brands have millions to spend but only a tiny fraction of it is spent on social media, what can you do to get those dollars to be spent on Facebook?

Ms. Everson: Some marketers and agencies put us in a sliver of their bucket of social media. But it's not just about getting your social media out. It is putting people at the center of your customer service, at the center of the way marketing is conducted or the center of any other part of your company. In that very narrow way, some companies see that Facebook has an ad unit on the side of the screen, so they give us a small part of their budget and are maybe collecting fans on their page. But the clients that are leaning in and taking it a lot further, they're not just acquiring fans -- they are also engaging and amplifying their fans. If you're thinking of us just as a social-media space, you're thinking about us too narrowly. We have a lot of education to do. And we already have clients like American Express and Procter & Gamble being progressive and aggressive in how they're working with us.

Ad Age: What are you trying to do at Facebook?

Ms. Everson: It's way beyond just a social-media-advertising discussion. What we're trying to do at a simple level is be advocates on behalf of brands. If I like a brand story and I have a great experience that I post on my wall, it goes out to my friends and friends of friends -- it's word-of-mouth marketing at a scale that we've never had before.

Ad Age: Facebook pages are free, and yet to have a successful page, brands spend money paying third-parties to build out the page -- do you have a plan around that activity?

Ms. Everson: People "like" a brand page 50 million times a day! There's a healthy ecosystem of partners that are working with Facebook and we love that. We are a completely open platform. We very much want to support that system. That said, we are continuing to think of new ad units. There are new developments coming out every week, so what we look like today is not what we're going to look like in a few months, in six or 12 months. There are a lot of innovations going around.

Ad Age: Facebook has a notoriously low click-through rate, and users often say they "don't even see" the ads -- what can you do to improve that?

Ms. Everson: We have very compelling research that what we're doing is effective. We can show what we've done with launches of new TV shows and opening weekends of movies. In general, the industry suffers from the emphasis on click-through rate. I feel very confident based on results that we're seeing, especially when friends are recommending to friends. Research shows that, on average, people are 68% more likely to remember seeing the ad if their friend has recommended it and twice as likely to remember the message of the ad. Those are Nielsen numbers. To us, what's more powerful than click-through is, "Are people paying attention to the message and remembering it?"

Ad Age: Facebook just launched Facebook Studio to connect with advertising agencies -- what is your role in fostering that relationship?

I think it's a great opportunity to showcase the work and build a social community around marketing. We are living and acting on what we say other brands should do -- having a social community where your work can be shared and the most Liked items rise to the top -- it's a little bit of us walking the walk.

Ad Age: What is the biggest challenge in your new position?

Ms. Everson: I'm not sure the marketing community understands our story yet. We evolve so quickly. We have a saying here: "We are 1% done with our mission." We are just beginning. We've got a lot to learn, and we want to learn together with our partners, making sure they understand that the platform is going to evolve continually. Even someone like me, who's been in the industry and is a user of Facebook, even I didn't understand the story until after I got here. Now that I'm here, I see how powerful it can be.