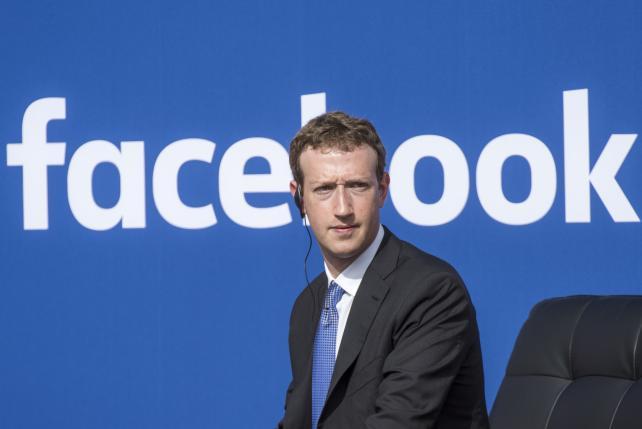 Facebook notched another quarter of revenue that beat estimates after stepping up its mobile-advertising efforts.

The company running the world's biggest social network reported third-quarter sales of $4.5 billion, compared with the $4.37 billion average analyst estimate, according to data compiled by Bloomberg. Monthly users jumped 14% to 1.55 billion, with 1.01 billion people logging on daily to check on other people and share status updates, the company said in a statement Wednesday.

Facebook brought its full marketing firepower to Instagram for the first time in the quarter, while boosting the number of video ads on its main application. The company has been working to improve the quality -- and therefore the price -- of ads as CEO Mark Zuckerberg invests in newer initiatives, from WhatsApp to scientific projects such as virtual reality and artificial intelligence.

"Their core mobile-advertising business is still very strong and has a lot of runway," said Josh Olson, an analyst at Edward Jones & Co., who has a buy rating on the stock. "That has bought them time to be patient around these newer initiatives."

Earnings excluding some items was 57 cents a share, compared with analysts' prediction for 52 cents. Net income rose to $896 million from $806 million.

David Wehner, Facebook's chief financial officer, said the company would continue to spend on virtual reality, artificial intelligence and other moves to prepare for the future, especially as the main business remains strong.

"We are investing aggressively in the future," he said in an interview after earnings were announced. "We see great opportunities."

Facebook has been working to convince advertisers that it has the most comprehensive advertising products and tools for reaching potential customers on their mobile phones. Because people sign into Facebook using their real identities, the company is better able to track and target them, boosting its appeal to marketers. By bringing Instagram into Facebook's advertising system, the company was able to expand the ad audience by more than 400 million users.

Facebook has more than 900 million users on WhatsApp and more than 700 million on Messenger. The company has been experimenting with ways to get people to interact with brands on Messenger. Neither of those properties is delivering a meaningful boost to revenue.

Facebook is expected to account for 17.4% of global mobile-ad spending this year, a market that's projected to reach $72.1 billion in 2015, according to eMarketer. That compares with the researcher's projection for Google to reach 33.7% in 2014.

Outside of advertising, the company has been boosting spending on Internet.org, an initiative to bring more people online, which probably won't contribute to sales for years. The company designed a drone with the wingspan of a Boeing 737 which will spread Internet access via lasers in remote parts of the world.