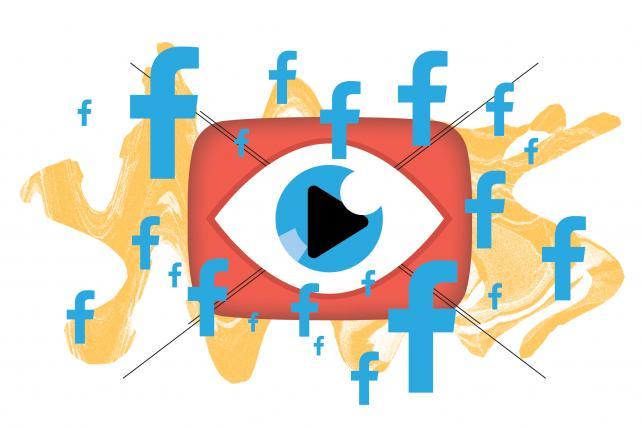 Facebook plans to test video ads at the start of Watch shows, according to advertisers who are familiar with the social network's strategy, exploring what would be a significant shift.

Facebook has long resisted the pre-roll format because of its reputation for annoying viewers who are trying to get to their desired content. For years, CEO Mark Zuckerberg even banned "pre-roll" from Facebook's advertising vernacular.

"We don't need to do pre-roll because our model is not one where you come to Facebook to watch one piece of content, you come to look at a feed," Zuckerberg said on a conference call with investors in late July.

But now it seems the time might be right to at least give them a try. Facebook this year introduced Facebook Watch, a would-be YouTube rival where publishers, TV studios and web celebrities create shows and try to make money through ad sales. The move was part of a broader war among digital platforms and publishers to win at video, where marketers will pay more than for other kinds of ads.

Facebook, which declined to comment for this story, is expected to begin studying how users respond to the new commercial experience in the coming weeks.

"YouTube already established that people will sit through and tolerate pre-roll," says Steve Ellis, CEO of WhoSay, a social influencer marketing company. "It's proven that they haven't sent consumers fleeing, so it makes sense that Facebook would pursue a similar strategy as it builds out its original content experience."

Watch shows are also different than the video that Facebook has previously featured most: shorter clips that depend on impulse viewers. Watch was designed to draw audiences of loyal, returning viewers in a setting more like TV. In that scenario, fans of a show might be more open to watching a commercial before a program starts. It's a different mindset than racing down the Facebook feed as fast as possible.

Advertisers like the guarantee of ads being seen at the outset of a video instead of hoping viewers reach the commercial break.

"A downside of Facebook News Feed inventory is that it can be easily scrolled past by users, whereas pre-roll or mid-roll in Watch guarantees eyeballs against our clients' content," says Mark Sytsma, associate director of paid social at Huge. "The ability to purchase a known or guaranteed amount of inventory has always been a gap when buying on Facebook. This ad product would fill that hole."

In August, Facebook introduced Watch with mid-roll ads, which run in the middle of the shows, after a viewer presumably gets sucked into the content and is less likely to abandon it because of an ad break.

But some publishers and advertisers say those ads haven't been optimal. Show creators are concerned that mid-roll ads risk letting viewers tune out even if they've been watching for a while.

"There have been comments from viewers about how annoying the ads are," says one publishing executive, who works with Facebook on shows and spoke on condition of anonymity. "They say they would rather watch pre-roll than watch a video and be interrupted."

The mid-rolls have delivered some positive results, however, like higher completion rates than video ads in the Facebook feed, according to a number of advertisers. People also mostly watch them with the sound on, unlike the feed.

Facebook has said mid-roll ads see a 70 percent completion rate, but that's for all mid-roll, which can run in videos outside Watch, too. It has not revealed data specific to ad completion in Watch. Nor has it said how often viewers drop off when they hit commercial breaks.

Facebook is in the process of updating Watch's programming, renewing some shows for additional episodes and developing new ones, with publishers like Business Insider, Hearst, Tastemade, Refinery29, Group Nine and a number of others. Facebook has been evaluating the shows for how much they resonate with fans on an emotional level and how committed audiences are to sticking around for multiple seasons.

"They're focused on repeat visits, and not just looking for a single video that goes viral and winds up in everyone's feed," says another Watch partner, speaking on condition of anonymity.

Those repeat, invested viewers are the ones that are most likely to tolerate pre-roll commercials, the Watch partner says.

Facebook uses data to determine the media habits of users on a personal level, so it should also be able to identify users who accept pre-roll ads and ones who don't. It could show pre-roll to some viewers and mid-roll to others, says an executive at a media agency holding company who is familiar with Facebook's thinking.

"They can get really sophisticated understanding people," the holding company exec says. "For those people who watch for longer amounts of time, they could get in-stream ads. And people who tend not to watch for very long, they would instead see a pre-roll."