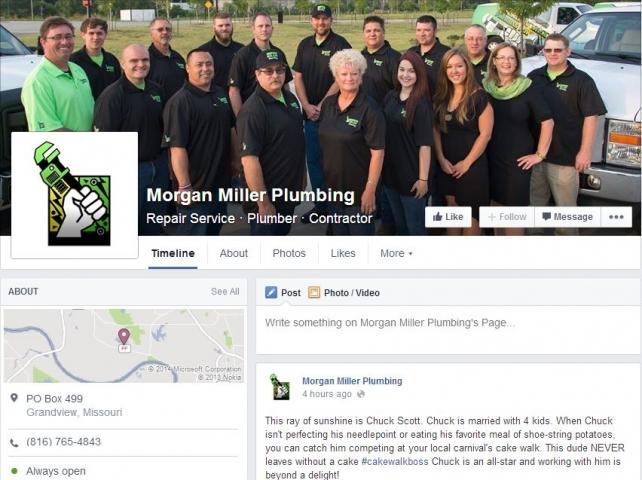 After years of courting the nation's biggest advertisers, Facebook is going after the 99%.

That figure represents the long tail of advertisers; the plumbers and dentists, restaurants and political candidates, app developers and direct-response advertisers. These small and mid-sized businesses don't have Facebook account reps and are left to figure out Facebook advertising for themselves.

It's an operational challenge for the social network, which has invested heavily to educate big brands and agencies about its products. To tackle the long tail, it won't build out a large customer-service teams like YP or Gannett, which specialize in local sales. The idea is to make the product intuitive and steer Facebook page administrators to "boost" posts that are performing well with some ad spend through notifications on their page.

"All the traditional things people think about -- like a sales channel through YP or a call center -- they're all good, but we're dealing with a scale that's really unprecedented," said Dan Levy, Facebook's director of small business. "And trying to figure out how you unlock that is intellectually fun, but really hard."

Mr. Levy's team has doubled since he took on the role in July 2012. (It's in the "hundreds" across a few offices, including a call center in Austin.) It's recently started to do outreach to customers whose ads are under-performing -- a departure from its past strategy of just responding to people who've flagged an issue.

But there are only so many small and medium-sized businesses Facebook can talk to. From insights it gleans during those calls, it will get better at simplifying the ad-buying experience for a broad swath, according to Mr. Levy.

"In an ideal world, I don't have to call [someone]. I can do that marketing on Facebook," he said. "But until we've figured it out, that's what we're going to do. It's a lot of prototyping until we can build stuff into the product."

Facebook is borrowing from its big brand and agency strategy in one respect. It's formed an SMB Council comprised of 12 businesses, a structure that's reminiscent of its Client Council that includes chief marketers from P&G, Coke, Walmart and Unilever among its members. With both groups, Facebook solicits feedback on how its products can be improved. (For the big spenders, it also gives a peek at what's on the product roadmap.)

The SMB Council convened at Facebook's Menlo Park, Calif. headquarters for the first time last month, and its 18 members will serve for six months up to a year.

The Council
Council members include an equity theater company in New Jersey with a six-figure marketing budget for the year that intends to spend 30 to 35% of it on Facebook; an auction site for jewelry and clothes that operates on the social network, whose owners spent $60,000 on Facebook ads last year; and a Kansas City, Mo.-based plumbing company that spends $300 a month on Facebook.

The recent decline of organic reach was a major discussion topic when the group convened in Silicon Valley last month. It's a sticky point for Facebook with advertisers of any size. Small businesses with limited advertising budgets are even more reliant on free publishing on Facebook than big brands.

That's borne out in the numbers: Facebook has over a million active advertisers. But 25 million small and medium-sized businesses have Facebook pages.

"The challenge is how to get businesses to understand the value that's there, since they weren't paying for it at all and now they're going to have to," said Jim Donio, president of the Eagle Theatre in Hammonton, N.J.

Another Council member, Jeff Morgan of Kansas City's Morgan Miller Plumbing, is also thinking about potentially setting up a side business of Facebook classes.

He says his business makes $2,000 a week in service calls that originate from Facebook. Its page is a mix of content, including employee spotlights, dog photos, and a recent shot of the dispatcher dressed as the Kansas City Royals mascot to celebrate baseball's opening day.

"About one in every 10 posts is about plumbing," he said. "Other than that, we do stuff about puppy dogs and unicorns."