Datalogix, the analytics company best known for its ad partnerships with Facebook and Twitter, has just raised $45 million in equity financing from investors.

The 12-year-old Westminster, Colo.-based company takes sales data and makes it available for advertisers to anonymously target consumers online based on their offline purchase history. The data, which comes from people enrolled in loyalty programs, also allows digital ad sellers like Twitter and Facebook to measure the sales impact of their ads for marketers.

The data gets pretty granular, allowing advertisers to target new parents based on the specific size of diaper they've bought, for example, or people who buy a lot of a particular brand of soda. 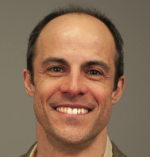 The company has purchase data from roughly 110 million American households via 1,500 retailers. Using its data matching capabilities, it can also track whether an ad campaign resulted in the targeted group buying more of the product they were shown.

Facebook turned to Datalogix in a time of need in 2012, when the social network was under pressure from advertisers to prove that its ads actually yielded sales. It ended up deepening its partnership with Datalogix in early 2013, when the latter became a partner in Facebook's initiative to let advertisers target users based on their offline purchases. The targeting functions via an anonymized match of users' email addresses, phone numbers, postal addresses and other data that they provide to loyalty programs.

Twitter began working with Datalogix for measurement of ad campaigns last August. It broadened the partnership to ad targeting early this year.

While the company has gained more notice for its work with social-networking customers, it partners with a wide swath of the ad-technology world to add its layer of purchase data to the targeting and measurement mix. Partners include companies like MediaMath, BrightRoll, BlueKai and Rocket Fuel, as well as Google, Yahoo and AOL.

Founded in 2002 as a catalog marketing company called NextAction, it pivoted in 2009 and changed its name and business. It has about 350 employees and has announced more than $40 million in past funding, including a $25 million Series B round in April 2013.

Datalogix is reportedly pursuing an initial public offering later this year, according to the Wall Street Journal.