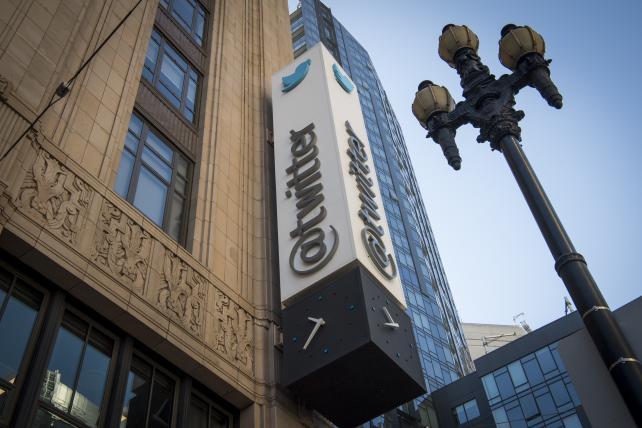 Social media giants that have acknowledged Russians exploited their platforms ahead of the 2016 election face renewed bipartisan demands to explain to Congress what they're doing to counter abuse of their networks ahead of this year's congressional midterms.

Democratic Senator Mark Warner of Virginia, the vice chairman of the Intelligence Committee, said that the chief executives from companies like Facebook, Twitter and Alphabet's Google should testify as to how they can tackle ongoing interference by Russia, as well as abuse of their networks by others.

"This is not a problem that's going to be swept under the rug or is going to go away," Warner said in an interview Wednesday. "If anything, it's increasing."

And Warner, who met with Apple CEO Tim Cook at the Capitol on Tuesday, said it's not enough for the companies to send lower level staffers.

"I don't want to hear from the lawyers," he said. "The CEOs owe an obligation."

Facebook, Twitter and Google sent other senior officials to testify before the Senate Intelligence and Judiciary panels last year as part of congressional probes of Russian efforts to meddle in the 2016 election, but no CEOs appeared before the panels. In the wake of those appearances, some senators said the companies should do more forensic work to understand how their networks were manipulated.

Republican Senator John Kennedy of Louisiana on Thursday urged Judiciary Chairman Chuck Grassley to call the CEOs or the policy makers of Facebook, Twitter and Google to the committee for another hearing "as opposed to the very able counsel who do a terrific job of what they're paid to do, which is dodging and bobbing and weaving."

"We can talk frankly about the fact that some of the other countries are using social media to try and influence our elections and what if anything we should do about it," he said. "They're not going to come if I ask them, but I think you could be very persuasive."

'Not an easy question'

Warner said Wednesday that the continued proliferation of fake news after events like the fatal Parkland, Florida, school shooting showed that the big social networks haven't solved what he acknowledges are tough problems, and ones he fears will only get worse as meddlers and others get more sophisticated.

"It's not an easy question," Warner said of how to ensure people online are Americans and who they say they are "or a troll originating out of St. Petersburg."

Senate Intelligence Chairman Richard Burr, a North Carolina Republican, said he hadn't yet decided if he would ask the CEOs to testify, but did say this week that he plans to have the committee focus again on social media later this year.

"We're not that far down the road yet," he said.

Several senators in both parties, however, echoed Warner's concerns about the continued threat and want to see Facebook, Twitter, Google and perhaps others back before the committee.

Susan Collins of Maine, an Intelligence Committee Republican, said she wants the companies to send "a high-level executive," if not a chief executive, for another hearing.

"I think they would understand how seriously we are taking this," she said. Collins added that she doesn't want to start regulating content on the internet, but "they need to take responsibility for ensuring that their platforms are not misused by our adversaries."

"There are a lot of unanswered questions about whether the tech companies could have taken precautions sooner and identified Russian influence much sooner than they did," she said. "It was obvious their platforms were being misused. I think it's still happening today."

Senator John Cornyn of Texas, the No. 2 Senate Republican and a member of both the Judiciary and Intelligence panels, also said he'd want to hear from the tech companies on various topics—including how they monitor threats made on their platforms like ones that preceded the Parkland shooting.

"Social media's become just such a challenging issue for us. Now we've got social media throttling news on their own sites which is a form of censorship, which raises all sorts of issues, but there's also the role they play in identifying threats like the shooter down in Parkland, Florida, who had a YouTube video threatening to do exactly what he did," he said.

"They may be doing a lot that we're just not aware of, but it could be useful to have them here and then we could make a judgment whether it's sufficient," he said.

Cornyn said it's less important that they send the CEOs than they send people who know the issues.

Collins added that she remains wary of the companies' power over content.

Angus King of Maine, an independent senator from Maine who sits on the Intelligence panel, said the companies should have sent their chief executives to testify last year.

"I want the people who are actually making decisions and have the power to decide how they're going to react to this threat to our country," he said in an interview. "They were not ready for this and were slow to realize how they were being used and to some extent still are."

He added, "This is emerging as one of the most important parts of the investigation."

Your Guide to Understanding the Trump-Russia Saga: QuickTake

Warner praised Apple's Cook in particular. "I've known Tim a long time and I think it would be great if some of the other tech leaders would actually show up in Washington and engage with policy makers," he said.

"We did talk about the fact that there's some of the concerns that Americans are feeling writ large about the validity of the information they receive on the internet, around their news feeds; we talked about a lot of other things too," he added.

Warner said that Cook made the point that his company's Apple News product was curated by human beings. After the meeting, Cook's only comment to reporters was that he was in town to enjoy the "good company."

Warner said he worries that new technologies are ripe for even more interference and manipulation and companies aren't necessarily prepared for that.

"We're still struggling with figuring out the tactics of 2016 with fake accounts. What happens when you start deep fakes technology, which allows a person's face to be put on a different body, or someone who's had some level of public career to be able to have words come out of my mouth regardless of whether they've ever said them or not, because if you have enough audio and video you can transpose that. This is a brave new world."

As part of its ongoing Russia probe, the Intelligence Committee plans to release an overview of its findings on election security and hold a public hearing next week. Other reports, including the committee's take on the intelligence agencies' assessment of Russian interference in the election and the Obama administration's handling of the threat, are also in the works and would likely precede a next step on social media, Burr said.

The tech company issue has been one of the more bipartisan efforts on the committee, which found that even one of its own members, Senator Marco Rubio of Florida, had been the target of Russian attacks.

Another committee that could be interested in the tech companies is the Senate Rules Committee, which has jurisdiction over legislation proposed by Amy Klobuchar of Minnesota, John McCain and Warner requiring public disclosure on online political ads.

Klobuchar, who on Wednesday called Federal Election Commission proposals that called for stricter disclosure for online political ads too narrow, wants the CEOs, who have not embraced her proposal, to testify. "I think that would be enlightening," she said.

Senator Roy Blunt of Missouri, who is in line to chair the Rules Committee, said he hasn't thought about whether he would seek to bring in the CEOs for a hearing yet but will if he gets the gavel.