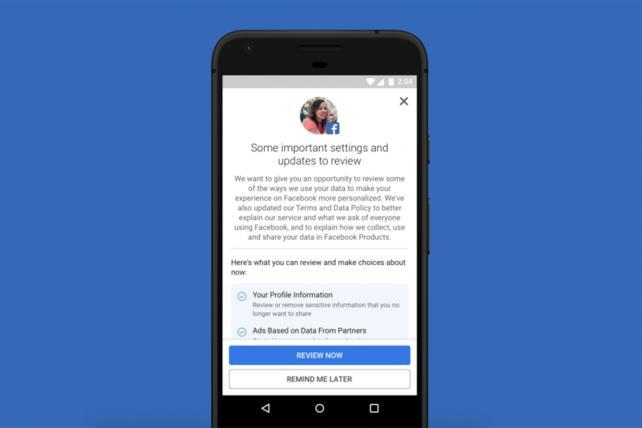 With the Genderal Data Protection Regulation taking effect in the European Union on Friday, people who sign into Facebook are being steered through a new privacy primer outlining all the ways that the social network uses data.

But there are subtle differences between the primer's approach in the E.U. and in the U.S., where consumers aren't covered by GDPR.

One major difference is that the privacy review itself is required reading in the EU starting Friday, and if a person declines the terms of service, then no Facebook. While GDPR bans sites from forcing people to allow unnecessary tracking, and some critics argue that Facebook shouldn't be allowed to bar anybody, the company says EU consumers must accept its terms because at least some of their data is essential to its services.

In the U.S., people don't have to read the new policies, and they don't have to agree to them in order to keep using Facebook. Whatever permissions they granted in signing up earlier or along the way remain sufficient.

The privacy-policy tour includes sections on the types of data that Facebook collects from people's profiles, how it uses data for ads and its facial recognition technology.

In the U.S., Facebook asks users to press "confirm" on each section–arguably a less specific, less affirmative endorsement than pressing "accept," as Europeans must do on each page of the policy. (U.S. users are asked to press "accept" at the very end.)

If people have gotten used to just accepting whatever terms websites and apps put in front of them, a new video about its privacy policies won't dissuade them. It shows someone moving through each section by pressing "confirm" every time. It does not demonstrate the other bottom on offer, "manage settings." 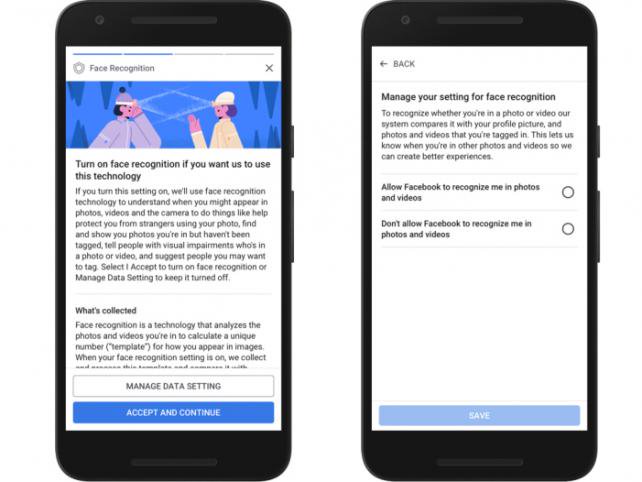 Facial recognition helps Facebook identify people in photos and notify them when they appear in images on the social network. Aside from drilling into their privacy settings, users can tell whether they have already accepted facial recognition if photos uploaded to Facebook automatically tag them.

In the E.U. (and Canada), Facebook is now asking people on the privacy tour to turn on face recognition if they want to use it. In the U.S. version, people's existing face recognition settings remain in effect unless they take an extra step: clicking into "manage settings."