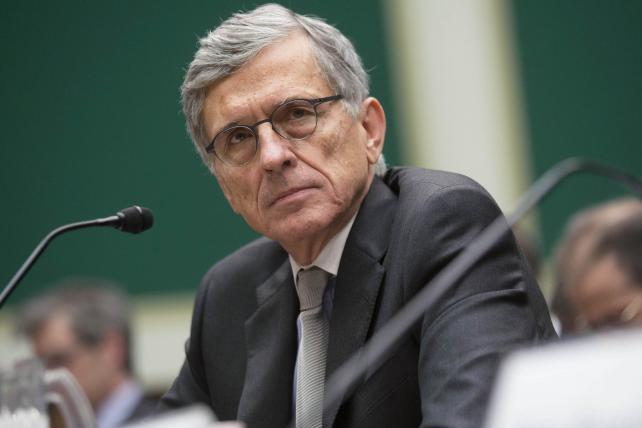 Mr. Wheeler, in an article published Wednesday on Wired.com, also said he would apply "bright-line rules" to mobile services for the first time. He said the agency would not seek to regulate pricing and would seek to modernize rules to encourage investment and competition.

"The Internet must be fast, fair and open," Mr. Wheeler wrote Wednesday. "That is the message I've heard from consumers and innovators across this nation. That is the principle that has enabled the Internet to become an unprecedented platform for innovation and human expression."

The agency is seeking to settle a decade of debate about whether the Internet is to be a highway offered to all on equal terms, or whether broadband providers can levy fees and restrict access. Mr. Wheeler will present his recommendations to the four other commissioners on Feb. 5, and a vote is scheduled for Feb. 26.

"The FCC can address any harmful behavior without taking this radical step," Michael Glover, senior VP at Verizon Communications Inc., said in an e-mailed statement. "It is counterproductive because heavy regulation of the Internet will create uncertainty and chill investment."

Mr. Wheeler's article didn't mention whether his proposal would protect online video companies such as Netflix from fees demanded by Comcast Corp., AT&T or other companies that carry their videos to subscribers. Mr. Wheeler plans to include the traffic-exchange deals in his proposal to commissioners, said an agency official briefed on the matter who asked not to be identified because it's not yet public.

President Barack Obama in November called on the FCC "to implement the strongest possible rules to protect net neutrality."

Mr. Obama took his stand after 4 million public comments were submitted to the FCC.

"My proposal assures the rights of Internet users to go where they want, when they want, and the rights of innovators to introduce new products without asking anyone's permission," Mr. Wheeler wrote Wednesday.

Mr. Wheeler responded to criticism that his plan would thwart innovation. He wrote that the growth of the Internet was made possible by the FCC intervening to mandate open access for network equipment in the 1960's.

"The modems that enabled the Internet were usable only because the FCC required the network to be open," he wrote.