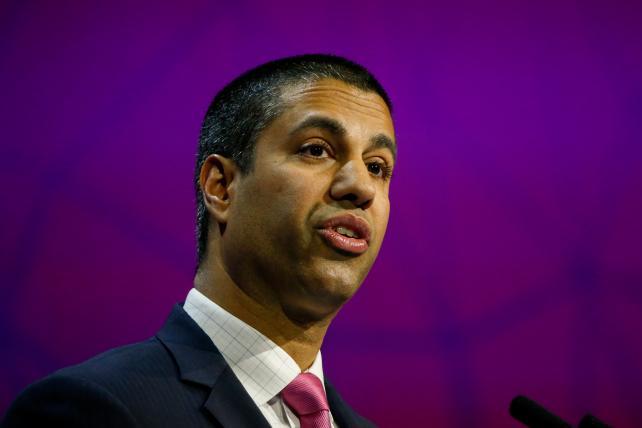 The chairman of the Federal Communications Commission has proposed rolling back the Obama-era net-neutrality rule as the regulation's defenders vowed a "tsunami" of resistance.

FCC Chairman Ajit Pai said he would ask the agency next month to begin considering removing the strong legal authority that underpins the rules, and to take suggestions for replacement regulations.

Pai, a Republican commissioner chosen by President Donald Trump to lead the FCC, has long criticized the rule.

He has said he supports an open internet, and opposes the assertion of strong authority over broadband providers. Pai said Wednesday at the event, sponsored by the Small Business & Entrepreneurship Council and FreedomWorks, that the FCC's regulation had discouraged investment in broadband.

Democratic lawmakers said Pai is gutting measures that protect the open internet, and vowed to resist.

"It makes no sense," Senator Ed Markey, a Massachusetts Democrat, said in a news conference before Pai's talk. "We cannot keep the promise of net neutrality openness and freedom without the rules that ensure it."

"Chairman Pai and the Trump administration should expect a tsunami of resistance from a grass roots movement of Americans," Markey said.

Congressional Democrats have little leverage to stop Pai because they are in the minority. Republicans generally have opposed the FCC's rule, and offered legislation that Democrats criticized as weakening net neutrality protections.

The rules, passed with only Democratic votes at the FCC in 2015, forbid broadband providers such as AT&T and Comcast from blocking or slowing certain web traffic, or from charging higher fees in return for quicker passage over their networks.

Their fate matters to internet entrepreneurs, to web giants such as Google and Facebook that want to ensure they can reach customers unimpeded, and to cable and telephone providers that want to shed regulations.

Supporters say the rules are needed to keep network owners from unfairly squelching rivals and discouraging web startups. Critics say competition will discipline broadband providers, and the rules discourage investment while exposing companies to a threat of heavier regulation including pricing mandates.

Pai's objections have centered around the FCC's decision to classify broadband as a telecommunications service to be regulated under a section of law known as Title II. That gives the FCC "unilateral authority to regulate internet conduct," Pai wrote in 2015.

"Earlier today, I shared with my fellow Commissioners a proposal to reverse the mistake of Title II and return to the light-touch regulatory framework that served our nation so well during the Clinton Administration, the Bush Administration, and the first six years of the Obama Administration," Pai said.

The agency turned from a looser regulatory classification to Title II after courts said it lacked authority for its net neutrality enforcement. Supporters say Title II puts the FCC's rules on a firm legal grounding.

"It is hard to imagine any way for the FCC to establish enforceable rules without using its Title II powers," Gene Kimmelman, president of the Public Knowledge policy group, said before Pai's speech.

A court last year upheld the FCC's decision to apply Title II, ruling for the agency in a lawsuit brought by Comcast, AT&T and other broadband providers.