They're called influencers for a reason. YouTube stars, especially the female ones, carry a lot of clout with their audiences -- even more than their traditional Hollywood counterparts.

Female YouTube stars scored seven times higher than female mainstream celebrities when it comes to female empowerment, according to a study conducted by Jeetendr Sehdev, professor of marketing at USC's Annenberg School for Communication and Journalism. Mr. Sehdev will school attendees at the Ad Age Brand Summit in Los Angeles next week on the power of female YouTube stars, but offered a peek at his syllabus in an interview that has been lightly edited for length.

What did you find regarding how influential female YouTube stars are compared to traditional female celebrities?

The bottom line is very clear. Female YouTube stars like Zoella, Jenna Marbles and Bethany Mota are the most influential, incredible role models within this realm today. Hands down, compared to other celebrities.

Today these young girls -- the millennials, the teenagers -- they're so in tune to the Hollywood stars as to whether these females in particular are the puppets or actually the puppeteers. Millennials and younger generations are drawn to celebrities who are both. And that's really where the advantage of the YouTube stars is coming in because they are not just the face of what they're doing. They are also entrepreneurs. They are business women and media planners and entertainers. So there's the authenticity factor, the credibility factor and as a result, the inspiration, ambition and influence factor is so much higher. Teens perceive YouTube stars generally to be 90% more genuine, 17 times more engaging and 11 times more extraordinary than mainstream celebrities. And when it comes to female empowerment in particular, YouTube stars score up to seven times higher than female mainstream celebrities.

What was the criteria you used to measure that influence?

Trust, do I trust this celebrity. Then do I find them inspirational and truly ambitious, are they going to help me achieve my ambitions by buying into them, do they inspire me to achieve my ambitions. The third area is respect, and what's really interesting is we saw even teenage boys had five times more respect for female YouTube stars -- their leadership, intelligence and creativity -- compared to mainstream female celebrities. Once again that goes back to the fact there's a lot of distrust with traditional celebrities when it comes to inspiring younger girls.

Not really. The reason being, the way a YouTube star will approach social media is fundamentally different from the way a mainstream celebrity like Taylor Swift is going to approach their Instagram account or social media. The mainstream celebrity is using social media as just another platform to project the same images, ideas and positioning, whereas the YouTube stars and digital influencers are using social media as an inherent part of theirDNA. If the fundamental flaw from the get-go is the positioning of that celebrity and whether that celebrity's positioning is actually credible or authentic, it doesn't matter on how many different platforms you express that positioning; it is not going to make much of a difference.

On the flip side, some of these YouTube stars are entering the mainstream. For example, Bethany Mota was on ABC's "Dancing With the Stars" last year and Grace Helbig has a talk show on E!. Does their influence change as they become more mainstream?

It's a really good question. The transition of people who have lived in the digital space into mainstream media is still a very tricky transition and has to be done very carefully. If that level of authenticity, if the original content and ideas that are coming from the digital influencer can be translated into mainstream media in the purest form, that is going to work. However if it is going to be an attempt for a digital star to somehow become a traditional mainstream celebrity, that's going to fall flat on its face. There's a lot of opportunity for digital stars to actually trip up in that place as well. You see that YouTube stars who have belatedly attempted to cross into mainstream Hollywood have quickly lost their influence and appeal amongst teenagers. But still that's very much an experimental area. You ask a very good question; we don't know for sure. They can certainly transition, but it's got to be with the right vehicle. They've got to maintain the reason why their audiences are engaged with them from the get-go. 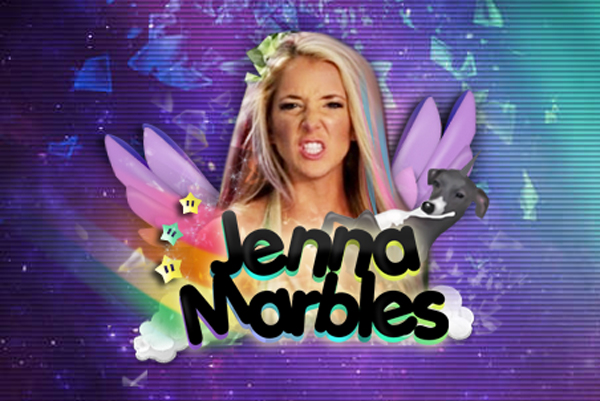 Are there more female YouTube stars closer in age to the millennials and teens surveyed than there are mainstream celebrities of the same age? And if so, how much of a factor is that?

No, not at all. When you ask an open-ended question to these millennials as to which celebrities they like the most, which celebrities are more influential, when we look at those names and measure their influences, there's definitely a big difference. There are lots of Disney stars and younger celebrities that could easily be mentioned. Even some of the likes of Ariana Grande are very comparable to the likes of Jenna Marbles.

How successful are these YouTube stars at exerting their influence on a brand's behalf, and how does that compare with mainstream celebrities' abilities to do the same?

When we talk about influence, we talk about exactly that: their influence in getting people to purchase product or change their behavior. That is really why brands should be interested in influence when determining which celebrities to partner with. Ultimately that is a key measure of success. That's why brands need to pay attention.

Eight out of 10 teen boys surveyed said they think female YouTube stars are "more likely to win." What does that mean?

Essentially what that means is people who are going to come out ahead in this world. People who are going to succeed in their life, whether that's in their personal life, in their career life or an overall happiness. Audiences today are really in tune with that: what do I want out of my life and can I actually achieve it?

The stat also seems to indicate that these female YouTube stars' influence extends to male audiences. Is that right?

Yes, it's phenomenal just how much respect these millennials and teenage boys have for female YouTube stars. We're actually seeing that theme across boys and girls in the millennial and Gen Z generations more than any other generations. It's incredibly surprising just how much respect these female digital influencers have with teenage boys. They have five times more respect for female YouTube stars -- the leadership that they generate, their intelligence and their creativity -- compared to mainstream female celebrities.That's also because a lot of the content that is being produced and a lot of the characteristics they're showing are just characteristics of any successful person, regardless of gender. They are being brave. They're putting themselves out on the line. They're doing things in their own way. And a lot of those characteristics are not gender-specific.