Tony Piloseno received offers from nearly every major paint company but has decided to work for a smaller competitor in Florida. There's a lesson to be learned here
READ THIS NEXT
Google thinks it may have found a replacement for third-party cookies 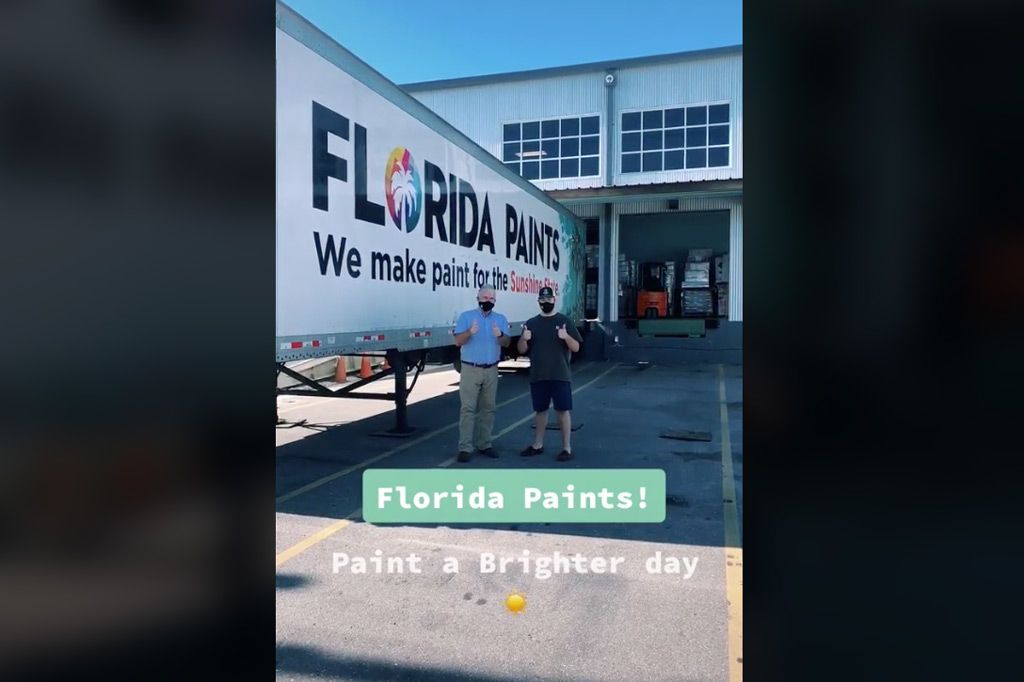 Less than a week after the news broke that Sherwin-Williams fired part-time college student Tony Piloseno over running the TikTok account featuring its paints, he has been hired by smaller competitor Florida Paints to come on board full-time and develop his own line.

The 22-year-old Ohio University senior says that in the past week, after being dismissed by the 154-year-old brand, he’s received an offer from just about every national paint company, including Behr, Benjamin Moore and PPG. But Piloseno chose smaller competitor Florida Paints, which operators 25 paint stores across Florida, for its family-like culture after visiting the paint manufacturer over the weekend.

While details of the role are still being ironed out, Piloseno will come on full-time in the company’s sales and operations division, and will also be granted his own lab to develop a line of @tonesterpaints paints.

“I went through meetings with a bunch of companies,” says Piloseno. “The difference between them and Florida Paints is I was trying to get away from the corporate culture of things.” He says Don Strube, founder of Florida Paints, “was probably the only one who understood and appreciated” his passion for paint. “We both view it as an art form,” he says.

Piloseno shared the news to, where else but TikTok, on Tuesday.

Strube says he first came across Piloseno’s “mesmerizing and soothing” TikTok account about a year ago thanks to his four daughters who use the platform.

“He is a really impressive young man,” says Strube. “I want him to have all the tools he can to express his art.” Strube adds that Piloseno’s TikTok art mixes perfectly with Florida’s Paints’ existing tagline: “Paint a Brighter Day.”

“Paint and color are things that can change moods and brighten a community and that’s exactly what we’re about,” Strube says.

The company has already set up space for Piloseno, and the student, who graduates soon, will move from Ohio to Florida in the coming weeks to begin work as he takes online classes. Piloseno has set up a GoFundMe page to make up for the lost income and has already raised nearly $2,500.

Piloseno says the upcoming line of paints will be the only paint items featured on his popular TikTok account and the line will likely include colors from natural dyes. One of the most popular posts featured him using blueberries to dye paint.

This week, Sherwin-Williams found itself in a social media crisis after a BuzzFeed article broke the news that Sherwin-Williams fired Piloseno after discovering he had been posting his paint-mixing techniques to TikTok during work hours. Piloseno rehashes the BuzzFeed article, saying that he was fired for “gross misconduct,” including that the company accused him of “wasting” the company’s product, even though he began purchasing the paint himself to create his TikToks, and “seriously embarrassing the company or its products.”

This came after Piloseno pitched the company on using his TikTok account to appeal to Gen Zers.

“They sent a signal, as loud as it was unintentional, that employees who do what they're told are more valuable than employees who think outside the box,” says Andrew Cross, senior VP of public relations at PR agency Walker Sands. “They've unintentionally stifled employee ingenuity.”

The fact that Sherwin-Williams fired the young man does not seem to have had any impact on Strube’s decision to hire Piloseno. Rather, Strube points to Sherwin-Williams’ large corporate structure as the main reasoning for Piloseno’s discharge. “Sherwin-Williams is a good company and with any large organization you have to create boundaries and I think it’s probably just that it has so many things coming across their desk every day and you have to have corporate policy,” says Strube. “We have more of a family-oriented corporate style.”

Across social media, people weighed in to express their frustration at Sherwin-Williams’ decision to fire Piloseno. In some cases, Sherwin-Williams is being directly compared to Ocean Spray which, about a month ago, received praise over partnering with influencer Dogface after its juice was featured in one of his viral videos.

Firing the Sherwin Williams guy is like Ocean Spray sending the skateboard dude a cease and desist.

Most commentators landed on a similar reaction: If you come across creative talent like that, you don’t fire them, you embrace the creativity and hire them for a larger role.

if someone can make viral videos about PAINT he should be celebrated and given a senior marketing role.. instead @SherwinWilliams fires the guy. https://t.co/GnazazQLVm

Y'all literally blew a 3-1 lead, this kid created something worth *thousands and thousands* for you for basically retail wages and y'all threw it away