Has the revitalization of storytelling in the "Star Wars" films simultaneously sucked the creative life out of others? Brands came out to pay tribute to the franchise on May 4, which in nerd circles is more formally known as Star Wars Day. But overall, fell flat their ideas did, say we.

Reebok Classics are apparently the footwear of choice for Jedis. Or perhaps he's about to Force this shoe all the way to the garbage chute?

What up, Olive Garden? Is that breadstick supposed to be a light saber? Why are you dipping it into cheese sauce? Angry Alfredo does not look worthy of the Dark Side.

Celebrating #StarWarsDay with Angry Alfredo for the ultimate battle of Good VS. Evil. #MayThe4thBeWithYou pic.twitter.com/MnzMh1wu8O

Ok so United Healthcare gets a few points for cuteness -- and for its two-fer attempt to also honor national O.J. day.

#Maythe4thBeWithYou on #NationalOJDay! Use the force of Vitamin C to help keep the cold & flu bugs from invading your system. 🍊 pic.twitter.com/4oxNc82l6n

Storm Trooper, did you get pepperoni on your helmet?

When you're serving the Empire at 7, but eating pizza at 8. #MayThe4thBeWithYou pic.twitter.com/1ltXvulF9B

If NFL helmets were designed in a galaxy far, far away...
😱😱😱

It's the Jedi move thing again. Now it's M&M's, with a flavor we're not quite sure about. Maybe more effective with plain or peanut. Stick to the basics, candy.

Ok, so this one is pretty clever, from American Heart Association. Don't include it in the weak sauce category, and keep the idea in your head in case of emergencies. Also, there's a cool app idea in here somewhere.

Last year, T-Mobile had a pretty fun (and daring idea) characterizing one of its biggest competitors as "The DeATTh Star." But then today, it just gave a new name to its social media customer help team.

One of the more entertaining ones, from Dollar Shave Club. Who doesn't love a dude in Leia buns?

Hey Google, no doodle? This is what it looks like today: 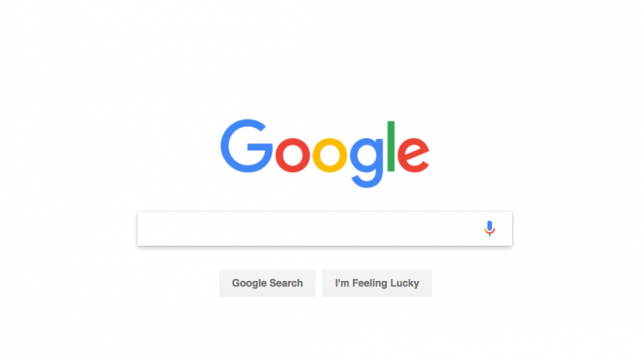