Foursquare has started pitching digital agencies on a new ad product that would use Foursquare's location and behavioral data to contextualize ads on other platforms, executives familiar with the situation said.

The ad product is still in development and will eventually allow advertisers to use Foursquare data to target ads purchased through ad exchanges or networks.

When launched, it will mark Foursquare's first attempt to generate revenue outside its app. 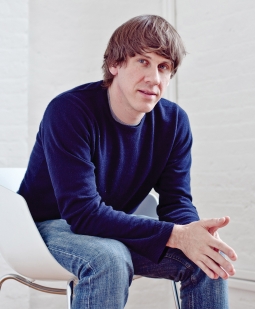 "We are always looking at ways that could make our data more useful for advertisers and partners, while respecting the privacy of our user's information," Foursquare said in a statement. "We're really excited about our 2013 monetization roadmap, and will provide more details when the time comes."

Currently, Foursquare's revenue streams include money earned from businesses buying promoted listings and specials advertised solely within the app. The company launched those programs in June 2012, a month after it hired Steven Rosenblatt -- the company's inaugural Chief Revenue Officer -- to help monetize the service.

But those ad products netted the company just $2 million in revenue in 2012.

The news comes amid heightened pressure on the four-year-old company to prove that it can generate enough revenue to justify a valuation that was once reported to be as high as $760 million.

On Wednesday, Foursquare released a new version of its app that aims to make local discovery (and not check-ins) its primary function.

The next day, Foursquare announced it received $41 million in the form of a multi-year loan and convertible debt from new and existing investors. "This allows us to get closer to being able to prove that there's a real business here," Mr. Crowley told Bloomberg Businessweek.

Ken Allard, managing director of global business strategy at digital agency Huge, a unit of IPG, said Foursquare's "unique and proprietary data is incredibly valuable." He added that the data could be used to predict how temperature will affect whether consumers buy hot or cold drinks.

Ian Schafer, CEO of digital agency Deep Focus, said Foursquare has one of the most reliable place databases on the Internet.

"I'm bullish on the business potential of what Foursquare has built and its value is not necessarily linearly tied its platform," he added.

Others were less enthused. One agency executive said it will be difficult for Foursquare to differentiate itself from Facebook, Twitter and mobile ad tech startup PlaceIQ as a provider of useful location-based marketing data.

Foursquare said its trove of data includes the 3.5 billion check-ins made on its platform and the data it receives from the more than 40,000 developers that have integrated Foursquare's location database in their apps, including the popular apps Instagram, Uber and Evernote. Check-ins may have declined, but Foursquare CEO Dennis Crowley said the company is compensating by becoming "the location layer for the Internet."

Using this location data to attract large brand advertisers both on and off its platform will be crucial to Foursquare's potential success. Small businesses -- the stores that users can readily find via Foursquare -- devote only 3% of their advertising budgets to digital, 12 percentage points lower than the national average, according to a recent Boston Consulting Group survey.

Foursquare said it is currently working with Burger King, Gap and Starwood Hotels among other prominent fast food, retail and hotel brands.

~ ~ ~
CORRECTION: An earlier version of this story incorrectly said Lord & Taylor is one of Foursquare's retail partners. Foursquare indirectly works with Lord & Taylor through its partnership with American Express.