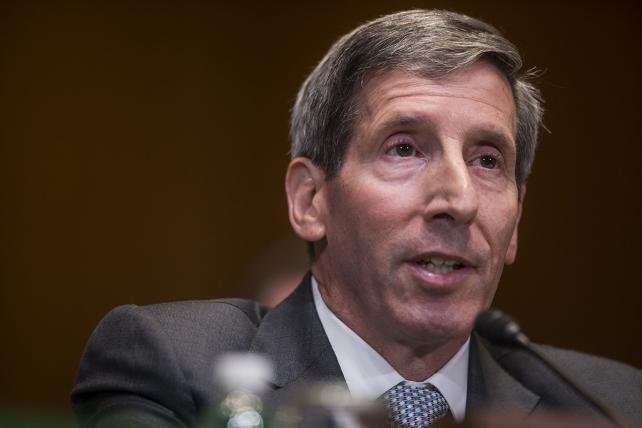 The chairman of U.S. Federal Trade Commission said Wednesday that the agency is "very interested" in learning more about the European Union's record fine of Google.

The comments by a top U.S. antitrust enforcer at a House subcommittee hearing came just hours after the EU levied a $5 billion (4.3 billion euro) fine on the Alphabet Inc. company, ordering it to change the way it puts search and web browser apps on Android devices.

"We're going to read what the EU put out very closely," said FTC Chairman Joseph Simons, while noting the U.S. and EU have different antitrust regimes. He said he had discussed the issue Tuesday with EU Competition Commissioner Margrethe Vestager.

Earlier in the hearing, which featured all five FTC commissioners, Simons said the mobile operating system market dominated by Android and Apple Inc.'s iOS is "concentrated."

"In the antitrust world, most of the problematic conduct occurs where firms are big and have market power," Simons said. "This is one of the places we would focus."

He added Google and Apple do "compete pretty heavily against each other."

The chairman, who took over in May, plans to hold a series of public hearings about the agency itself. He has said the question of whether tech firms such as Google, Facebook Inc. and Amazon.com Inc. are undermining competition will be a priority.

The FTC closed an investigation into Google in 2013.

The commissioners also faced several questions about their investigation of Facebook's Cambridge Analytica scandal, in which a political data firm tied to President Donald Trump's campaign obtained information on up to 87 million users of the social media site without their consent. The agency is looking at violations of a 2011 consent order with the company.

Representative Joseph Kennedy III of Massachusetts asked the commissioners whether they would examine potential "new unfair deceptive practices" by Facebook.

The commissioners declined to discuss a specific case, but Commissioner Rohit Chopra said "FTC orders typically do not preclude the agency from investigating conduct outside of those orders."

Chopra, a Democratic commissioner, also suggested the agency should have more vigorous enforcement of large companies.

"When it comes to small-time scammers, we really do lay down the hammer," he said, giving the examples of bans on particular executives and even the shutting down of businesses. "I would like us to apply the law evenly regardless if it's a small-time scammer or a big-time publicly traded corporation."

The president of the Internet Association, a Washington tech lobbying group that counts Google and Facebook as members, said in a statement Wednesday that the group encouraged "the FTC to keep the overwhelming benefits to consumers in mind as they seek to examine aspects of the internet industry."