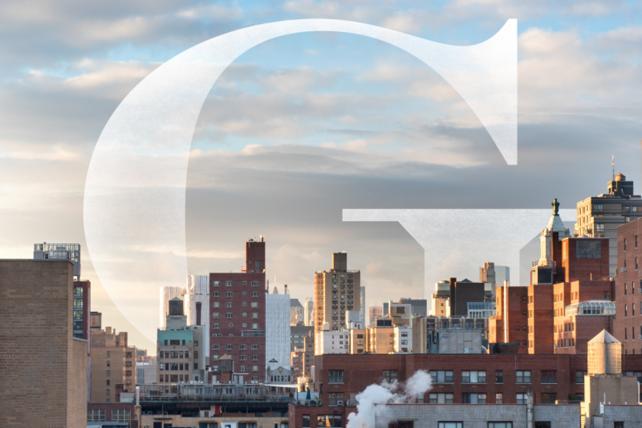 Gawker is known for many things, but feel-good stories and a brand-safe environment are not among them.

Kevin Lee, executive chairman and co-founder of Didit, a full-service digital agency that specializes in search, is considered to be a leading candidate to purchase Gawker once it goes up for auction later this summer. Lee's ad strategy for monetizing Gawker, should he acquire it, is radical to say the least.

For starters, Lee intends to flip Gawker upside down and rename it "Gawker for Good" -- the website would feature positive stories about celebrities and sports personalities. Half of all ad revenue would go to charities selected by both the reader and the celebrity who co-authored the content (i.e. Dwayne "The Rock" Johnson).

Lee contends that ex-Gawker staff are comfortable with this pivot of the website, as unlikely as that seems.

Elizabeth Spiers, founding editor of Gawker, is diplomatic in discussing this approach. She says her primary concern is that the archives be preserved, something Lee already agrees with. "I'm comfortable with him as a buyer," she says. "His background is partly cause marketing so what he wants to do with it doesn't surprise me, and there's some significant search equity there, so for his purposes it makes sense."

Then she adds: "That said, I'm not personally in the market for feel-good stories about celebrities and it's definitely at odds with the original Gawker brand, which has never been a PR vehicle for anything." Continues Spiers, "My personal preference would be that someone spin it back up as an actual news site, but that's expensive and so far, no one's been willing to invest at that level."

But Lee, who has no publishing background, believes he can create content and attract an audience cheaply. We caught up with Lee and asked him how he intends to make money from Gawker. The interview has been edited for brevity and clarity.

What is your dream first story for Gawker for Good?

One of the stories would be getting Hulk Hogan to talk about something completely different than what his old Gawker experience was. If we could pull it off and get Hulk Hogan to be on Gawker voluntarily, and pick a nonprofit cause he cares about, it'd be great.

Exactly. Can I pull it off? I have no idea.

What exactly is "Gawker for Good?"

What would you cover?

We would only cover non-salacious industry news within entertainment, sports and music to start. We would be very brand safe. Half of the ad revenue would go to a nonprofit that the reader picks, and we have a hypothesis that they'll be more likely to turn off their ad blockers because of that. Will it work? I have no idea. But I've had a lot of good conversations with a lot of folks about it that I'm willing to invest.

Can you give me an example?

Let's say we get a post from Oprah where she talks about animal cruelty. Typically, it would be a video, or it would be written, doesn't really matter. But when it gets posted, maybe Sarah McLaughlin gets tweeted at by the ASPCA (American Society for the Prevention of Cruelty to Animals) saying, "Check out this great story Oprah did about our cause."

She's a big ASPCA fan, so what will she do? She'll tweet it out. People won't just share because the content is great, they'll share because they are helping a cause. This will amplify sharing behavior, not just between celebrities, but also the rank and file readers.

And the reader also gets to pick a charity?

Yes. And whomever the reader shares the story with, that ad revenue will go to the charity they picked by default, unless the person who receives it decides to donate to a different cause. We're always rewarding the causes that the co-creators and the readers pick.

Publishers are struggling. What makes you think that donating half your ad revenue to charity is sustainable?

Our content costs will be minimal. A lot of it will be selfie-stick video interviews and our content will be created by a small editorial team, or donated by external journalists, whether they're YouTubers, celebrities, sport stars or whatever.

Here's the other thing: Getting a readership is the second-highest cost for a publisher and for some, it is their highest cost. In our case it'll be different.

Because a nonprofit is tagged in each of our stories, the nonprofit's social media team will share it. And let's say Dwayne "The Rock" Johnson shoots a three minute video for us about a new movie he's working on. He'll tweet it out to his 56 million followers. You can't buy that level of audience development for a reasonable amount of money.

You told me you have "deep-pocketed investors." Are any in tech or media?

I am in discussions with four deep-pocketed tech investors. They look at the model and say, "Inexpensive audience development and great content? I'm in." But they are not signed on yet. I'm hoping to get one signed who acknowledges their interest in the next week or so. Also, some people I'm talking to are interested from an impact perspective; they are willing to invest in things that create social good.

You have more than two decades of experience in search engine optimization, and many regard you as an expert. How will that play a role in Gawker for Good?

There are a lot of elements of publishing in this intersection between charity and celebrity that I believe will give this thing additional SEO legs. Our content isn't only the type of things people like to share, but also link to. Hopefully, Google thinks we're newsworthy and includes us in Google News like the previous Gawker was.

When I looked at the first Gawker domain, I looked at it through an SEO lens. For example, if you search for "Chevy Chase," somewhere in the top 12 listings is, "He's not Chevy, he's an asshole. Gawker.com."

Why is that interesting? It certainly isn't in keeping in the new editorial positioning, but it is interesting it was able to link to a high-profile celebrity with an article. I think we get these celebrities to rank with positive articles. It also still ranks for interesting stuff like "Pizza Calculator," which tells you how much pizza to order. I wouldn't recreate that sort of content, but it underscores Gawker's strong SEO infrastructure.

Do you have plans to monetize the old Gawker content?

Yes. We would add our technology to it. And a big disclaimer saying, "this is the old Gawker. Some content may be objectionable to readers, but we are supporting charities." Admittedly, there is a bit of irony there, because if you are generating money for charity with content about Ben Affleck being nude, you have to chuckle at it. We don't want to nuke the archives, despite the fact that some people don't think of them as journalism, they are history.

What is your gameplan to shake off the negative connotation of Gawker and its past editorial sensibility?

The game plan is to put our money where our mouth is. Start with a curated list of causes, stories about the causes themselves, stories about celebrities and their interactions with those causes and we'll tag it with the cause the celebrity is involved in. We'll show people how the system works and that it's not the old Gawker. In regards to the height of that hurdle, that is anyone's guess depending on who you talk to. We may have to launch without the cooperation of celebrities or athletes until we show them. Obviously, if we get an investor who is also a celebrity, that will be interesting.

Yes. The content will often come from other agencies, both PR and Madison Avenue, and when appropriate, my creative team — we have made several acquisitions of creative shops — will take the lead in branded content. Having those creative resources already in house, we see that as a big advantage. I think it will be a very powerful category for monetization for the website.

Will you have a sales team?

No. It will be all programmatic, at least when we start. We would be too small to have a dedicated sales team after launch. We will have header bidding of some flavor installed. We will attempt to roll out a private marketplace with all the demand-side platforms and as it turns out, I know all of them. I'm also a big fan of programmatic direct.

What will your relationship be with the newsroom?

If I hire someone I have a trust relationship with, I'll make recommendations, but it is their gig. I don't micromanage.

Who will you hire as editor?

A lot of that will depend on how much we will have left if we prevail. We don't know if the auction will be heated (the stalking horse bid for Gawker is about $1.1 million). If we have to bootstrap, I'd have to hire a junior managing editor, maybe they were let go for some reason, like someone from Interview magazine; they had to let go of some people recently. If we have a lot of money after the auction, I'll hire an editor for each section. It all depends on the auction. Hopefully, nobody else shows up.

Do you have plans to involve Peter Thiel, [the philanthropist who financed lawsuits against Gawker, including Hulk Hogan's] in any way?