Google+ a Ghost Town as Brands Decamp for Pinterest

Though Traffic From Marketers and Users Is Light, Google Doubles Down on Investment

Google+ launched brand pages six months ago, introducing new social lingo, including "hangouts," "circles" and "+1s." But strike up a conversation with a digital marketer these days, and talk of "+1s" has been replaced by that of "pins."

Even the platform's "best" brands haven't put a ton of effort into building out the pages. Nissan, for example, was lauded late last year for having one of the best new Google+ brand pages, even down to the animated GIF in its header image that gives the illusion of a car speeding by . Nearly 424,000 users have added the page to their "circles" (Google+ lingo for following a person or brand) and yet Nissan's agency decided early on not to invest in developing content specifically for the page, which mostly contains repurposed content from Facebook.

"The bottom line was that it was pretty bleak in its traffic," said Brandon Kleinman, director of social media and strategy at TBWA/Chiat/Day.

The broad consensus is that Google+ is an empty city where the masses go to set up a profile but then seldom return.

Still, Google is continuing to double down on the investment from both a product and a marketing standpoint. It has rolled out seven unique TV spots to promote the platform since December, according to Ace Metrix, which tracks and evaluates ad creative and, earlier this month, launched an iPhone app and the ability for any user to set up a "hangout on air" to broadcast video chats to an unlimited audience.

There's evidence of some -- if not exactly Facebook-size -- engagement. According to an analysis by the analytics firm Simply Measured, 64 of the top 100 global brands named by Interbrand in 2011 have Google+ pages, up from 61 when the platform was a month old in December. It found that 22 brands have been added to circles by more than 100,000 users, up from zero in December. Google is touting successes such as that of the Cadbury U.K. page, which organized three hangouts on air in March and saw its follower base grow by 150,000 afterward, according to a case study published by Google.

But there are also brands, such as Pizza Hut, Visa and Heineken, which have created pages but haven't posted anything since. 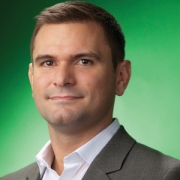 Avi Savar, founding partner at the social-media agency Big Fuel, said there's a widely held notion that Google+ users skew male and technology-savvy, which means having a presence on the platform is useful for consumer-electronics brands such as Samsung and T-Mobile. Such companies could potentially research which aspects of a device resonate with their niche audiences before bringing it to market, for example.

"It's a good place to do some community outreach and focus grouping, and to get insights from a specific type of demo," Mr. Savar said. "Outside of that , I don't find too much value for a brand to spend time, energy and resources there."

The latest official report from Google said more than 100 million people have been active on Google+ in the past 30 days, but that number includes people who've set up Google+ accounts and then visited another "socially enhanced" part of Google, such as search pages or YouTube. ComScore data paint a less rosy picture, showing that the average Google+ user spends three minutes on the platform every month, compared to 405 minutes for Facebook users. The average time spent by each Pinterest user per month is 50 minutes, per ComScore.

But Google's social-advertising lead, Christian Oestlien, says that third-party projections of adoption and engagement are off the mark, and he's bullish about the platform's continued growth.

Mr. Oestlien also pointed out that there are carrots for brands to develop robust Google+ communities, both in increased search visibility and clicks on ads. Advertisers can link their pages to their AdWords accounts to create a social layer within ads that can show friends on the platform who have recommended the brand.

"Taking social and being able to apply it at the moment of commercial relevance is incredibly powerful to our advertisers who spend thousands, if not millions, of dollars on Google on a quarterly basis," said Mr. Oestlien. He said ads with social context are seeing 5% to 10% higher click-through rates.

Even before the launch of brand pages, there was a notion held by some marketers that ignoring the platform could jeopardize their search rankings, since Google could one day reset its search algorithm to give considerable weight to signals from Google+. While that hasn't happened, there's evidence that Google+ is beginning to have an impact on paid search. According to Chris Copeland, CEO of Group M Next, his team has started seeing examples of high-priced keywords that would typically fetch anywhere from $6 to $15 per click retrieving Google+ listings instead of paid ads.

"If investing in and building a Google+ community offsets paid media, brands will respond to that ," said Mr. Copeland, who sees the emerging pattern as evidence of Google's commitment to its social network, since it's leaving money on the table to reward advertisers for Google+ activity.

"They're in essence forgoing a quarter-million a year off of one term," he said.