After years of fits and starts, Google's latest push into local online advertising suddenly looks serious -- and even professed internet novices like Barbara Oliver are noticing.

The owner of an eponymous boutique jeweler, Ms. Oliver depends on advertising to drive people to her hard-to-find third-floor shop in Williamsville, N.Y., near Buffalo. Not satisfied with TV and other advertising on which she spent $40,000 last year, she hired a consultant who bought $50 a month worth of Google search ads targeted to an 80-mile radius around Buffalo and set up a web page in the Google Places local directory service. That netted her enough new business that she has slashed her other ad spending by 40%. "Now I'm getting more people who say they found me on Google," Ms. Oliver said.

Google aims to reach many of the millions of other businesses like Ms. Oliver's that want to attract potential customers nearby. After failing to crack radio and print advertising several years ago and still struggling in TV ads, Google views local online advertising -- both by national brands and by smaller businesses such as restaurants and plumbers -- as a juicy target . "It's a big focus for me this year," said Susan Wojcicki, Google's senior VP-product management and the search giant's top ad products executive. "It's a huge opportunity where we can do things we haven't done before."

Google in recent months has unleashed a flurry of new local services and ad formats and expanded others. In an especially noticeable change to its search results, last October it tweaked its search engine to make local businesses and listings, including Google Places, much more prominent in response to a likely local-oriented query. The same month, Google moved Marissa Mayer, its high-profile VP-search products and user experience, to VP-consumer products, where her main job will be developing new geographic and local services.

"The core piece is really making the local business work," said Ms. Mayer. Google's overriding goal in local advertising, she said, is to anticipate what people might want -- a nearby restaurant, theater, or mechanic depending on their location, search history and other data -- before they actually know it. "Can we help a user find something useful to them without their specifically asking in a search query?" she asked.

If it can, that could pay off on the ad side. The online piece of the venerable $91 billion local business, whose sales channels include everything from Yellow Pages and newspaper ads to Google search ads and online directories such as CitySearch, will grow 18% this year, to $15.9 billion, according to market researcher Borrell Associates. That's more than online advertising overall, forecast for 14% growth.

The reason is simple: For all the fancy behavioral targeting based on your clickstream or purchase history, one prosaic data point may work best to attract potential customers: where you are. Advertisers quite often know the answer to that today, thanks to a raft of relatively recent developments, among them an explosion in net-connected mobile phones with Global Positioning System capabilities and social networks such as Facebook and Foursquare where people reveal their locations.

Google's interest in local advertising is partly defensive. New marketing methods and channels, from social network Facebook to daily-deal service Groupon to review site Yelp offer merchants and service providers simpler and sometimes cheaper alternatives to Google's search ads. Borrell expects search-ad spending by small- and medium-sized businesses to fall by 10% by 2015 as a result. Facebook, in particular, just became the most-popular marketing channel for local businesses, with 70% using it vs. 66% that use Google's search ads, according to a recent survey of 8,500 businesses by small-business social network MerchantCircle. 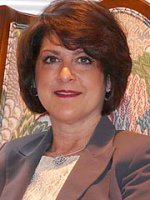 Google's local efforts date back to late 2005, when it opened a directory called the Local Business Center, renamed Google Places last April. Some 6 million businesses worldwide have claimed Places pages. But until recently, the company has struggled to come up with compelling new services for users and advertisers. Its Latitude location service is scarcely mentioned next to Foursquare's. Google also reportedly offered $6 billion to buy Groupon, only to be turned down in December.

Most of all, Google's AdWords search-ad system, which requires businesses to choose and bid on ad-triggering keywords, is often seen as too complex and time-consuming for most local businesses, which are more accustomed to simple, fixed-price Yellow Pages ads. "AdWords is like sitting in the cockpit of a 747 when you only know how to ride a bike," said Catherine Hillen-Rulloda, owner of Avante Gardens Florist in Anaheim, Calif.

Two ad formats rolled out last year are intended to remedy that. The first was Tags, which for $25 a month lets merchants buy a yellow pushpin on Google.com and on Google Maps highlighting their location. Google said tens of thousands of businesses are using them. Another product, launched nationally in late January, is Boost. Advertisers fill out a short business description, list a web page or free Google Place page listing, and set a budget as low as $50 a month, and the system creates an ongoing, automated search campaign.

To sell these ad products, Google has taken another leaf out of the Yellow Page publishers' playbook. Their local sales forces still hold sway among many time-strapped small businesses that buy an ad only because someone shows up at their door pushing them into it. "The hard nut to crack is the mom-and-pop operations," said Richard Holden, product management director for local ads. So last year, in a marked departure from its self-serve ad systems, Google hired several hundred sales people in Silicon Valley and elsewhere to promote Boost and Tags. It's uncertain how many more feet on the street Google will hire; reseller partners such as Yellow Pages publishers ultimately may handle most of those sales.

For everything Google's doing, its rivals aren't standing still either -- especially fellow digital natives. Yelp, which pitches itself as the last place consumers stop before spending money at a local business, attracts 45 million unique visitors a month to its 15 million reviews. It sells advertisers bundles of enhanced listings pages and search ads for $300 to $1,000 a month.

Others are teaming up to fight Google. Last month, pay-per-call ad startup Yext launched a $99-a-month program for small businesses to place a yellow tag similar to Google Tags on a dozen local-listings sites, including Citysearch, Yellowbook and MapQuest. CityGrid Media, an IAC unit that owns listing and review sites Citysearch, Insider Pages, and Urbanspoon promotes its local-ad and content network as an alternative to Google's local efforts. Facebook has introduced enhanced "Pages" for businesses and other groups, location check-ins and deal offers in addition to the locally targeted ads it has long offered.

Groupon has grown from an idea to more than $500 million in revenue in less than two years, largely on deals offered by local businesses. The big challenge Groupon and rivals such as LivingSocial present to Google as well as media companies, said Borrell Associates CEO Gordon Borrell, is that they're making advertising itself less relevant: Businesses don't pay until they notch a sale.

Robert D. Hof
View all articles by this author