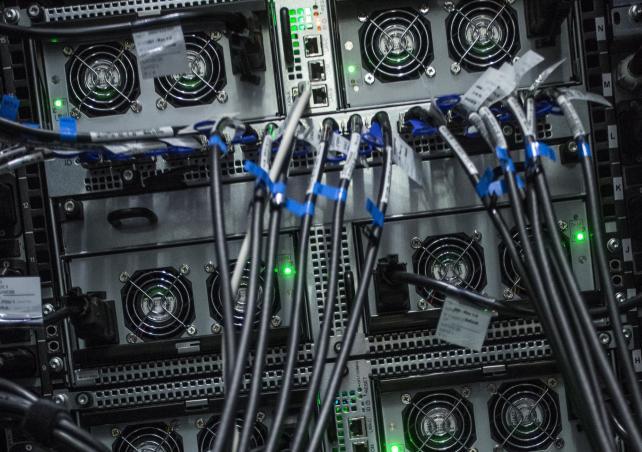 How many online activists does it take to save Silicon Valley's favorite Obama-era regulation?

Organizers of an online protest aimed at derailing a Republican plan to roll back net neutrality rules are hoping the magic number is 70,000. That's the number of sites and organizations -- including Amazon.com, Google, Facebook and even President Donald Trump's favored medium, Twitter -- that have pledged to participate.

On Wednesday, the big commercial sites will join scores of online activists and businesses in telling users about the change planned in Washington -- and ask the visitors to contact Congress and the Federal Communications Commission, where Republican Chairman Ajit Pai, a Trump appointee, commands a majority and is moving toward gutting the rule against interfering with web traffic.

The protest comes as Democratic lawmakers bring renewed focus on the issue. Democratic senators Ron Wyden, of Oregon, and Brian Schatz, of Hawaii, on Monday asked the FCC to ensure its computer system is prepared to withstand the expected surge of comments. Both senators support the embattled rule.

Already the FCC has received 5.6 million comments on the issue, ahead of a July 17 deadline for remarks. In May, televised commentary from comedian John Oliver sparked a surge of comments to the FCC.

Mark Wigfield, an FCC spokesman, declined to comment on the protests.

Organizers hope for an outpouring that can change a seemingly certain trajectory toward action by the FCC to roll back the rule that forbids broadband providers led by AT&T, Comcast Corp. and Verizon Communications from blocking or slowing data -- to hinder rivals, for instance, or to favor affiliated services.

"We're trying to make it easier for real people to comment and make their voices heard," said Evan Greer, campaign director for Fight for the Future, a non-profit advocacy group that helped organize the protest. "Ajit Pai has made it clear he has no interest in listening to the public. He's listening to the cable companies and plans to give them what they want."

The protest is "not going to stop the FCC," Berin Szoka, founder of TechFreedom, a policy group that supports Pai's move, said in an interview.

"Their entire agenda is simply to jump up and down at the FCC, and jump up and down on the Hill, and try to obstruct a legislative deal" that could see Congress resolve the years of debate over net neutrality, Szoka said.

AT&T wants in
AT&T in a blog post Tuesday said it will join the day of action with TV and print advertisements.

"We agree that no company should be allowed to block content or throttle the download speeds of content in a discriminatory manner," Bob Quinn, senior executive vice president of external and legislative affairs, said in the post. "So, we are joining this effort because it's consistent with AT&T's proud history of championing our customers' right to an open internet."

AT&T hasn't been in contact with day of action organizers, Quinn said.

AT&T accepted an earlier version of FCC net neutrality rules. The company joined other broadband providers in a failed court challenge to the FCC's 2015 rules that are at the center of the current debate.

Quinn in a news conference said he hopes Congress can act to write rules that aren't subject to swings of party control at the FCC. Democratic and Republican lawmakers haven't been able to agree. AT&T supports Pai's effort to remove the strong legal authority underpinning the 2015 rules, Quinn said. He said the company supports rules against blocking or slowing web traffic.

Spotify to Etsy
Among the nearly 70,000 people, sites, and organizations that have signed on to the effort are online music service Spotify, crafts website Etsy and IAC/InterActiveCorp's video-sharing site Vimeo, according to Greer. Spokesmen for Facebook, Netflix and Alphabet Inc.'s Google confirmed participation and declined to offer details. Amazon.com Inc. is taking part, according to protest organizers.

Websites taking part will display prominent messages on their home pages on Wednesday and encourage users to take action. Sample messages distributed by organizers included warnings that "we're stuck in the slow lane" and "this site has been blocked."

An online protest in 2012 was credited with helping persuade Congress to abandon legislation backed by movie studios to combat online piracy.

"All lawmakers in Washington should oppose the FCC's anti-net neutrality proposal that will do immeasurable harm to free speech and innovation, and is deeply unpopular," Mark Stanley, a spokesman with Demand Progress, a group helping to organize the protest, said in an emailed statement today.

But lawmakers aren't running the net neutrality proceeding as Pai heads toward a vote possibly later this year at the FCC. Pai's antipathy to the rule passed in 2015 was well known when Trump elevated him to chairman in January. And in 2014 while the FCC prepared the rule, Trump in a tweet called the regulation "Obama's attack on the internet."

Still, Democratic representatives are agitating against the change. "The @FCC wants to get rid of the rules that protect #net neutrality. That's a threat to destroy the internet as we know it," Senator Al Franken, of Minnesota, said in a tweet. Vermont Senator Patrick Leahy also tweeted, saying, "Ending #net neutrality would allow internet providers to slow certain websites or charge more for preferential service."

Others are organizing to support the FCC. Americans for Prosperity, American for Tax Reform, the Center for Individual Freedom, and the National Taxpayers Union are among policy groups sponsoring a website unlockthenet.com. The site "is a resource for those who support a free and open internet, not one strapped with needless regulations from government," according to a news release about the effort.