Why Google AMP Is So Much Faster in Three Dramatic Charts

Ghostery Visuals Compares Desktop vs. Mobile vs. AMP
READ THIS NEXT
Netflix is raising its prices

Here's a visual representation of how it aims to pull that off.

The mobile web version of the same story saw nearly 60.

The AMP version, however, had a total of 21. 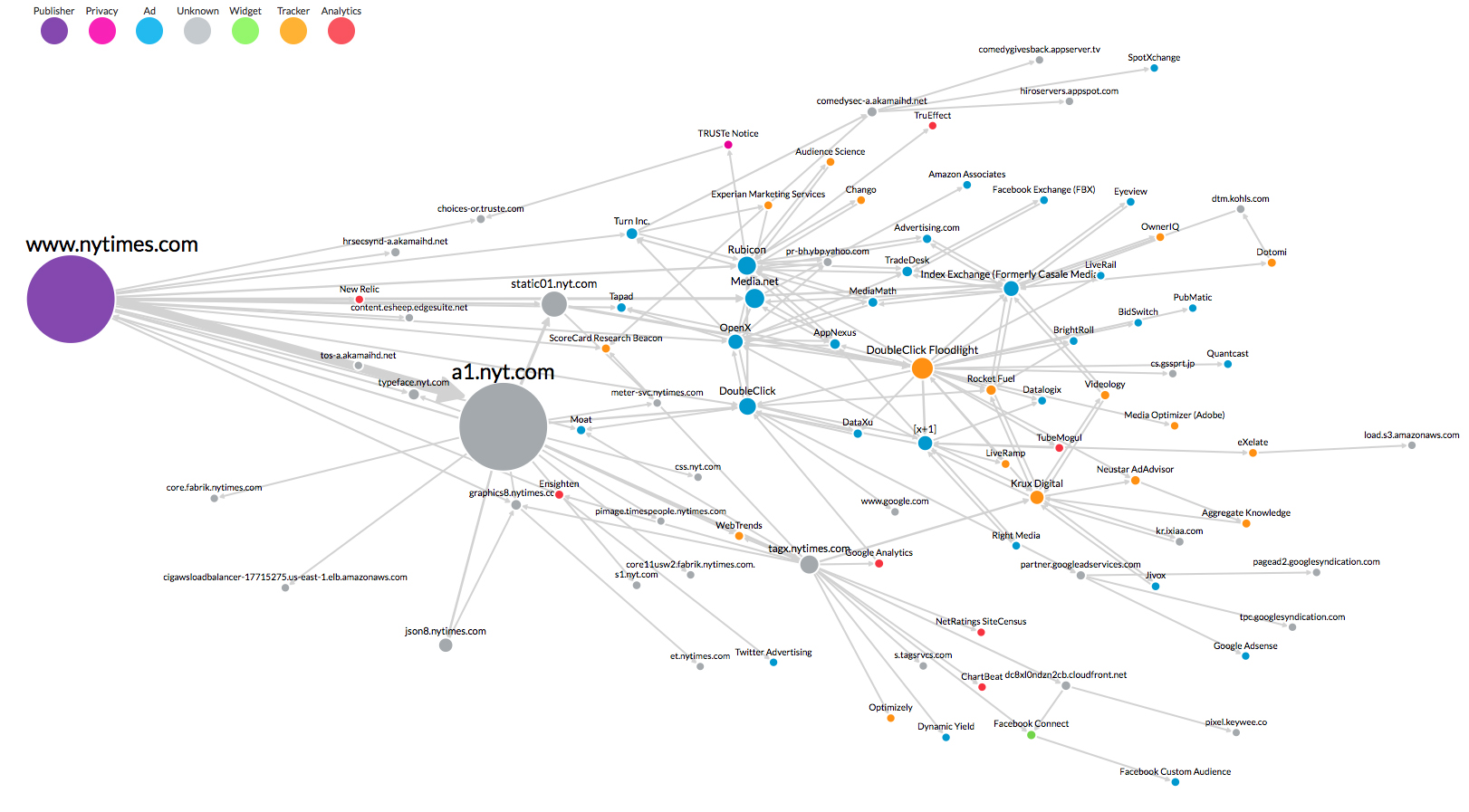 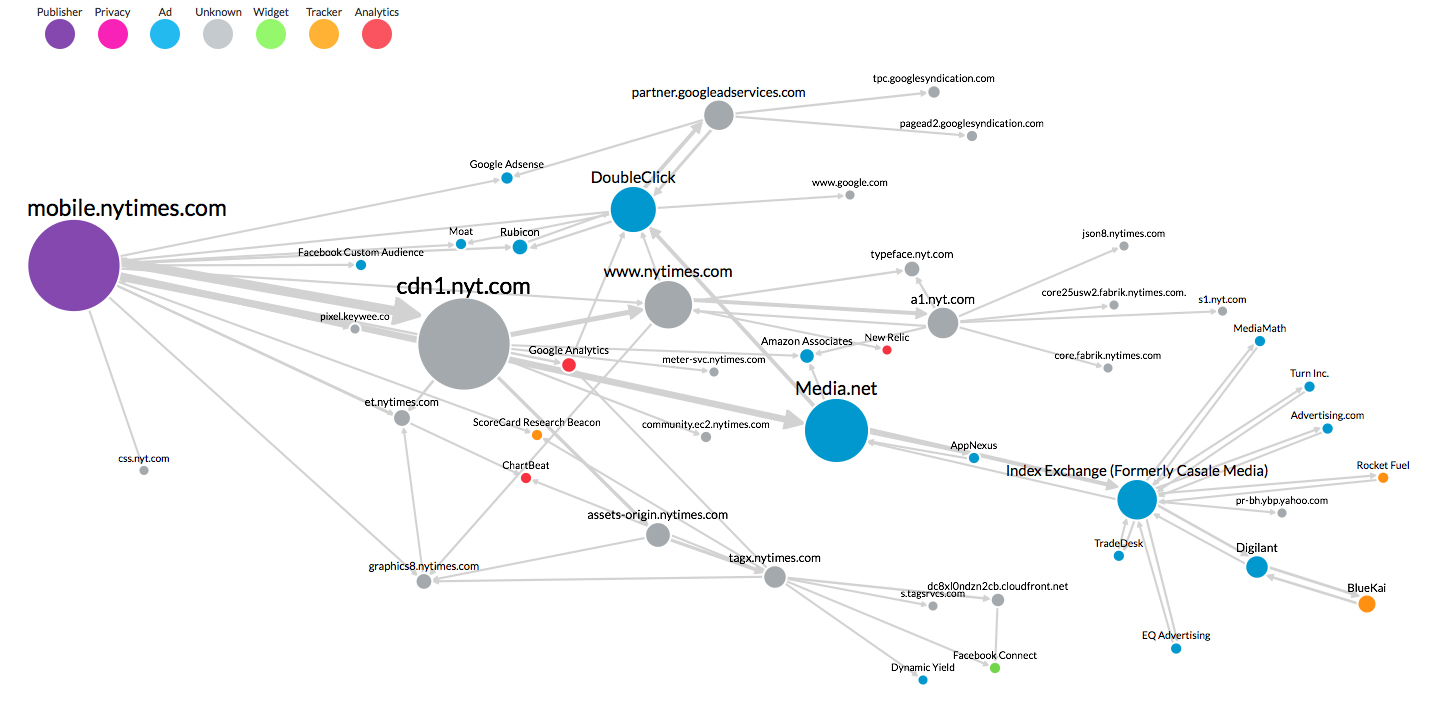 The different bubbles mapped out in each version of the same story represent cookies that companies place on a user's device. Some of them load quickly, while others take much longer. In the end, they all impact speed.

In short, AMP is like a diet version of HTML. JavaScript is essentially non-existent, for now at least, and images won't load until they're in the user's view. AMP also delivers content much faster because it will be cached via the cloud, meaning Google won't have to fetch it from a publisher's site each time a request is made.

"The New York Times itself is running very fast," Ghostery CEO and founder Scott Meyer said regarding the desktop version of the site. "But once you get beyond the Times, and into the far reaches of the ad exchanges, a lot of those companies are going to be slow to load and there will be an impact on user experience."

AMP is a response to similar but proprietary platforms like Facebook Instant Articles and Apple News. Unlike those, however, AMP is open source, meaning anyone can use it.

One of the main reasons AMP is so fast is because, for the most part, only what's essential is allowed. "There is not a lot on here so it is going to load a lot faster," Mr. Meyer said regarding the NYT's piece on AMP. "Every tag is going to load under 100 milliseconds. That's faster versus desktop sites where the tags load a lot slower. It really shows that AMP is delivering much better speed for the ecosystem."

So what sort of tags are on the NYT's AMP article? There's Chartbeat Analytics, the ComScore Scorecard measurement beacon, Moat's viewability measure and DoubleClick. In the New York Times example, all AMP monetization goes through Google's DoubleClick, which is certainly not the case for desktop and standard mobile.

Netflix is raising its prices

How video game advertising plays into Take-Two's deal for Zynga

The ‘Puppy Bowl’ is issuing NFTs