With Mobile Ad Spend Booming, Mobile Ad-Tech Is Starting To Mature
READ THIS NEXT
5 NewFront Takeaways: What brands should know about Amazon, YouTube, TikTok, Roku and more

Mobile advertising is booming, with a $5 billion dollar increase in spend expected this year, after a similar jump last. 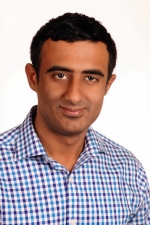 And as the spending increases, the mobile ad-tech ecosystem is growing along with it, flush with entrepreneurs trying to turn a profit while helping the growing market reach its potential.

Seeing that opportunity, Google, AOL Ventures, and others are investing $17 million dollars in Vungle, an in-app focused mobile ad-tech company based in San Francisco.

"This is just the tip of the iceberg," said Vungle CEO Zain Jaffer. "One day, apps will be everywhere -- in your car, in your contact lenses, on your TV and refrigerator -- and mobile ad tech will have to evolve and adapt."

Vungle said it plans to use the money to "build a suite of monetization tools for mobile app developers," including an in-app mobile video ad exchange.

By serving in-app ads only, Vungle opens itself up to challenges brought about by improving web design which minimizes the need for apps. But Mr. Jaffer said he was unconcerned.

"80% of user time spent on mobile is spent in-app," he said. "Apps will be the dominant form of software on a variety of devices -- leading-edge devices -- for a long time to come, and we are focused on being the monetization infrastructure those apps rely on."

Google and AOL seem to feel the same way, betting the company will succeed.

Vungle, founded in 2011, has raised $25.5 million to date. It employs 50 people and plans to triple that number within the year.