Google is popping off against one of the most annoying practices among digital publishers: interstitial messages that obscure the content consumers seek via mobile search.

Deeming most interstitials "intrusive," the world's largest search engine said Tuesday that publishers displaying interstitials on mobile sites after Jan. 10 may pay a price in their ranking among search results.

There are exceptions "if used responsibly," Google said in a blog post: Interstitials to verify people's ages, dialogues to sign into a paywall and banners that use "a reasonable amount of screen space" won't be penalized.

Marketers and agency executives, who share Google's goal of a vibrant mobile internet, said the change is a good thing.

"Google's goal has always been to take their users from A to B as quickly as possible, in a way that best satisfies a user's search intent – basically, 'here is your answer,'" said Mike Dobbs, VP of SEO at 360i. "Which is why sometimes they even grab the answer out of webpages and present it within their own search results. With this in mind, if a layer of content that is not really necessary -- like an ad interstitial -- and is added on-top of the true content a user is seeking, Google feels it creates a poor user experience for their audience."

But even those who agree with the sentiment worry about Google's power to shape the web to its liking, and point out potential conflicts and contradictions.

"Many publishers and marketers using interstitials already feel Google meddles with their consumer relationships and of course, don't like that Google is in a position to be judge, jury and executioner," said Kevin Lee, executive chairman and co-founder of Didit, a full-service digital agency that specializes in search. 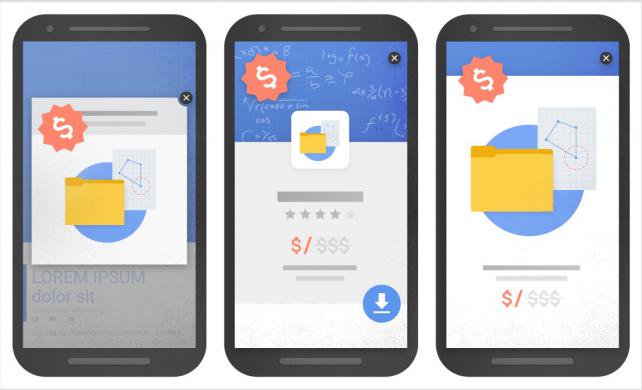 When Google makes changes like this, the exact impact on ranking may be very slight, but marketers and publishers automatically assume the worst and change their behavior preemptively rather than wait and see, Mr. Lee said.

"Of course, if Google really believes that anything that makes consumers wait to see content is a bad thing, they would discontinue YouTube pre-roll ads, but I doubt that will happen," he added. 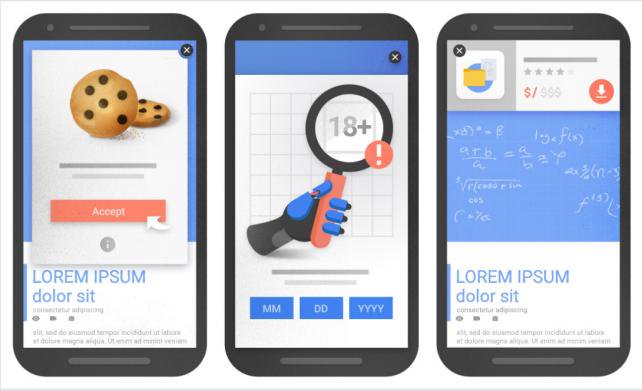 The new policy seems like it could even affect Google's AdSense Overlay Ads, which are advertisements that are similar to interstitials. "The overlay ads are controlled by Google as to how much they take over a page and how they look," Mr. Lee said. "So, it's likely that Google will adapt those ads so they generally don't block the user from seeing or navigating to the page."

"However, since the SEO teams and publisher monetization teams are fairly separated at Google, there's a small chance that even AdSense could be seen as a degrading user experience by the SEO team," he added.

There could be implications for other search engines as well. "Google is the market leader and sets standards that create expectations for users, and it is typically wise for all engines to meet those expectations," Mr. Dobbs said.

Indeed, many questions linger. What about non-profit websites like Wikipedia, which solicits donations in boxes that push content down? What if a publisher uses a pop-up to ask visitors to stop blocking its ads?

The big powers of the web will come up with answers as they see fit -- and that doesn't just mean Google.

"Google and Facebook are certainly in a battle to create the best user experiences," said Scott Shamberg, U.S. president at Performics. "If Google can use its leverage to spur brands or publishers to do this, Facebook is definitely thinking of ways to do the same thing."