Google Gains Ground on Amazon With Same-Day Deliveries During Holiday

Fewer Consumers Willing to Wait a Week
READ THIS NEXT
Tuning into Trends: CTV is an Engagement Cornerstone 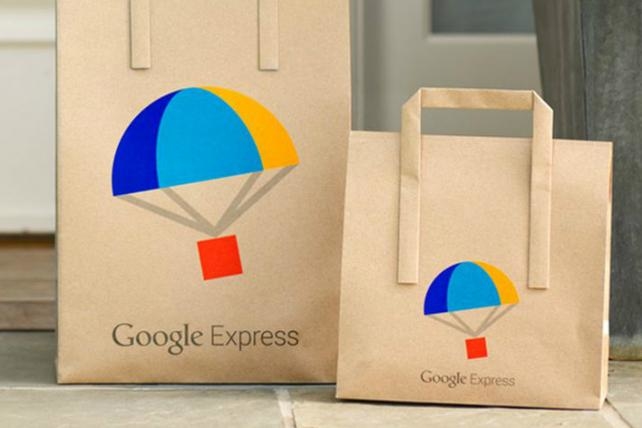 Google is improving its fortunes in the market for same-day package deliveries, stepping up competition with Amazon, eBay and a host of startups during the busy holiday shopping season.

Its service, called Google Express and available in big U.S. cities, handled 50% more toys in the two weeks after the Thanksgiving holiday, the peak of the year-end shopping season. Sales of books rose more than 30%, according to Google.

"It saved me from having to run an errand myself," said Aimee LaFont Leifer, a resident of San Francisco who used Google Express to order gifts, including a Lego brick set, for a charity event earlier this month. "It was good to be able to just keep working."

As more people shop on the web and on their mobile devices, they're bypassing Google and going straight to Amazon and other online retailers to find merchandise, robbing Google of an opportunity to make money by showing advertisements alongside search results. The portion of shoppers who used Amazon to begin their search for online purchases doubled in the third quarter to 39% from 2009, according to Forrester Research.

"More consumers are shopping on-the-go -- they have more options," said Colin Sebastian, an analyst at Robert W. Baird & Co., who estimates that 30% to 40% of Google's core search business -- which makes up more than half of the company's annual revenue of about $60 billion -- is tied to e- commerce. "Google needs to defend its turf."

White cars
Google Express, which debuted as a free test feature last year, now looks more like a permanent endeavor. Three new cities -- Chicago, Boston and Washington -- were added in October on top of the existing areas of San Francisco/Northern California, New York and Los Angeles. Google also started charging shoppers $95 a year or $10 a month for unlimited deliveries or $4.99 per eligible order. Same-day or overnight shipping for orders of more than $15 is free for members.

In San Francisco and Silicon Valley, home of Google's headquarters, white cars adorned with the Google Express umbrella logo can be seen parked outside shops and buildings.

Google added more than 15 new merchants to the service in the past few months, including PetSmart Inc. and 1-800- Flowers.com Inc., bringing the total to about 40. Target, Costco and Staples also sell goods via Google Express.

"We continue to demonstrate how we're going to make it scale," said Brian Elliott, a business development manager at Google. "There's a very strong commitment behind that today."

Amazon threat
Eric Schmidt, Google's executive chairman and former CEO, has said that Amazon is Google's biggest competitor in search because many consumers visit the e-commerce service first when they want to buy items.

Amazon has wooed consumers with millions of products and its Prime service that gives users two-day shipping and access to digital content for $99 a year. The Web retailer has also been expanding delivery services, including same-day service for groceries in some cities. Last week, Amazon began offering a one-hour package service in Manhattan, covering tens of thousands of household goods. Amazon said it will expand the service to more cities in 2015.

Kelly Cheeseman, a spokeswoman for Amazon, didn't respond to requests for comment.

As more people shop at home, the total U.S. delivery market is projected to expand 12% to $82 billion in 2016, according to Satish Jindel, president of SJ Consulting Group, a research firm.

Consumers are also demanding speedier deliveries, according to Joshua Hubbard, an industry consultant at AlixPartners. Just 35% of consumers are willing to wait a full week for free deliveries, down from 50% two years ago, a survey by the firm found earlier this year.

"People are more and more comfortable buying online, and much of the purchasing is delivered," Hubbard said.

EBay has also rolled out a delivery service promising merchandise in as little as two hours. Called eBay Now, it's debuted in several cities, including Boston, New York and Los Angeles.

Startups are also eying the quick delivery space. Instacart lets consumers order groceries, which are picked up and delivered by a shopper hired by the company.

Postmates offers goods from shops and restaurants in more than 15 cities. The San Francisco-based company, which has done more than 1 million deliveries, is counting on quick shipments of less than an hour to help it stand out in the market, according to CEO Bastian Lehmann.

"You pay for having access to a product within minutes," Mr. Lehmann said. "That really is the appealing thing. You press a button and a couple of minutes later, a MacBook arrives."

Mapping deliveries
Guitar Center, a Google Express partner, is seeing purchases of lighter products such as guitar strings or keyboard stands. Instruments are still usually bought in stores, according to Jeff Wisot, the retailer's vice president of enterprise digital marketing.

"We're very motivated to offer our customers as many options as we can," Mr. Wisot said. "For a company to build it internally, it would be pretty expensive."

Google has the technology to make deliveries more efficient, using mapping data to help route drivers in the fastest way possible, according to Mr. Elliott. "What we're doing pretty successfully is proving to retailers that we can help them drive more sales to their existing customers." he said.