Search Giant Says It Has Eliminated Three Popular Botnets
READ THIS NEXT
5 NewFront Takeaways: What brands should know about Amazon, YouTube, TikTok, Roku and more

Nobody knows exactly how much ad fraud costs the industry each year, but no one denies its existence and nearly everyone agrees something needs to be done to stop fraudsters from stealing millions, or even billions, of dollars from the advertising industry each year. 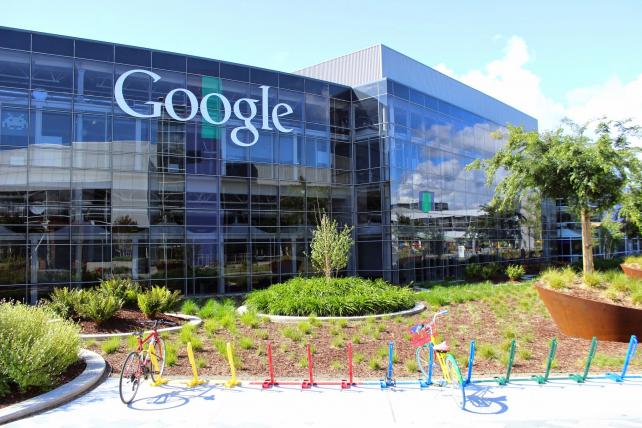 Search engine behemoth Google is unleashing a new weapon in that fight with a new feature introduced today that automates the filtering of traffic from three of the top ad fraud botnets currently plaguing the advertising industry.

These three botnets have already infected more than half-a-million electronic devices, but Google has further reinforced its existing botnet defenses across its ad systems and says it can now stop all three. Additionally, Google said it has a new feature that is "resilient to possible changes" made to the malware that generates botnet traffic.

Botnets are responsible for fake traffic or serving ads that nobody will ever see. Botnets also control armies of malware-infected computers which are operated by fraudsters who generate large amounts of non-human ad traffic volume for unscrupulous publishers. In turn, this generates both fraudsters and those publishers lucrative ad dollars.

While statistics on how much ad fraud cost the industry usually vary, the Association of National Advertisers released a study last month that said ad fraud will cost $7.2 billion in 2016. Meanwhile, another study cited numbers as high as $18.5 billion, claiming that for every $3 spent, $1 goes to ad fraud. 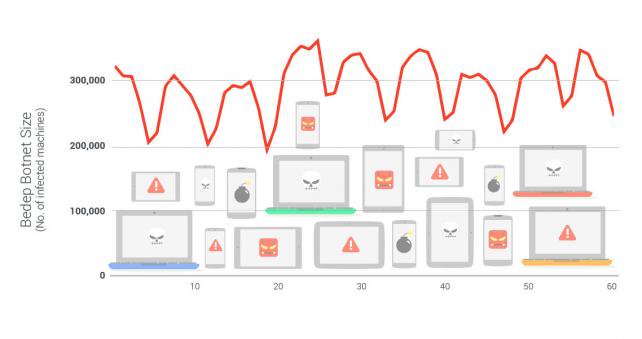 The Bedep Botnet size over the course of 60 days. Dips in the graph represent weekends, when some infected machines are turned off.

Google claims that "hundreds of thousands of computers" are infected with malware used specifically for ad fraud. More so, the botnets are designed to be clever, as most mimic human behavior such as scrolling and clicking on articles or ads.

Google said its latest move will boost its defenses against invalid traffic generated by ad fraud malware Bedep as well as two other malware families which Google calls "Beetal" and "Changthangi."

Google said it has developed the capability to "significantly protect" its systems against traffic generated from Bedep, Beetal and Changthangi through an automated, scalable filter. Marketers can access the filter on DoubleClick Bid Manager and Google Display Network.

"Our move to consistently and confidently cut out the traffic from these botnets represents a significant milestone in the defense of our advertising ecosystem," said Andres Ferrate, chief advocate, ad traffic quality at Google in a blog post Tuesday. "Identifying ad fraud malware and protecting ad platforms against botnets is a sophisticated effort that requires deep technical knowledge, diligence, and the ability to think several steps ahead. It's a game of chess against an opponent that is constantly changing the rules."