Google Election Inquiry Is Said to Focus on YouTube and Gmail

As part of a wide-ranging investigation into how Russian-linked operatives harnessed social media during the 2016 U.S. election, lawmakers are homing in on Google services including YouTube and Gmail. 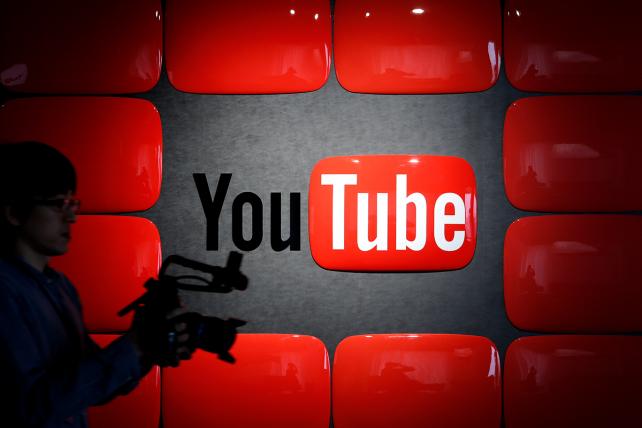 The Senate has called Alphabet Inc.'s Google to testify Nov. 1, along with executives from Facebook . and Twitter. A U.S. House of Representatives panel, which is running its own probe, is focusing on any materials on Russian ad buying on Google, search engine manipulations, fake news and the potential uses of YouTube, according to two House committee members. Another target of the inquiry is Gmail, the committee members said.

Google had initially said it found no evidence of targeted tactics like the thousands of election-related ads purchased on Facebook. Still, the online search giant has a wealth of channels that could be tapped to spread controversial political messages or sow discord online.

There are advertisements that appear on search results; a gigantic ad network, which handles the placement of marketing spots on sites across the web; and Google News, which aggregates stories from various outlets and itself is grappling with ways to handle intentionally false stories. There is also Gmail, the target of high-profile hacks before the election.

Yet Google's most vulnerable property might be YouTube. The world's largest digital-video portal is a glut of content. Russia Today, a Kremlin-tied media outlet and a focus of Congressional investigators, has YouTube channels with more than 2.5 million subscribers. Google sells the network, known as RT, in its package of premium ad inventory, which commands higher rates because of its large audience.

The internet giant said Tuesday it recently pulled RT from this program, known as Google Preferred.

"What we know of right now is probably the smallest concentric of Russian activity, and there could very well be a lot more," Representative Adam Schiff, the ranking Democrat on the House Intelligence Committee, told reporters Monday. "An even more thorny question is when you have state-owned propaganda outfits like RT: How do we regulate that when they're using their press as a propaganda arm of government?"

Senate Intelligence Committee Chairman Richard Burr, a Republican, and Democratic panel Vice Chairman Mark Warner plan to hold a news conference Wednesday on the status of that panel's probe into Russia's meddling in the election.

Google is also conducting its own internal investigation, a personal familiar with the matter said last week. "We will of course cooperate with inquiries," a spokeswoman said at the time. She declined to comment further.

"We haven't heard anything from Google or Congress, for that matter, about this kind of inquiry or change of status,'' an RT spokeswoman wrote in an email.

As with Facebook, virtually any group can use Google's self-service ad tools to buy units on search, websites, mobile apps and videos. Congress may also scrutinize whether websites or bots gamed Google's news search algorithm. In the aftermath of the U.S. election, some blatantly false articles – like one, from a tiny blog, that claimed Trump won the popular vote – surfaced to the top of Google news search results.

Google has rolled out some tools to minimize this. Another area of focus could be the company's sprawling online ad machinery. Google Display Network, a central hub, reaches some three million different websites, providing the infrastructure for many small websites to make money.

The inquiry comes as Google continues to wrestle with an intersecting business problem: whether advertisers, its main revenue source, get enough information about where their spots run. A slew of major marketers halted spending on YouTube and its display network in April after some ads ran with extremist videos, potentially threatening their brand images by association. Many have returned, and the boycott made no noticeable dent in Google's sales.

To lure more ad dollars onto YouTube, Google packages the most popular videos into a bucket called Google Preferred. That category includes video channels on fashion, comedy and sports. In its News section are Russia Today's main account and RT America. Together, they are the second-most-popular channel. Until last week, YouTube's system meant advertisers didn't know exactly where their ads appeared with Google Preferred.

A January report from the Director of National Intelligence cited RT as closely affiliated with the Russian government. According to the report, the network spent the election season "undermining viewers' trust in U.S. democratic procedures and undercutting U.S. criticism of Russia's political system."

Congress is looking at about 3,000 Russia-linked election-related advertisements bought on Facebook, which the social network handed over on Monday. The CNN report said the ads promoted "anti-Muslim" and other "divisive" messages, but didn't elaborate on when exactly they were published.

"For the most part, most of our clients look to avoid hard news anyway," said Joe Barone, head of brand safety for GroupM, the media buying arm of WPP.

"We've been working very closely with Google this year," he added. "They understand that the concerns and the issues go beyond just marketing investment."