READ THIS NEXT
Why data will change health care as we know it
The Google Assistant as it appears in the new Allo messaging app.
Credit: Courtesy Google.

Google unleashed its digital assistant for the first time, arriving late to the intensifying race among the largest technology companies to create a more personal and lucrative way for computers to interact with humans.

The Google Assistant uses artificial intelligence tools, such as voice recognition and natural-language processing, to answer questions and satisfy other requests delivered verbally and in formats such as text messages. The first incarnation is as a digital buddy inside Google's new Allo messaging app, which the Alphabet unit unveiled Wednesday. The assistant will also appear inside Google's Home internet-connected speaker -- expected next month -- in new Android smartphones and in devices such as cars and watches made by other companies, Google executive Nick Fox said.

"It is a significant effort across Google and it brings together many teams," Mr. Fox said in an interview in San Francisco. "It's a layer across Google -- the glue that links our existing services and technology together."

Google is adjusting to a new world in which people interact more often with smartphones and other devices and appliances linked to the internet than with personal computers, and are increasingly speaking to these smaller gadgets instead of typing in commands. There are hundreds of Googlers working on the Assistant, according to one person familiar with the team, and it represents one of the biggest bets by Chief Executive Officer Sundar Pichai since he took the helm of Google from co-founder Larry Page last year.

Google thrived in the PC era by creating a search engine that became the main access point for information on the web. Relevant ads and billions of dollars in profit followed. The mobile revolution has offered opportunities for rivals to challenge that role.

Amazon's digital assistant, Alexa, was rolled out in 2014 and is already handling verbal orders and other requests from millions of users of its Echo in-home device. Apple's Siri, introduced in 2011, interacts billions of times a year with people speaking into their iPhones. Microsoft has added its Cortana digital assistant to Windows, and Facebook's Messenger mobile app is building a digital nest for AI-powered assistants.

"This is a new gateway to the internet, to advertising, to e-commerce, so market share here is worth trillions of dollars over time to Google and its competitors," said Oren Etzioni, head of the Allen Institute for Artificial Intelligence. "Google may like its dominant position on current platforms, but it has to adapt."

Even though Google's assistant comes years after some of its rivals' entrants to this field, Mr. Fox said the internet giant has an advantage because useful digital assistants are trained with AI techniques, such as deep learning, that the company has been researching or using for years.

On a smartphone, Allo monitors a consumer's texts to suggest appropriate responses, using Google's Smart Reply system. That tool was built a few years ago using thousands of computers arranged in a so-called deep neural network, an AI approach that's yielded big advances. Allo and the Google Assistant will learn what phrases people prefer over time. "If you tend to be an 'LOL'-type person, it will adjust to that," Mr. Fox said.

The Assistant relies on other Google technology, including its search engine. Ask it for "News about Hillary," and it will understand this refers to Hillary Clinton and pull information from Google's existing index of websites, Google Images, Google News and its database of entities and objects, called the Knowledge Graph.

Google's Assistant also performs tasks that get it into e-commerce territory, taking on Amazon's Alexa. Users will be able to book a restaurant through the assistant and buy tickets to a game or event. Anything that involves getting things done more easily will be addressed over time, Mr. Fox said. Google has nothing planned on the advertising side yet, he added.

Apps and web services from other companies will be integrated with the Assistant in coming months, Mr. Fox added, citing Priceline Group's OpenTable restaurant-booking business as an example. The Assistant already uses third-party data to answer questions about flights, he said.

Google decided to give the Assistant a personality, and it tells jokes when asked. Inside Allo, a text saying "Tell me a joke" produced the following gag: "Did you know that all clouds have dandruff? That's where snowflakes come from."

Google didn't give the system a name -- a contrast to Siri, Alexa and Cortana. That's in part because Google designed its assistant to learn and evolve to be a different helper depending on the user. You can say, "My favorite sports team is the San Francisco Giants," and it will reply, "OK I will remember that." Later, when you ask, "What's the latest score for my team?" it will send the score of the latest Giants baseball game, Fox said.

This new conversational interface embeds Google further into the private lives of users, and the company has set up a system it hopes will address privacy questions. Conversations with the Google Assistant will be saved to the My Account section of a person's Google account online. This is the way traditional Google searches are saved, and both sets of data can be deleted by users.

Chats in the Allo app are encrypted, but Google has keys to untangle that scrambled information so it can use the data to improve its Assistant and provide AI features like Smart Reply. Users can start an "incognito chat" that Google has no way of accessing, Mr. Fox said. This is similar to Google's Chrome web browser, which lets users open a new browsing window in "incognito" mode to avoid the company tracking that activity. 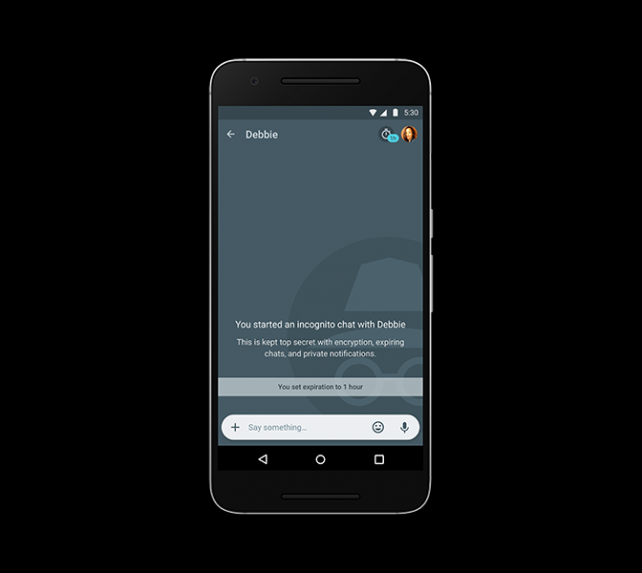 Users can start an 'incognito chat' that Google has no way of accessing.

Google is aware of the limits of its AI and is trying not to promise too much from the Assistant, at least early on. It won't automatically insert information into chats between friends on Allo, but will occasionally appear to say it has suggestions and wait to be summoned. It will also stay away from value judgments or sensitive subjects such as violent and adult material. In those cases, it will apologize and say it can't answer, or send web results from Google's search engine.

When asked in Allo, "Who is better, Hillary Clinton or Donald Trump?" the assistant supplied a link "From the web" to a comparison of the presidential candidates from a site run by data technology company Graphiq Inc.

The system can't currently place an order from Amazon. In Allo, the request "Order me more dog food on Amazon" produced the reply "There might be some info on the web," along with a link to the dog food page on Amazon.com.

Still, Google's Assistant already knows its rivals. When asked if it is better than Alexa, the system responded diplomatically. "I like Alexa's blue light. Her voice is nice too." 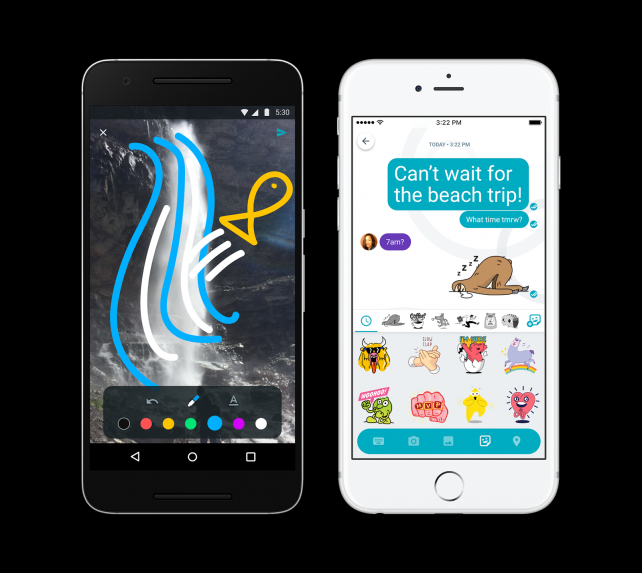