Digital Duopoly: Google Follows Facebook Results With an Amazing Quarter of Its Own | Ad Age
Skip to main content

Digital Duopoly: Google Follows Facebook Results With an Amazing Quarter of Its Own 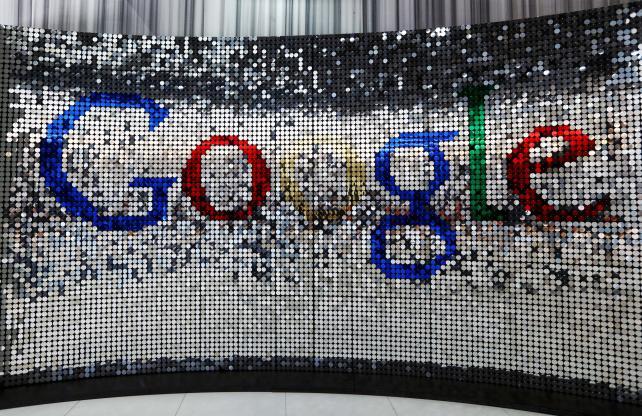 One day after Facebook posted its best quarter yet, with ad revenue up 63% to $6.2 billion, Alphabet beat analysts' expectations with results including a 19% lift in Google ad revenue to $19.2 billion.

The results are likely to further stoke investors' love affair with the companies and marketers' trepidation about their collective power in digital media. Alternatives are distant pursuers: Twitter on Tuesday reported a slowdown in advertiser interest and posted $600 million in revenue for the quarter.

When Facebook and Google shelled out to take over long stretches of the central beach at the Cannes Lions International Festival of Creativity this summer, WPP CEO Martin Sorrell dubbed the stretch "Duopoly Beach."

Nothing looks likely to change soon, Nomura analyst Anthony DiClemente said Friday morning. "Alphabet's 2Q results support Nomura's thesis that the vast majority of incremental growth in internet advertising should continue to accrue to the largest platforms," he said in a note.

Alphabet's second-quarter profit before certain items was $8.42 a share, the company said. That exceeded analysts' average estimates of $8.03 a share, according to data compiled by Bloomberg.

Excluding payments to distribution partners, total Alphabet revenue rose to $17.53 billion, beating analysts' forecasts of $16.86 billion. Traffic acquisition costs, or TAC, paid to distribution partners were $3.98 billion. Alphabet shares rose 4.6% to $801.06 in extended trading. They had climbed less than 1% to $765.84 at the close in New York, leaving them down 1.6 percent so far this year.

Alphabet is investing in new businesses ranging from cars to fast internet service to health care as it looks for the next big thing to replace its highly profitable, yet aging, ad business. Aggregate cost-per-click, which measures how much advertisers pay for clicks on their Google ads, fell 7% versus a year earlier.

The main Google internet business is adjusting to the rise of smartphones as the computing device of choice. It struggles to make as much money from ads shown to mobile users as it does from ads seen on PCs. That's partly because the company pays more to partners to reach users on phones.

However, Google has shown progress in recent quarters, including in the latest.

"Mobile and video is center stage for both" Google and Facebook, said Jitendra Waral, a senior analyst at Bloomberg Intelligence. "There's no reason they can't increase their market share."

At the same time, Google has continued to make heavy investments in machine-learning research and cloud-computing infrastructure to improve existing products and build new ones. So far, that's yielded new popular applications like Google Inbox and Photos, new cloud services for businesses, and also let it improve the efficiency of its mammoth data centers.

Second-quarter revenue from Alphabet's "Other Bets," which includes businesses like internet service provider Fiber, Verily for health care, and Nest for smart-home devices, were $185 million, compared with $74 million a year earlier. Operating losses, excluding equity compensation, for Other Bets were $859 million compared to $660 million a year earlier. Alphabet capital expenditures fell 16% to $2.12 billion in the latest quarter.