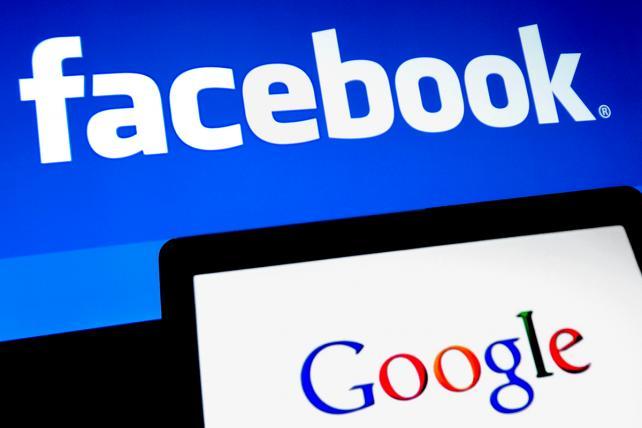 Here's a positive spin on eMarketer's recent report: Digital advertising on mobile will only become easier for marketers, as Google will control search and Facebook will control display.

But for those who enjoy a darker outlook, the duopoly that is Google and Facebook isn't going anywhere soon, and in fact, will continue to grow: This year, the two will control 57% of all mobile advertising. Come 2019, that number will increase to 60%, eMarketer said.

That's excellent news for Google and Facebook, as the majority of digital ad dollars are flowing toward mobile.

And each is laying claim to their turf.

"Google's dominance in search, especially mobile search, is largely coming from the growing tendency of consumers to turn to their smartphones to look up everything from the details of a product to directions," Monica Peart, eMarketer forecasting analyst, said in a statement. "Google and mobile search as a whole will continue to benefit from this behavioral shift."

As Google maintains its grasp on search, Facebook is nibbling away display market share from competitors like Google, Yahoo and Twitter. According to eMarketer, Facebook's U.S. display business will jump 32.1% to $16.33 billion, and will capture 39% of the U.S. display market.

Those numbers will increase come 2019, as Facebook will control 43.7% market share, or $23.9 billion in revenue, eMarketer said.

Helping fuel Facebook's display push is Instagram, which will account for 20% of its parent's mobile ad revenue this year, up from 15% last year, eMarketer said. Although Google's display business will capture $5.2 billion in 2017, its market share will drop to 12.5%, down from 13.8% from the year earlier, eMarketer said.

"Facebook's users are increasingly captivated by videos on the platform -- not just on Facebook but on Instagram as well," Ms. Peart said. "Video, both live and recorded, is a key driver of growing user engagement and advertiser enthusiasm."

And for those expecting Snapchat to take on Google and Facebook, eMarketer said the company will only account for 1.3% of the mobile ad market in 2017. That number will eventually increase three years later to 2.7%, eMarketer said.