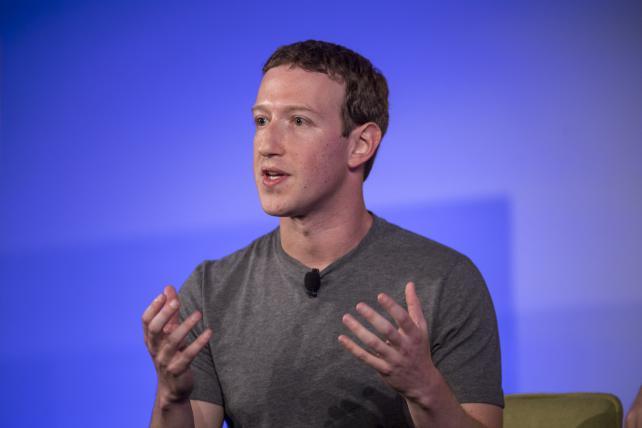 Facebook CEO Mark Zuckerberg seen during a session at the Techonomy 2016 conference in Half Moon Bay, Calif., on Thursday, has said that 'more than 99 percent' of what people see on Facebook is authentic.
Credit: David Paul Morris/Bloomberg

On Monday, Alphabet Inc.'s Google said it's implementing a new policy that pulls its popular advertising tool from websites that run "misrepresentative content" although it stopped short of banning fake news from its pages. Facebook clarified existing rules that it won't integrate or display ads in apps or sites that are illegal, misleading or deceptive.

"Moving forward, we will restrict ad serving on pages that misrepresent, misstate, or conceal information about the publisher, the publisher's content, or the primary purpose of the web property," Andrea Faville, a Google spokeswoman, wrote in a statement.

Google's AdSense for publishers, which facilitates web display ad sales, is the dominant service in the industry and a primary source of revenue for most online publications. The incoming policy will not necessarily scrub false articles from its search pages, which surface from complex algorithims. But the move could send publications behind fake news scrambling for cash.

Reuters first reported on Google's policy change. Google was working on the policy prior to the U.S. presidential election last week, according to Ms. Faville.

Donald Trump's surprise victory in the U.S. election has sent shock waves across Silicon Valley. Geoff Lewis, an investor with venture firm Founders Fund, pinned some of the blame for the results on the tech industry on Sunday, arguing that social media sites had grown too cloistered. Facebook, in particular, has been the target of criticism for hosting false stories that circulated before the election.

On Sunday, Facebook CEO Mark Zuckerberg responded, claiming that "more than 99 percent" of what people see on the social media site is authentic. "Overall, this makes it extremely unlikely hoaxes changed the outcome of this election in one direction or the other," he wrote.

Google faced similar heat on Monday morning. The top search result for a query around the election result directed users to a Wordpress blog citing unverified information. Google copped to the error. "In this case we clearly didn't get it right, but we are continually working to improve our algorithms," Ms. Faville said.