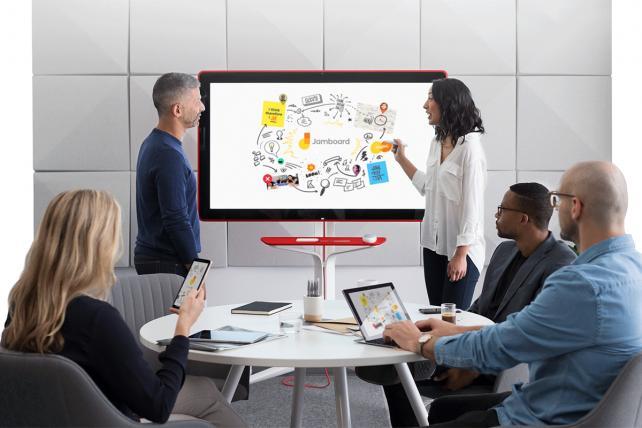 Google is inviting companies to get on the waiting list for its latest in-office tool called the Jamboard. It's a digital whiteboard that could make workers long for the days when PowerPoint presentations were all they had to worry about.

Funny name aside, Google's new tech toy does look slick. It has a 55-inch, 4K resolution screen that syncs with Google's G-Suite office products, and it connects to the internet to share with remote offices.

Google said the Jamboard has only been available to select early partners like Spotify and Netflix. The board costs less than $6,000, which makes it cheaper than Microsoft's Surface Hub at $9,000.

Still, Google does not have the best track record with quirky new gadgets -- think, Glass -- so Jamboards might not necessarily invade Madison Avenue. If it does, everyone could be in a Jam.