Google+ Extends Reach Across the Web With New Social Ads

Google+ will extend its reach across the web in the guise of new ad units.

Google has been testing new social ads composed of posts published by brands to its two-and-a-half-year-old social network, which they can now promote and target across the Google Display Network. 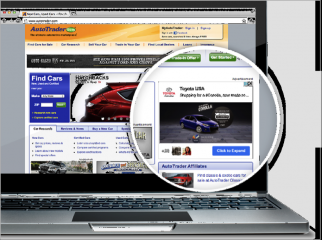 The ads contain the same social context -- +1s (Google's version of Facebook "likes"), shares and comments -- as any Google+ post. Advertisers will only pay when a user hovers over the ad for two seconds, which will cause it to expand on the screen.

Google's director of global brand solutions Gretchen Howard said that +Post ads are a result of the company's ongoing effort to make its products more social. It's had social annotations in search since 2011 and can show how many Google+ followers a brand has within its search ad, for example.

"Over the past little over a year, we've been really thinking about how we build out sharing and recommendations into all of our ad products," she said. "We thought the next logical thing would be for brand advertisers to have conversations within the ad."

Brands will be able to promote photos, videos and Google Hangouts -- or group chat sessions hosted within Google+ -- inside the ads. For example, Toyota is promoting its "Collaborator," a tool it's built on Google+ to let people customize their own car and invite friends to provide feedback via a Hangout session. 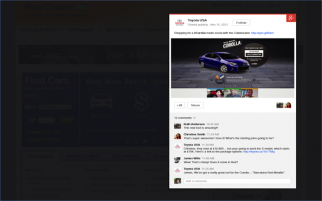 Meanwhile, Google+ itself will still be ad-free. Up until now, brands with a presence on the network have only had their organic followings to distribute content to. (Toyota USA, for example, has 247,000 followers.) But the positioning of Google+ as a mechanism to promote content more widely could be a hook for marketers to invest more in their presence there.

If the function of Google+ is in part to be a place for marketers to create content for their paid ads, it also makes the lack of user engagement less relevant. Google reports that there are 300 million monthly users accessing the Google+ content stream, but it hasn't divulged daily usage.

While only public Google+ posts are eligible to be promoted on the web, it will now be possible for users to see their likenesses and comments packaged into social ads, which was presaged in a disclosure by the search giant in October. The setting that determines whether users' names and profile photos may appear in the new ads is carried over from whether they had previously authorized Google to personalize content and ads based on their +1s.

For the vast majority who presumably have never gone that deeply into their settings, the default is for their names and pictures to appear in ads, though they can opt out in their account settings.