Direct-response advertisers have largely embraced programmatic buying, where ad dollars are matched with impressions in an auction-based real-time environment.

Brand advertisers? Not so much. 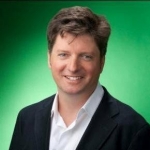 Google is hoping to change that with what it is calling "custom brand exchanges," a reverse-engineering of the private publisher exchange, which have become commonplace.

Unlike a typical private exchange which starts with specific publishers, Google is starting with demand, taking large ad budgets from brands like Cadillac, Burberry and Disney and matching that to premium inventory from the likes of Time Inc., Forbes and The Wall Street Journal.

Google has set up several of these "custom brand exchanges" with advertisers over the past few months. The deal sizes have ranged from the mid six figures into the seven figures, according to Mr. McNally, who said brands are renewing with bigger budgets.

"We're trying to create effectively a curated network for these advertisers using the best inventory these publishers have to offer," he said.

Brand skepticism
Adam Comstock, digital director at Carat USA, said Google's demand-driven private exchanges helped get Cadillac, a client, to dip its toe in the water. "Cadillac had never done programmatic before, and neither had GM." he said. "We said, 'Google, we have a set amount of money that we want to invest and test this new buying strategy and we want you to help broker these new deals,' and they came to the table."

Mr. Comstock called the experience a "good test" and said his team would invest more in the format in 2014. More brands, he believes, will come onboard this year.

But participating publishers are likely to worry about channel conflict. Cadillac, Mr. Comstock said, had already run ads with most of the five publications Google matched it with, meaning the publishers risked cannibalizing dollars that otherwise would have been spent with their direct sales teams.

"You always have to have a healthy skepticism," said Jeremy Hlavacek, VP programmatic at the Weather Company, another Google publisher partner. "Anyone who brings you a deal, you have to think through the consequences and understand -- is this a risk? Does this impact other parts of our business? And certainly that's something we think about every day at Weather."

But so far, Mr. Hlavacek said, the revenue has been incremental.

Google's effort here is not revolutionary, Mr. Hlavacek said. But it does fit in nicely with a trend of brands becoming more comfortable with programmatic technology and systems.

"You always have to wonder, 'Are these the tipping point moments?' Once GM does it, does that mean every automaker is going to do it? And the dominos fall from there," he said.