Google Rolls Out Its Version of Beacon Technology 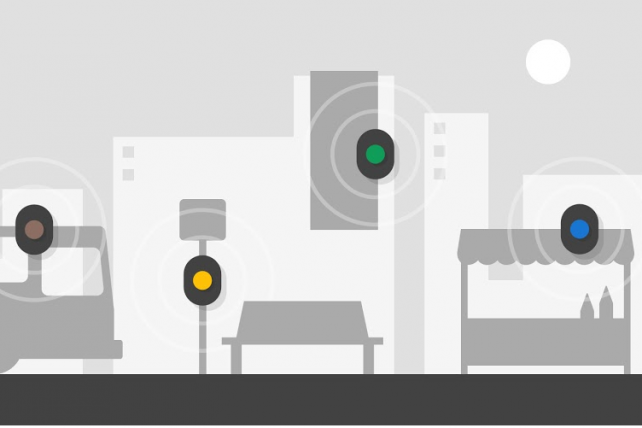 Google is stepping up efforts against Apple's location technology with new tools to link smartphones to nearby objects.

The search giant on Tuesday introduced a new format called Eddystone that lets electronic beacons provide more specific locations and other information within applications, the company said in a blog post. The tools, which compete with Apple's iBeacon technology, will enable smartphone users at a museum, for example, to get more information on a painting they're looking at or to gain easy access to electronic bus tickets when they're near a bus stop.

"We're beginning to roll out a new set of features to help developers build apps using this technology," Google said in the blog. "This includes a new open format for Bluetooth low energy (BLE) beacons to communicate with people's devices, a way for you to add this meaningful data to your apps and to Google services, as well as a way to manage your fleet of beacons efficiently."

Google is investing in mobile services as users increasingly shift time and attention to smartphones and tablets when they're on the go, pitting the search giant in more ways against Apple. Google's Android operating system had 81% of the global smartphone market in 2014 while Apple's iOS had 15%, according Gartner.

Apple rolled out iBeacon in 2013. Using a low-energy Bluetooth signal, the software makes an iPhone's proximity to certain items easier to track with the help of $10 signaling device beacons mounted on shelves and ceilings, each no bigger than a hockey puck. Other providers also have introduced location technology.

Google's Eddystone will be open to other platforms and has features that work on Android and the iPhone, the company said. Also, the company wants to integrate the system in its Google Now service, which gives users contextual information around them before they need to search for it.