Google's Exchange Bidding makes its debut: Here's what you need to know 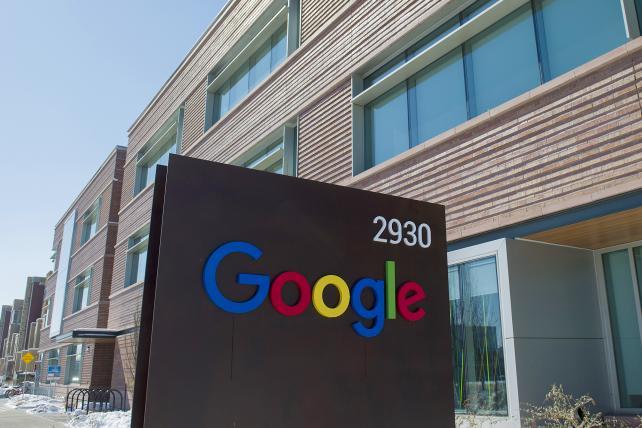 Google's answer to header bidding, an approach to selling online ads that threatened its overhwleming dominance in that business, is becoming widely available today after two years of testing.

Before header bidding, Google for nearly a decade built a seemingly unbreachable position in online ad sales that let it cherry-pick the best ad inventory from around the web for resale at a markup. With every publisher that used its Doubleclick for Publishers service to sell ads, Google was in place to beat any incoming best offer by just a cent. And because of its runaway lead over competing services, Google was the only one with this sort of an advantage.

That changed in 2016, when word spread like wildfire that a hack—now known as header bidding—could get around Google's position. Header bidding allowed publishers to collect bids from multiple partners at once instead of relying on just one, such as Doubleclick for Publishers, to wrangle bids.

Suddenly, publishers were seeing double-digit percentage-point revenue gains and exerting more control over how they sold their ad space. The surge against Google's empire became so successful that powerhouses like Facebook and Amazon joined the fray, forcing Google to rethink how it did business with publishers.

Now Google's response, although it doesn't call it that, is officially entering general availability after a period of development and some skepticism (see here, and here).

Similar to header bidding, Google's Exchange Bidding allows publishers to increase revenue by allowing multiple exchanges to compete equally in a unified auction. Citing internal data from May 2017, Google says Exchange Bidding "is now a significant revenue driver for hundreds of publishers who have grown their programmatic revenue by an average of double-digit percentage points."

Exchange Bidding puts an end to Google's ability to select the very best inventory for itself; with Exchange Bidding, Google is now on equal footing with the rest of the industry. Publishers can now also see every bid in every auction.

Publishers and ad tech executives with direct knowledge of the program, who spoke with Ad Age on condition of anonymity to protect industry relationships, say Google is indeed playing fair, but added that some issues remain.

Unlike header bidding, which gives publishers greater control in how they sell ads, Google is the only one that controls how long partners have to bid, which in some cases leaves money on the table. "Some issues are still lingering, yes, but Google is indeed chipping away at them," one executive says. "They are sincerely trying to be better, so it's not just lip service."

Google is offering 10 exchange partners through Exchange Bidding, including new ones such as Triplelift, Aerserv and Smaato, from which publishers can choose. Although in the past it would have been likely that pubs would have worked with nearly all 10 partners to increase demand for their inventory, today they're far more likely to choose fewer.

"The days of publishers adding six partners isn't the case anymore," the executive says. "You want a small number of partners you can trust, especially as things like ads.txt gains more traction."

Google said last September that it wouldn't do business with any partner that doesn't adopt the ads.txt initiative, an effort to fight a form of ad fraud called domain spoofing.

A healthy mix of revenue is also in play with publishers that use header bidding and Google's Exchange Bidding simultaneously, people said, adding that few want to be dependent on only Google.

In the future, Google says it plans to expand Exchange Bidding into more formats such as video ads.

"DoubleClick's mission has remained the same: to help publishers maximize revenue and create sustainable businesses with the least amount of complexity," the company said in a blog post Wednesday. "It's why we've been focused on providing our partners with deeper insights into their businesses with initiatives like the Insights Engine Project, and collaborating with the industry on products like Exchange Bidding."