YouTube is getting a new product boss from Google, which is getting a new display advertising boss. And both moves appear designed to strengthen Google's incumbent video and display ad businesses against new challengers (cough, Facebook).

Neal Mohan, Google senior VP-video and display advertising, is moving to Google-owned YouTube as head of product development, according to people close to the matter. He will report to YouTube chief Susan Wojcicki, the longtime Google ad boss whom he had worked under before she took the reins at YouTube in February 2014.

Keeping things further in the family, Google has already tapped a familiar face to serve as Mr. Mohan's replacement: Google Analytics head Paul Muret. The 10-year Google vet joined the search giant in 2005 after it bought his company Urchin Software, which became Google Analytics. But Mr. Muret isn't leaving the Google Analytics team; instead, the VP-engineering will be adding oversight of Google's display ad business to his duties and will continue to report to Google ad boss Sridhar Ramaswamy, the people said.

A Google spokeswoman declined to comment on the moves.

Neither Mr. Mohan's nor Mr. Muret's appointments are as odd as they may seem. Mr. Mohan can help YouTube build its business, strengthening its ties with advertisers and value to creators in order to fend off emerging rivals like Facebook and Twitter, both of which are courting its advertisers and creators. And Mr. Muret can help Google keep pace with Facebook, whose ad business has become centered around being able to measure what exactly brands are getting for their bucks.

In addition to running development of YouTube's business products, including ads and its new subscription service YouTube Red, Mr. Mohan will oversee the video service's consumer products. While not a new position -- it's been vacant since YouTube's previous product boss Shishir Mehrotra left in April 2014 -- Mr. Mohan's role of overseeing both consumer-facing and money-making product development is new at YouTube, the people said. Previously, the service had split the responsibilities among different executives, even though Google's various other businesses typically have one all-encompassing product boss.

It's unclear what consumer product chops Mr. Mohan brings to YouTube, though the same could have been said of Ms. Wojcicki, who's overseen a slew of consumer product launches during her 21 months at the helm. Other than an early job as an Accenture analyst and a summer internship at Microsoft, he's only worked for DoubleClick and Google on the ad side of things, according to his LinkedIn profile. But it could be that Mr. Mohan's time building Google's display ad business is what he brings to the consumer and business sides of YouTube.

If YouTube wants to build a profitable business in proportion with its billion-plus-user footprint, it needs to give advertisers reasons to spend more money on its ads and/or it needs to give people reasons to pay to watch YouTube videos (probably both). Which means YouTube needs videos for those people to watch, but not the home movies that people usually associate with YouTube. Those are cheap, if not free. It needs videos from mainstream media companies to bait TV advertisers, and it needs videos from YouTube stars to hook subscribers. Those are expensive. If YouTube wants more of those videos -- and its Google Preferred ad-buying program and original series push suggest that it does -- then it needs to find a way to get more money for those video creators. So like Facebook's move in 2012 to make mobile a primary consideration early into any product's development, YouTube appears to be making a similar move by putting in charge of consumer products an exec with a history of working on profit-building products who can ensure that revenue isn't an afterthought in the development process and that there's more collaboration among YouTube's various product teams.

Besides, YouTube's consumer products team appears to have been doing fine without a companywide product chief. This year alone it has released the YouTube Kids, YouTube Gaming and YouTube Music mobile apps; redesigned its flagship mobile app and mobile site; added support for 360-degree and vertical videos; and built an ad-free, subscription-based version of its service that lets people download videos to watch without an internet connection or play audio-only versions of them in the background. 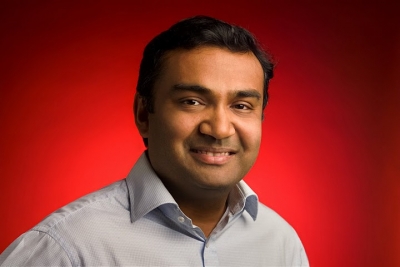 But with Facebook, Twitter and others seeing how much of an attention hog and cash cow video can be, YouTube has never faced more competition for content, especially the content produced by its homegrown talent. This year Facebook and Twitter unveiled their plans to let creators make money for the videos they post to their services. The creators usually say they're just trying to get their videos in front of as many people as possible. And that's true. But even if the number of available distribution options isn't finite, people's attentions are. So if more than 1 billion people are checking Facebook every day and can just as easily watch the videos there that they'd otherwise see on YouTube, and if the creators can make just as much if not more money from those video views, then where does that leave YouTube?

It leaves YouTube in need of a stronger business model. And apparently an exec who's spent the better part of his career building products to bring advertisers' previously offline budgets online and help publishers make money online.

An eight-year Google vet who joined the search giant through its acquisition of ad-tech firm DoubleClick -- now the backbone of Google's ad-tech juggernaut -- Mr. Mohan has been responsible for convincing advertisers and publishers to let Google automate their ad buying and selling and could do the same for the marketers and media companies on YouTube, which has loads of untapped inventory and questions that still need answering around its economics.

Mr. Mohan isn't new to YouTube's business. More than a year ago he took over responsibility for Google's video ad business after Google rolled up YouTube's ad sales into Google's larger ad sales machine following Ms. Wojcicki's appointment as YouTube's boss. And for years he's been trying to win over brand advertisers, who may prefer to keep their ads on TV and in print magazines instead of putting them online, let alone putting them in Google's programmatic pipes. Those advertisers are exactly the type of big-budget brands that YouTube needs more of in order to better compensate its creators. He had also been tasked with persuading major publishers like Fox News, Discovery Channel and Hearst Television to automate their video ad sales through Google's ad-tech without sacrificing their direct relationships with advertisers. That experience could come in handy as YouTube tries to get more major media companies on YouTube. Because if YouTube can't, Facebook and Twitter appear to be more than happy to take over.

As much as Mr. Mohan's move has to do with the business acumen he brings to YouTube, it may have a little to do with making sure he doesn't bring that acumen to another company. In June Re/code reported that Mr. Mohan was in talks to join cloud-storage company Dropbox, which competes with Google's own cloud-storage business, as its head of product. He remained at Google, where he was promoted from VP to senior VP as recently as last month, but if Mr. Mohan was itching for a new challenge, Google's giving it to him.

Meanwhile, Mr. Muret's double-duty further conjoins Google's advertising and measurement businesses at a time when marketers are increasingly looking to buy ads they can track back to business outcomes like product sales.

Originally a tool for companies to measure site traffic, Google Analytics has expanded to measure mobile apps and e-commerce sites. Google Analytics appears to be an increasingly importance piece in Google's rivalry with Facebook. The social network has been parlaying its authenticated user base into an ability to track ads across the web and mobile apps and tell if the people who saw those ads end up buying something from the advertiser.

That campaign-to-checkout proposition would seem to one-up Google's ability to send someone from a banner ad to a brand's site, especially since Facebook doesn't need people to click on the ad to do that kind of attribution. Even Google has been moving beyond the last-click attribution model because brands want paying customers, not just site visitors, and paying customers are exactly what Facebook is trying to offer them. To that end, last year Google bought marketing analytics firm Adometry, which uses in-store sales data to credit ad campaigns for the transactions. While Adometry officially joined the Google Analytics team, its technology is just as valuable to Google's ad team, and now both teams are run by the same person.