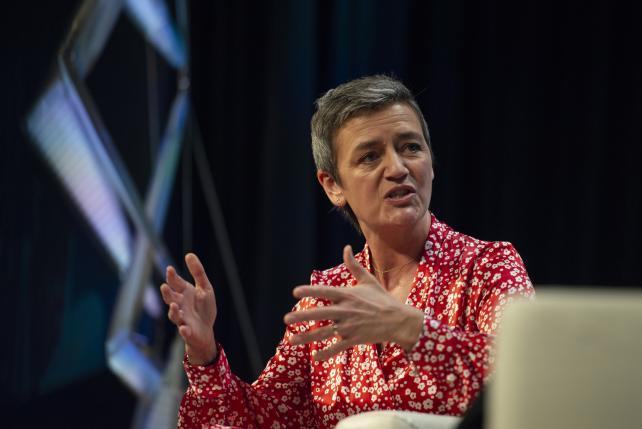 It's the third time that Google has been slapped with a fine from E.U. regulators, bringing the total overall figure to roughly $9 billion, with all three violations spearheaded by European Competition Commissioner Margrethe Vestager.

Google was fined "for illegal practices in search advertising brokering to cement its dominant market position," Vestager said on Twitter. "They shouldn't do that – it denied consumers choice, innovative products and fair prices."

It's latest violation centers around AdSense for Search, where publishers, both big and small, were restricted from working with other advertising partners if they embedded Google's search function on their website, according to the E.U.

For example: If a beauty blog used Google's search feature on its website, and someone who visits the site uses it, they would be shown ads delivered by Google upon seeing the results on the publisher's page. However, the publisher was restricted from working with third parties, such as Yahoo or Microsoft, in regards to the ads shown, thus prohibiting publishers from placing any search advertisements from competitors on their search results pages, the E.U. says.

In 2016, Google had a search market share of more than 90 percent in Europe, according to the E.U.

Kent Walker, senior VP of global affairs at Google, says the company has been working with E.U. regulators for more than a decade now, and says Google intends update its products in Europe over the next few months.

"We've always agreed that healthy, thriving markets are in everyone's interest," Walker said in an emailed statement. "We've already made a wide range of changes to our products to address the Commission's concerns. Over the next few months, we'll be making further updates to give more visibility to rivals in Europe."

In 2017, Google was fined $2.7 billion for violating antitrust laws through search and the following year, it was fined a record-breaking $5 billion for unfairly leveraging its Android operating system to favor its own apps, though the company has come out relatively unscathed.