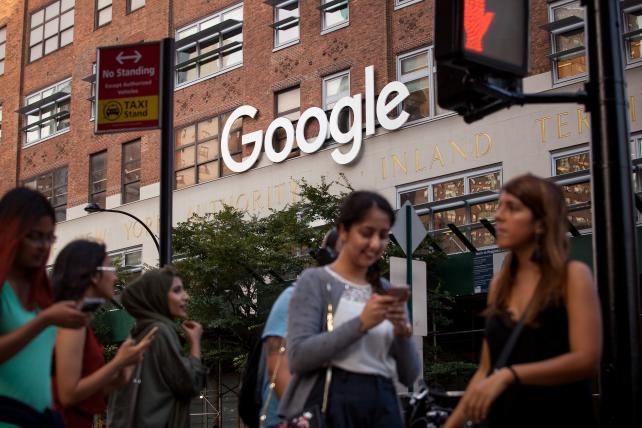 Google is offering publishers more generous terms as part of a new subscriber tool, currying favor with the news industry at a time when Facebook is sending mixed signals to newspapers and magazines.

Publishers will keep 85 percent to 95 percent of revenue when readers first buy subscriptions via Google, up from 70 percent previously, according to people with knowledge of the matter.

Publishers' feelings toward Silicon Valley are starting to shift as some technology companies are showing they want to compete for content. Last week, Apple offered an olive branch to the media industry by buying Texture, a digital service that lets users subscribe to more than 200 magazines for $9.99 a month. Apple and Google are trying to seize on a moment when Facebook's ties with news outlets have soured.

The new financial terms are part of "Subscribe with Google," a feature that gives media companies data and tools to find and keep subscribers. It was one of several announcements the search giant made in New York on Tuesday to appease publishers whose content helps Google sell advertising.

"Our mission is inherently tied to your mission," Philipp Schindler, Google's chief business officer, told a room of media executives.

When consumers sign up for a subscription using "Subscribe with Google" at a publisher's website, Google will keep just 5 percent of the revenue, said the people, who asked not to be identified discussing nonpublic information. If they use the tool at the Google Play Store, that goes up to 15 percent.

On Tuesday, Google said it would share data to help identify potential paying readers and that users' search results would more prominently feature publications they subscribe to. The company also said it would dole out $300 million to support digital journalism globally over the next three years.

"We welcome the fact that Google has listened to and responded to some of our asks about our subscription business," Thompson says. He also said he'd like to see Google and others share advertising revenue with publishers, since the tech companies make big profits by selling online ads around other providers' news content.

"Any kind of comprehensive solution to do with sustaining quality journalism on these major platforms will have to consider the advertising side of the equation as well," Thompson says.

Apple's purchase of Texture last week was that company's latest effort to boost relations with news outlets. Apple once touted the iPad as a potential savior for the industry, which has struggled for years with declining subscribers and print advertising. In 2011, News Corp. created an iPad-only newspaper called The Daily, but shut it down in less than two years after failing to find a big enough audience.

Conde Nast President Bob Sauerberg says he's optimistic Apple's acquisition will start a new chapter that will benefit his stable of glossy magazines, which include Wired and The New Yorker. Conde Nast was a co-owner of Texture.

"They have big ambitions," Sauerberg says.

Apple's focus with publishers has been on distributing their stories on Apple News, an app that comes installed on millions of iPhones. Media executives say Apple News could be a significant source of online readership. But so far they've seen little money from it.

Apple News is a way to attract more Times readers, especially outside the U.S., "but without significant economics attached," Thompson said. The Times distributes articles on Apple News, but is not participating in the subscription program.

Facebook, meanwhile, has sent mixed signals to publishers. In October, the world's largest social network began a test to support paywalls in Instant Articles and letting publishers keep all the revenue from subscriptions. In February, it launched a three-month pilot program to help local newspapers attract more subscribers.

But the company has also said its algorithm will start prioritizing News Feed posts from friends and families, hurting publishers' web traffic.

"Google has been the most responsive of the major platforms in terms of listening, trying to understand what we need, and changing their business rules," Thompson says. "We've not seen that kind of responsiveness from Facebook at all, actually."