Half of China's Ad Spending Will Go Toward the Internet This Year, GroupM Says | Ad Age
Skip to main content
Sign In Register

Half of China's Ad Spending Will Go Toward the Internet This Year, GroupM Says

The Flipside: Spending on TV is Expected to Drop 4.5% in 2016
READ THIS NEXT
Square to buy Jay-Z's Tidal music service and appoint him to the board 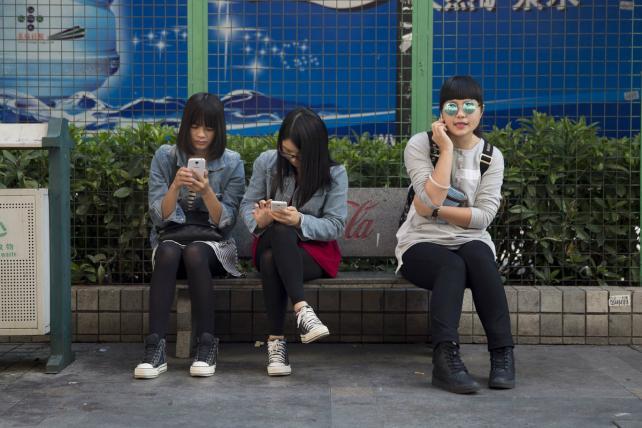 A report from GroupM shows just how fast China's advertisers are moving their budgets into the digital space. Five years ago, the internet accounted for only 14.8% of the country's total ad spend; this year it's expected to take 49.7%.

China is well ahead of the global average on that front. WPP's GroupM has forecast that 31% of worldwide ad budgets this year will go to online. Advertisers in China are taking cues from how quickly consumers have embraced the online world, especially mobile phones, for streaming videos and movies online, shopping from Alibaba's e-commerce empire and using all-purpose app WeChat to communicate, book services and pay household bills.

GroupM's report also said that despite concerns about economic slowdown, consumer confidence remains strong; it estimated overall ad spending in China up 7.8% in 2015 and said it would rise 9.3% in 2016, to $85.7 billion. (A GroupM report in December had a slightly lower growth prediction for this year, at 9.1%.)

Internet spending in China is set to grow 30% this year, after gaining an estimated 35.9% last year. Mobile online advertising is growing at about twice the rate of general online spending, it said.

Meanwhile, budgets for traditional formats are being slashed. Newspaper spending plummeted an estimated 30.5% last year and is set to fall 30% in 2016.

The budget for TV ads is expected to drop 4.5% this year, after dipping 4% last year. The share of ad spend devoted to TV is expected to be just 35.7%, down from 56.8% five years ago. That's a striking decline. One factor hurting TV spending this year was a new regulation limiting how many provincial satellite stations can show a hit drama during prime time, and how many episodes of the same show a channel can play in a row.

Television in China has been much more strictly regulated than on streaming platforms, driving people to seek more interesting video content online. But recent years have brought tighter controls on what can show there as well. There are restrictions on foreign content, and in recent months several local web series were pulled offline, apparently because they dealt with themes like gay dating or even superstition.

Still, significant growth is forecast in online video, especially given the high cost of ad buys on television in China. A report in December from ZenithOptimedia said pre-roll spending would swell 35% annually until 2017. Another hot area is e-commerce search, expected to grow at 33% over the same period.

The ZenithOptimedia report also said mobile advertising grew 118% in 2015 and will account for 31% of all digital advertising in China by 2017.