#Hashtag10: A Look Back at the 10 Tags That Shaped Advertising | Ad Age
Skip to main content

#Hashtag10: A Look Back at the 10 Tags That Shaped Advertising 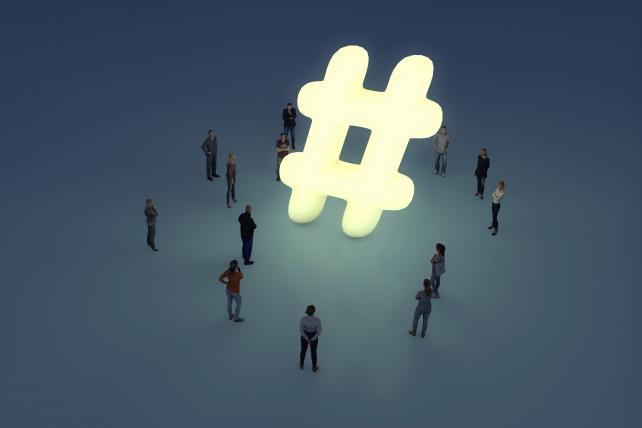 Twitter gave birth to the hashtag, but it has since become part of the broader online vernacular. Hashtags are as essential to advertising as jingles and taglines—they've jumped from one screen onto the next in TV ads and even appear in print. The hashtag has #transcended. On Wednesday, the hashtag also celebrated its tenth birthday.

In its decade, the humble hashtag has served to chronical our collective pop-cultural memories. If it's trending on Twitter, you can bet it has a hashtag. What is Charlie Sheen without #tigerblood? Sometimes we still wonder: #hasjustinelandedyet?

Hashtags have proven sticky (and often risky—we're looking at you McDonald's) for brands, too. Just watch Super Bowl commercials to see how deeply hashtags have penetrated marketing, and the great campaigns of the past decade have almost always had a hashtag. Here, 10 of the most memorable hashtags in marketing from the past decade.

#LikeAGirl
This Always campaign is 3 years old now, but remains timeless. It encouraged people to get beyond stereotypes of what "like a girl" means. It didn't hurt that its 2015 Super Bowl commercial was seen by approximately 115 million viewers, leading the hashtag to trend and, ultimately, endure.

#ShareACoke
Reminiscent of its classic "Buy the world a Coke," this hashtag encouraged people to share their personalized bottles on Twitter.

Spent 5 months looking for the worlds most common name... & here it is 😂❤️ #ShareaCoke pic.twitter.com/rOAxhejQna

Coke hasn't always had hashtag success, however: Its #MakeItHappy campaign backfired when it was trolled into quoting from "Mein Kampf." The struggle is real.

#TweetFromTheSeat
Charmin is the king of potty-humor marketing, or at least it has a throne from which it does its business. The toilet-paper maker, amazingly, has more than 79,000 followers on Twitter, where it likes to tag its tweets as if they all were inspired from the toilet seat.

10 years ago, the bathroom was forever changed. Thanks smartphone for ushering in the age of the #TweetFromTheSeat! pic.twitter.com/OTLjEMvdzw

#MyCalvins
Calvin Klein is a classic brand and it updated its well-known slogan for the internet generation just by adding a hashtag. Its initial tweet, featuring a come-hither Justin Bieber in his skivvies, has amassed more than 160,000 retweets.

#DiGiorNOYOUDIDNT
Sass from frozen pizza brands is pretty common on Twitter these days. It's impossible to say where it started, but Totino's Pete Zaroll irreverently tweets, and DiGiorno came up with this hashtag to have some fun starting in 2013.

The homemade hashtag fared better than the time DiGiorno goofed by trying to jump into a conversation around the hashtag "Why I Stayed" without realizing it was a conversation about domestic violence and not for sarcastic pizza brands.

#NuggsForCarter
The most retweeted message of all time was brand related—but didn't come from one. Carter Wilkerson came up with promotion to get free chicken nuggets, and it worked. The nuggs for carter meme went superviral, making it a win-win for everyone involved (except the chicken).

HELP ME PLEASE. A MAN NEEDS HIS NUGGS pic.twitter.com/4SrfHmEMo3

#WantAnR8
Audi also capitalized on a fan-made hashtag. Joanna McCoy spent a morning in 2011 tweeting at the automaker, which turned it into the basis of a whole campaign.

#PutACanOnIt
Red Bull's "Put a can on it" campaign was brilliant in its simplicity. Just hold a Red Bull can up to anything and take a photo. Anyone can play.

A #BatkidPose makes you feel fierce & strong & awesome! Will you show us your best #BatkidPose?! pic.twitter.com/PmLy3vN8mZ