Turns out "CMO" is a bit of an aspirational title.

"The number is high for CMOs with real budgets and authority to act as real officers for a company," said CMO Club president Pete Krainick. "On average 30% of the requests to join the Club state they are CMOs but when we check are not." 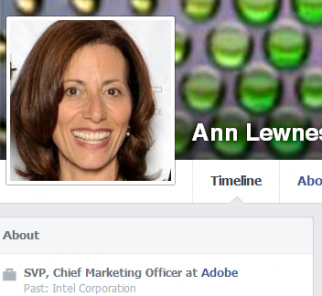 You're likely now wondering about other professions on Facebook. Laundry Service looked those up too. There are, for instance, only 6,400 doctors on Facebook and a mere 1,560 priests. At this point, we insert the necessary reminder that we're dealing with a non-scientific survey.

The United States is an entrepreneurial society, as evidenced by the 178,000 CEO & founders and the 300,000 president/CEOs. There's probably some overlap there, but you get the picture.

There is one job in the U.S. that appears to be in danger of extinction: Guru. There are only 1,120 left.

No word on social media evangelists, marketing ninjas or digital prophets. For those, it's probably safe to assume the worst.