Goldman, JPMorgan, PJT to help company reach out to parties
READ THIS NEXT
Apple's move to steer more traffic directly to its News app catches publishers by surprise 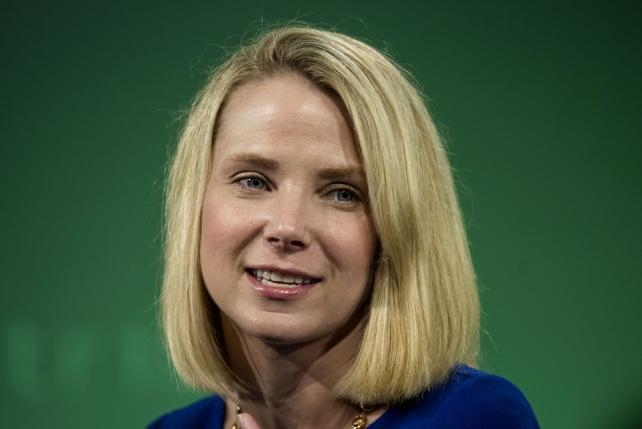 Yahoo has hired financial advisers and formed a committee of independent board members to explore its strategic options, taking steps to transform itself and consider deals amid rising pressure from investors.

Goldman Sachs Group, JPMorgan Chase & Co. and PJT Partners will provide financial counsel, according to a statement Friday. The company also named Cravath, Swaine & Moore as its legal adviser. The strategic review committee will establish a process to reach out to potentially interested parties and make recommendations on any proposed transactions, Yahoo said.

Chief Executive Officer Marissa Mayer has faced increased scrutiny from activist shareholders after struggling to boost sales. The company last year abandoned a plan to spin off its stake in Alibaba Group Holding and said it would instead separate its other businesses via a more complicated transaction called a reverse spin. Mayer has also signaled that she would consider selling core assets. Verizon Communications has said it would look into a deal, and private-equity firms TPG and Bain Capital Partners are said to be considering bids for the company.

"Separating our Alibaba stake from Yahoo's operating business is essential to maximizing value for our shareholders," Ms. Mayer said in the statement. "In addition to the reverse spin, there are strategic alternatives that could help us achieve the separation, while strengthening our business."

Yahoo in December scrapped the long-held plan to spin off its Alibaba stake due to concerns that going through with the sale would result in the company footing a $10 billion tax bill. This move disappointed investors who had been anticipating unlocking value from the spinoff and heightened criticism of Mayer's strategy to turn around the web portal.

"I believe they are serious about separating the Asian assets from the operating company," Paul Sweeney, an analyst with Bloomberg Intelligence, said. "How is the question."

Creating a separate, independent committee will let some directors focus on a sale while allowing Mayer and deputies hone in on efforts to cut costs, shore up morale and keep operations running. The same day Yahoo's board saidit would weigh strategic options, Mayer also outlined a plan to eliminate 15% of staff and exit product lines. The company has since begun carrying out the strategy, sayingthis week it would shut seven digital magazines, including those focused on food, health, parenting, travel and autos.

Mayer has been trying to steer the Web portal through one of the most challenging chapters in its more than 20-year history. As newer Internet search and content hubs such as Facebook and Google have lured advertisers, Yahoo has failed to keep pace, and sales have slipped since reaching a peak in 2008.

The move to create an independent committee could also help appease activist shareholders including Starboard Value, Canyon Capital Advisors and SpringOwl Asset Management, who have increased pressure on Yahoo to adopt faster and more drastic measures. Starboard has been said to take the first steps toward a proxy fight, signaling the activist shareholder wasn't satisfied with the Internet company's latest streamlining strategy and pledge to consider a sale. The investor has been calling forYahoo to sell its core business and overhaul management. Canyon Capital has also urged Yahoo to prioritize a sale.