Here's one publisher that likes the controversial Snapchat redesign 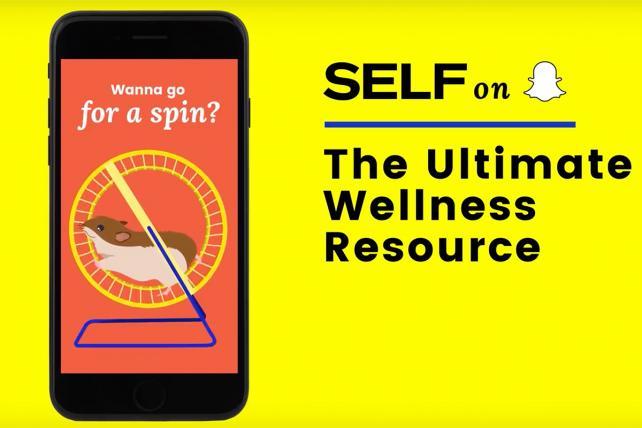 Self says daily visitors are up 14 percent on Snapchat.
Credit: Self via YouTube

Snapchat's January redesign has actually delivered some help to Self, which says the new look led to its best month on the app, with more than 10 million visitors.

"Our experience with redesign may be surprising," says Carolyn Kylstra, Self's editor in chief, acknowledging the popular take that Snapchat's new layout hurt traffic for publishers, brands and web celebrities. That's not the case at Self, a which typically saw about 8 million unique monthly views on its Snapchat channel before the update. February drew 10 million visitors, Kylstra says.

It's unclear whether Self's experience is typical or an exception, but it's worth noting given the negative reaction by some.

The updated user experience separated personal messaging from the media section. That means users don't necessarily see the channels in the media section called Discover every time they open the app. Instead Discover is a swipe to the right. It offers a blend of professional media channels, shows, video stories from special events and newly prominent stories from popular Snapchat users.

The redesign prompted a backlash from people including power user Kylie Jenner. "Sooo does anyone else not open Snapchat anymore?," she wrote on Twitter. "Or is it just me... ugh this is so sad."

"My concern is that, with the way the layout is, traffic on stories has gone down," says an ad exec who works closely with Snapchat and spoke on condition of anonymity. "People used to be exposed to Discover by virtue of going to their friends feed, but now they have to make an effort and that can be a long scroll away."

Self is just one of the media properties owned by Condé Nast with a presence in Snapchat's Discover section: GQ and Vanity Fair have channels, and Condé Nast Entertainment has created a new show called "True Crime/Uncovered." The parent company declined to discuss how those brands are faring post-redesign.

One important change is that Self and other publishers are competing for attention in the same space as popular everyday users, the influencers. Video stories from the web celebrities are now presented in the same stream of content as the Discover channels, the stories from special events and the mobile shows; influencers previously appeared among users' friends.

"We adjusted some ways of presenting content to be successful with the new design," Kylstra says.

Self is creating more videos that look like stories from personal friends and influencers, so viewers might be more inclined to stop on its channel while auto-advancing through the Discover stream.

"It has that more personalized feel to it that's similar to the influencer style," Kylstra says. "People are coming in maybe by accident, and you really need to hook them right away."

Another trick Self has learned is to make sure it puts its logo on all its content, so people know they are watching a video or reading an article that it produced.

"The redesign seems to be moving people through more issues," Young said. "And maybe they're not going as deep as they used to. So I think that you're still seeing a lot of activity, but it's easier to move from brand to brand."