Social-media-management platform HootSuite has secured $20 million in secondary funding from OMERS Ventures, allowing a group of employees and early investors to cash out early.

Founded in 2008, Vancouver-based HootSuite has 140 employees, and 3 million users across desktop and mobile. It offers a free service to consumers and an enterprise offering to brands, including PepsiCo, the NBA, FOX and Time , that lets them publish and manage social-media content. Though it also lets users manage their Facebook, LinkedIn and Google+ content, it's best known for its Twitter client. 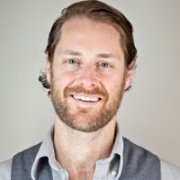 With the funding announcement, HootSuite joins the ranks of companies, such as Groupon, that have given some employees an early exit. But it also cements HootSuite's standing as a winner in the third-party-Twitter-client space.

While Twitter's founding six years ago gave rise to an ecosystem of third-party clients, recent years have seen consolidation in the space as Twitter has moved to own its users, reportedly paying $50 million for HootSuite's competitor TweetDeck last May. Other small clients have simply folded, including AOL-owned Brizzly, which closed earlier this month.

Though Twitter presumably bought TweetDeck so that it could be the one serving ads to a bigger share of its users, it worked with HootSuite to launch promoted tweets in November 2010, then gradually rolled them out on Twitter.com. Under that arrangement, Twitter sold the ads and gave HootSuite a share of the revenue.

Since then, HootSuite has focused on revenue from businesses that license the tool allowing them to manage multiple accounts, monitor social for customer support and plug into customer-relationship-management systems. The most expensive enterprise package listed on HootSuite's website costs $216 a month and enables 10 accounts to have access to the tool. A spokesman said that 's a small business offering and that Hootsuite's "pro" offering for brands starts at $1,000 a month. The company has 60,000 business clients, he said.

HootSuite wasn't swimming in cash. It raised $1.9 million in 2009 from investors that included Blumberg Capital, and it took on $3 million in debt last year. A person familiar with the recent deal told Reuters that OMERS Ventures' investment values the company at $200 million.

The investment "marks a new milestone in the growth of HootSuite," CEO Ryan Holmes said in a statement. "We're extremely proud of our company's trajectory, from a modest beginning three years ago to our current global leadership position."