Startup literally conquered TikTok territory and is now going for its advertisers, but will it live up to its own hype?
READ THIS NEXT
Why streaming media owners should be laser focused on first-party data 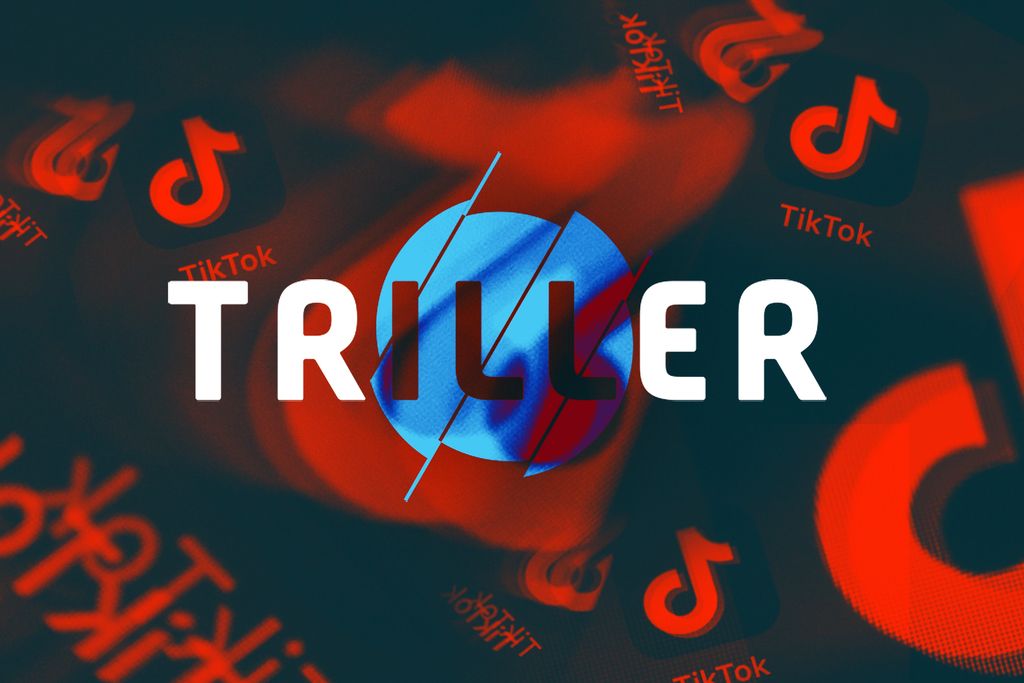 Triller has lured some of TikTok's biggest stars to grow its rival service.

Triller executives have not been shy about their intentions to overtake TikTok. They’ve been even a bit gleeful about it.

Triller has deployed a strategy of smash-mouth marketing while TikTok is bogged down in a court fight with the president of the United States. Perhaps, surprisingly, Triller’s gambit seems to be working, at least in the short term.

“We like to shake stuff up, if you will, shake shit up,” says Ryan Kavanaugh, the Hollywood executive who is invested in Triller. For those who still don’t know, Triller is a music and video app that is being built from the top down by recruiting the most popular social media stars on TikTok and hoping that their followers will, well, follow.

“We have, call it, the top 100 influencers across the United States,” Kavanaugh says. “That [represents] about 26 percent of TikTok’s total audience, actively on Triller and engaged directly with us.”

Triller also claims to be making inroads with Madison Avenue. It recently opened its first advertising service, appropriately named Crosshype, that splits revenue with the influencers and claims to guarantee the number of impressions in a given campaign—marketing jargon that is music to brands’ ears, if it can be verified.

Triller has been on a talent hunt, too. In August, Josh Richards, an 18-year-old with 20 million TikTok followers, became Triller’s chief strategy officer. Triller then signed a partnership with 16-year-old Charli D’Amelio and her whole family, including her musical sister Dixie D’Amelio. Triller also brought on board Bonin Bough, the onetime Mondelēz marketing guru, as chief marketing officer.

Startups are known for such growth hacks, filling their benches with identifiable talent. Sometimes it works, but not always. Just ask Jeffrey Katzenberg’s Quibi. Their success also depends on timing, Quibi had bad timing, but like Kavanaugh says, this is Triller’s time to “shake shit up,” while TikTok is mired in an international conflict.

TikTok is owned by Chinese-based ByteDance and is being threatened by President Donald Trump. Washington and Beijing are fighting over the power to regulate TikTok, after the app became a force in social media in the U.S. Trump branded TikTok as a national security threat and signed legal orders to shut it down unless it agrees to a sale to Oracle. ByteDance has resisted relinquishing too much control, and the outcome is being fought in courts.

Trump has said that starting this weekend Apple and Google must stop supporting the TikTok app in the U.S., where it has almost 100 million users. The ordeal has clearly weighed on TikTok. Interim CEO Vanessa Pappas laid out the threat TikTok faces in a court filing asking a U.S. judge to block Trump’s ban. On Thursday, the judge ruled in favor of TikTok to stay the ban unless Trump's team returns with a well-argued case by this weekend.

In its filing, Pappas outlined the worst-case scenario, and even mentioned Triller and how it has poached its most talented stars. Pappas said D’Amelio and others were jumping ship because of Trump’s attacks. (As a side note, Trump and Donald Trump Jr. both trolled TikTok by opening Triller accounts, but they’re not the “prominent creators” Pappas was talking about in court papers.)

“Competing services are seizing the opportunity to capitalize on the uncertainty surrounding TikTok and to recruit our current creators, with some platforms going as far as to offer millions of dollars and exclusive deals to our creators,” Pappas said in the court filing.

“As prominent creators leave TikTok for other platforms in response to the ban, their departure will have cascading effects on TikTok’s user base,” Pappas said. “Because of the halo effect associated with major personalities on the TikTok app, the departure of even one top creator can lead thousands of members of their fan base to the next platform as well.”

Pappas also said that the uncertainty around TikTok’s ability to operate in the U.S. has cost the company brand deals and hurt its partnerships with entities like the National Football League and Major League Baseball. Advertisers and media partners are justifiably jumpy.

In the first real acknowledgment of the impact of the ban on advertising, Pappas said that about a dozen brands canceled or delayed ad campaigns in August, leading to a loss of $10 million for the company. Ad Age has reported on the struggles in recent weeks; as TikTok tried to reassure advertisers of its longevity, it offered them assurances they would not be on the hook if service were disrupted.

There have been plenty of marketing partners that have stayed the course, too. TikTok recently rolled out a new marketing technology platform that named about a dozen partners that can develop programs to manage ad campaigns through the app.

Triller is not the only company that has tried to take advantage of TikTok’s wounded status. Instagram launched Reels, a TikTok-style video feature. YouTube released Shorts, its own TikTok-type video format. And other startups, like Dubsmash, Byte and Zynn, are coming for TikTok’s user base.

Kavanaugh says “we create culture” has always been a company mantra.

He also says that Triller’s Los Angeles office has a sign hanging that says, “TikTok is for kids,” alluding to the famously young user base that is hooked on TikTok. Kavanaugh says it’s “not to be derogatory,” though it kind of is.

“It’s just to say look, they’re working with an audience we don’t want to work with,” Kavanaugh says. “They’re training 8- to 13-year-olds to consume short-form video content. We don’t want to be influencing minds that age.”

TikTok was not available to comment for this story. TikTok would counter, however, that it is growing up, and that its user base is not as young as it once was. TikTok’s “culture starts here” marketing push was partly designed to showcase the many age groups that are active there. TikTok has also claimed it is ready to submit to almost any outside scrutiny to prove the safety of the platform.

Triller has been able to create an air of credibility around the app. Aside from the big names it lured, it also raised $250 million, which was announced in August.

That’s money that can go to keeping influencers and celebrities on the platform. Meanwhile, TikTok is trying to keep its video stars content with the $1 billion it will pay them over the next couple years. TikTok has deep pockets because of its Chinese ownership, but Triller has savvy partners and important music connections. It’s tough to quantify which app has the best music catalog, but rights to music are undoubtedly important. Triller has deals with Universal Music Group, Sony Music, Warner Records and more.

The rights to share songs is one of the appeals for aspiring singing stars who often populate these apps.

“It’s a great platform in comparison to TikTok, as creators, especially music artists, have a greater pool for getting paid,” says Derodreas Mcelrath, a musician and artist who is active on both platforms. “TikTok is just now starting to pay out music artists, whereas Triller has partnered with Apple and Apple Music, so any time a sound or song gets played artists will get paid out.”

Triller is also touting its brand deals. It recently got Chipotle, which was an early TikTok sponsor, to test the app.
“We have now entered into 35 deals with either Fortune 500 brands or extremely well-known names,” Kavanaugh says. “And we’re in negotiations with literally hundreds.”

On paper, Triller’s social media land grab seems impressive, in terms of money raised and houses owned. But there are uncertainties over how many everyday users are tuned into Triller. Kavanaugh says that the user numbers are strong. In its marketing materials, Triller claims to have 100 million monthly users, and to have reached No. 1 on app download charts in 50 countries. But at the start of August, App Annie, an analytics company widely cited in the industry, said Triller hit 1.1 million weekly active users in the U.S. in the week ending Aug. 8.

This week, App Annie declined to update its numbers when asked. Kavanaugh says that analytics companies like App Annie cannot capture its total user base, so they have been unreliable. Triller is working with App Annie and others to verify its audience claims in the coming weeks, Kavanaugh says. Triller claims that it has been shooting up the app download charts with the inclusion of stars like D’Amelio.

Triller also has a partnership with Snapchat. Triller videos can be shared to Snapchat, Facebook and Instagram. If influencers contract with brands through Triller, part of the reach for those campaigns could come from audiences across other platforms, Kavanaugh says.

That’s partly why Triller created the Crosshype ad product, which gives the assurances to brands about the potential size of the audience.

“When you guarantee impressions with influencers, it sounds awesome. It comes off as this great selling point, but it places a lot of pressure to deliver even when the content doesn’t,” Wassum says. “Guaranteeing impressions encourages influencers to get friends to like posts, and that inflates it. It encourages them to buy followers, and stuff you don’t know about. It’s just kind of a sketchy thing that generally isn’t great.”

Kavanaugh says that the guarantees are an efficient way for brands to buy influencer campaigns, and easy for marketing leaders to explain to their companies. Triller also says it will implement third-party measurement to verify the results. “We split [the money] with the influencers and we will guarantee X number of views” to brands, Kavanaugh says.

Wassum says that Triller could wind up surprising the marketing world if its play for TikTok talent works, and if the viewers follow the creators. Still, she’s skeptical.

“They’re saying they are going to be the No. 1 most downloaded app and essentially saying they were going to take over TikTok, which I have lots of doubts about, ” Wassum says. “But who knows in the social media world.”