Service Needs an Additional Revenue Stream, Analyst Says
READ THIS NEXT
TikTok tactics: What to know about reaching audiences on the social media platform

Hulu, the video streaming service controlled by Walt Disney Co. and 21st Century Fox. is close to naming Fox executive Mike Hopkins as its CEO, two people with knowledge of the matter said. 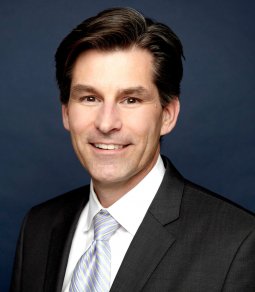 The appointment is expected to be announced shortly, said the people, who asked not to be identified because the deliberations are private. Mr. Hopkins, president of distribution for Fox Networks, would succeed Andy Forssell, acting CEO at Hulu.

With Mr. Hopkins, Hulu would gain an executive experienced in negotiating with pay-TV services. The company wants to become an online partner to the industry, giving cable subscribers mobile and online access to programs, and is developing its own shows.

Mr. Hopkins, as head of distribution, oversees Fox's growing business of collecting programming fees from pay TV systems and broadcast affiliates. He was integral in obtaining distribution for Fox Sports 1, a new national network that began broadcasting in August.

The selection signals Hulu is becoming more of a media property than a technology innovator, said Laura Martin, an analyst at Needham & Co.

"The money is in distribution fees from cable, satellite and telecom industries," Ms. Martin said in an interview. "Mike Hopkins shifts Hulu's center of gravity away from Silicon Valley and towards Hollywood."

Disney and New York-based Fox, the controlling investors, dropped plans to sell the TV service in July and agreed to bolster its technology, buy and develop programming, and build up marketing. The companies, along with Comcast Corp.'s NBC Universal, a co-owner barred from an active role in managing Hulu, provided $750 million.

That followed an aborted auction in which Hulu attracted takeover bids from pay-TV suitors including DirecTV, Time Warner Cable, and Peter Chernin with AT&T, people with knowledge of the matter said at the time.

Distribution role
Under Mr. Hopkins, Hulu will focus on building pay-TV fees to complement advertising and subscriber revenue, said David Bank, an analyst at RBC Capital Markets. Mr. Hopkins has the experience to make Hulu an online portal for cable and satellite providers, he said.

"Mike is one of the few guys who can build momentum for making Hulu an authentication service for the pay-TV industry," Mr. Bank said. "In doing so, Hulu could become the definition of TV online."

Mr. Forssell, who replaced founding CEO Jason Kilar in March, was the company's senior VP of content, helping Hulu grow from a startup in 2007 to about $700 million in revenue in 2012, according to a March statement on the company's website.

Hulu is releasing 20 exclusive and original series this year and plans to boost that to 40 within two years, Mr. Forssell said in July. When possible, the service will provide all episodes of a show at once on Hulu Plus, the $8 a month service that has more than 4 million subscribers.

The company, which also attracts 30 million unique visitors a month to its free, advertiser-supported service, is taking a page from its larger competitor, Netflix, which releases whole seasons of new programs at once, letting eager viewers plow through all episodes quickly.

"It raises the question of whether advertising-driven streaming services will ever be successful without the support of subscription revenue," Ms. Martin said.