Online Video Powers Escalating Their Contest for Viewers and Advertisers
READ THIS NEXT
TikTok tactics: What to know about reaching audiences on the social media platform

Hulu has bought its first original scripted series, a political mockumentary called "Battleground," and added its second original unscripted series as the biggest players in online video fight for position with viewers and advertisers.

Hulu's announcement comes as Netflix prepares to start offering its first original series, "Lilyhammer," next month and YouTube continues work on $100 million worth of original content channels on its site. Hulu and Netflix are trying to ameliorate their overwhelming reliance on traditional TV networks and movie studios, while YouTube hopes high-polish programming can earn higher ad rates than amateur uploads. 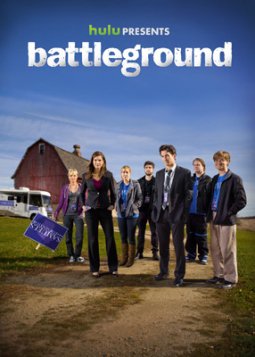 The downsides of depending entirely on networks and studios have become increasingly clear. One is the soaring cost. Most of the $500 million that Hulu recently said it plans to spend on content this year is expected to go toward rights for series that first aired on traditional TV. Another is networks' and studios' interest in protecting the status quo. Starz reportedly declined to renew its distribution deal with Netflix even at $300 million per year because Netflix refused to put the network's content on a premium tier costing subscribers extra. And Warner Bros. just got Netflix to accept a much longer delay before getting its movies.

Hulu has ordered 13 half-hour episodes of "Battleground" -- 22 minutes each -- to run on Tuesdays beginning Feb. 14. The show is being dubbed a "faux-documentary" about working on the campaign of a "distant third-place" candidate for the U.S. Senate.

According to Hulu Senior VP-Content Andy Forssell, the idea for the show came from actor J.D. Walsh, one of the show's three executive producers, who himself worked on a John Kerry campaign. Marc Webb, the director of "500 Days of Summer" and the forthcoming "The Amazing Spider-Man," is also an executive producer.

Additionally, Hulu picked up a documentary series called "Up to Speed," with six episodes to begin airing this summer. Filmmaker Richard Linklater, of "Dazed and Confused" fame, will direct the series, which will be hosted by Timothy "Speed" Levitch.

And Morgan Spurlock's "A Day in the Life," Hulu's first original series, is coming back for a second season with 10 new episodes, featuring personalities such as Joel McHale, host of E!'s "The Soup," and UFC fighter Jason Miller. Mr. Forssell said the show's first season was profitable, but declined to provide further metrics on its performance.

Hulu wants to act as a partner with the creators of its original series, said Mr. Forssell. "The creators and Hulu are sharing in almost any revenue stream that comes out of it," he said, declining to discuss specifics of the financial arrangements.

"The general pattern is that we want to be joined at the hip with the creators and have a sense of joint ownership," he said. "But in the end, they will retain primary ownership long-term. That's good for the marketplace and the right kind of relationship."

Hulu is likely to acquire more original programming, but will remain predominantly an outlet for distributing network and studio fare. "I think the mix will work out over time, but it'll remain balanced in the sense that studio and network stuff will always remain the majority of what we do," Mr. Forssell said.

All three of Hulu's original series will be available to both regular non-paying Hulu users as well as paying Hulu Plus subscribers. But Mr. Forssell acknowledged that some original content in the future could be walled off behind the Hulu Plus paywall.

"Initially, we want to get in front of a broad audience and make it easy for them to share," he said. "Where that goes three or four years from now, I don't know."