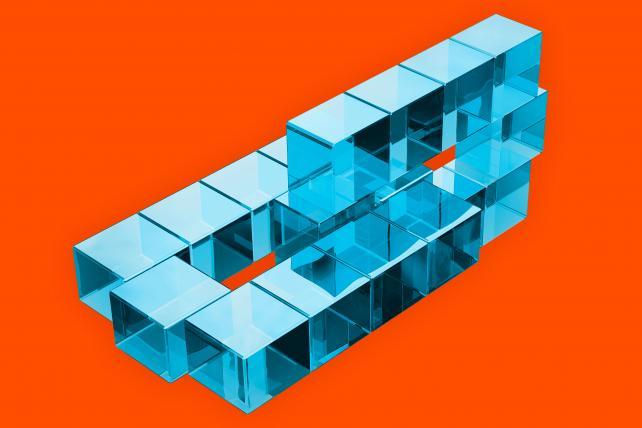 The Interactive Advertising Bureau released its first whitepaper on blockchain technology Thursday, highlighting how it believes the tech can improve the buying and selling of video ads.

The IAB says blockchain technology "is a natural fit for the digital advertising supply chain" with potential to increase efficiency, reduce costs and eliminate fraud. Blockchain can also significantly reduce the number of queries that ad-tech systems need to make each second; ensure that premium video inventory is bought and sold reliably; reduce the number of suppliers and increase transparency, according to the IAB.

To understand what blockchain is, picture the kind of physical ledger you'd see at a hotel or wedding—but with instantaneously updated copies around the world. With blockchain tech, when buyers and sellers complete a transaction, it's digitally recorded and verified by a group. Once recorded, it is impossible to change.

Because anyone can view the ledger, such a system eliminates the need for middlemen, which have become commonplace in the digital ad ecosystem. The tech also puts bad actors hellbent on bilking marketers out of lucrative video ad dollars at a severe disadvantage.

Alanna Gombert, global chief revenue officer at MetaX, a blockchain technology company specifically focused on digital advertising, says "group incentives and motives are clearly understood," adding that buyers and sellers can clearly see what each person wants to achieve. "This transparent level of communication amongst constituents does not exist in the advertising ecosystem today," she says.

"In the coming year, we expect to see some significant beta tests from both traditional media and new entrants," Gombert added. "Advertising will be tied more fully to the businesses it supports by using blockchain technology. The silos of the past will be broken down and increased communication and transparency will take hold. I look forward to it."

The IAB predicts 2018 as the year that a wide range of blockchain applications get rolled out, touching not only digital video but TV. "Long-form, premium video and TV advertising, with their high CPMs and low volume, is a compelling use case for blockchain," the whitepaper says, referring to the lofty prices to advertise in high-qualty video or on TV.

Eric John, deputy director of the IAB digital video center of excellence, says the trade body specifically focused on video because there is less inventory than in digital display. "This is important because speed can be one current challenge of utilizing blockchain for media and advertising," John says. "There are also fewer suppliers within the long-form or premium video advertising landscape. With this familiarity, the players may be more willing to enter this distributed peer-to-peer network that blockchain enables."

"Lastly, the over-the-top is fairly nascent," he adds, refering to TV delivered over the web. "Players are not as rooted in traditional business models and may be more motivated to innovate."

Still, despite the benefits, hurdles remain.

According to the IAB, video inventory, specifically over-the-top, is already in high demand with sellers. As a result, they're less likely to be open with experimenting with something new like blockchain tech. There are also less intermediaries with OTT, so the inefficiency of multiple middelmen is less obvious.

Some $5.2 billion was spent on digital video advertising through the first six months of 2017, according to the IAB.